How Equitable Development Dies a Death of a Thousand Cuts 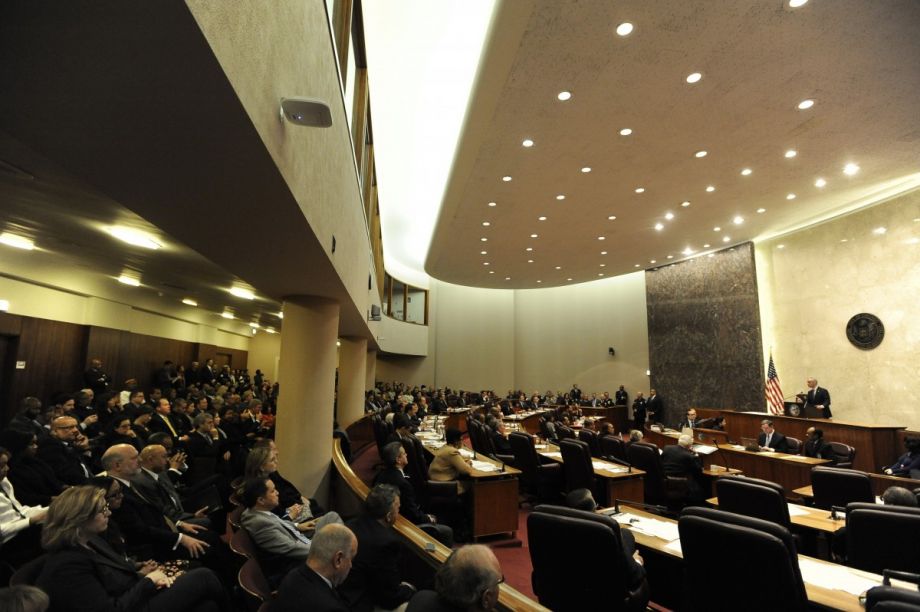 In 2016, a Chicago developer proposed building a 44-unit apartment building in Edison Park, a predominantly white neighborhood on the North Side of Chicago that consists of mostly single-family homes.

The developer needed a zoning change for the project. So following the normal protocol, the alderman who represented the ward kicked the proposal over to the local Zoning Advisory Council for consideration. Homeowners in the area packed some of the advisory council meetings to oppose the project as a bad fit for the neighborhood, with one neighbor saying, “I’m paying massive taxes to live here, so I want people who are living the same way as me.”

The developer offered to build condos instead of rental units and to lower the number of units to 30. And while Chicago’s Affordable Requirements Ordinance would have mandated that ten percent of the units be rented or sold at a reduced rate, the developer said he would sell one condo at a reduced rate and pay $250,000 in in-lieu fees. Still, the advisory council ultimately rejected the proposal, the alderman didn’t introduce the necessary zoning change, and the project died.

It was just one of the myriad examples of how Chicago’s aldermanic power over development keeps the city segregated, as outlined in a new report from the Chicago Area Fair Housing Alliance and the Sargent Shriver National Center on Poverty Law. Released last week, “A City Fragmented: How Race, Power and Aldermanic Prerogative Shape Chicago’s Neighborhoods” focuses on aldermanic prerogative, the unwritten rule that gives Chicago aldermen broad power to control development in their wards. The report is a comprehensive review of the tradition, outlining its history, its impact on patterns of residential segregation, and what can be done to overcome it.

The report finds that the practice of aldermanic prerogative locks racial biases in place with respect to housing, allowing predominantly white communities acting through their aldermen to prevent the development of the kinds of housing where Chicago’s low-income families — 93 percent of whom are families of color — are likely to be able to live. As a result, the vast majority of low-income housing for families has been built in overwhelmingly minority communities.

“This has been a known problem in the city of Chicago for some time, but no one has really analyzed it and analyzed it from a race equity lens, so we came together to do that,” says Kate Walz, director of litigation and housing justice at the Sargent Shriver National Center on Poverty Law and a co-author of the report.

Patricia Fron, executive director of the Chicago Area Fair Housing Alliance, says the report came out of conversations about how to create an anti-NIMBY effort in the city, focused on spreading affordable housing to all of its wards. But in thinking about how to change people’s attitudes toward housing and segregation, advocates realized that aldermanic traditions represented a major barrier.

“It’s not just that there are rich communities and poor communities,” Fron says. “There has been direct public policy that has really determined who has access to what communities.”

As the groups put it in a press release, Chicago’s political structure “supports an undercurrent of powerful racial biases and allows the desire to maintain neighborhood demographics to permeate local housing and community development decision-making.” Aldermanic prerogative means that individual aldermen can make final decisions about development in their wards, often without consideration of citywide goals or concerns.

According to the report, aldermanic prerogative has reduced the amount of space available for multifamily housing. Chicago is divided into 50 wards, but between 1970 and 2016, the 14 wards with majority-white populations have been responsible for more than half of Chicago land down-zoned or landmarked, both of which limit the potential for multifamily or affordable housing.

Over the last 25 years, less than 10 percent of city-approved loans for subsidized housing construction went to majority-white neighborhoods with low poverty, the report also found. And individual aldermen have found ways to get around the Affordable Requirements Ordinance when their communities are opposed to those aspects of new development projects, like in the Edison Park case.

“It’s death by a thousand cuts,” Walz adds. “They just sort of slowly pick away at the project until it really doesn’t have any component of real affordability and of meeting the needs of low-income Chicago residents. And I think that really does violate the spirit of the Affordable Requirements Ordinance.”

Other cities have similar unwritten rules and traditions — in New York City, it’s called “member deference.” Three years ago, the Pew Charitable Trusts released a report about councilmanic prerogative in Philadelphia, outlining many of the same practices highlighted in the Chicago report. That report (which included research from this reporter) found that Chicago and Philadelphia were at the head of the pack with respect to the power of officials representing individual districts or wards.

The Chicago report arrives at a time when other groups are taking aim at residential segregation in Chicago as well. Walz sees some momentum toward ending hyperlocal control but knows that ending aldermanic prerogative would require aldermen giving up power, which could be a challenge.

To overcome the worst impacts of aldermanic prerogative, the report recommends creating a citywide comprehensive plan that’s based on racial equity, centralizing the zoning process, removing requirements for local aldermanic approval in certain publicly funded projects, weakening the power of Zoning Advisory Councils, and other legislative and practical changes. Overall, the city needs to commit to building more affordable housing in every ward, Walz says.

“I think if aldermen are truly committed to advancing the city as a great and inclusive city, they have to prioritize that objective over their own source of power,” she says. “Will that be given up voluntarily? I don’t know. That’s really up to them. As a civil rights attorney, I hope they do, but if they don’t, there are other means to get them there.”