How Do You Earthquake-Proof a City With 150,000 Elevators? – Next City

How Do You Earthquake-Proof a City With 150,000 Elevators? 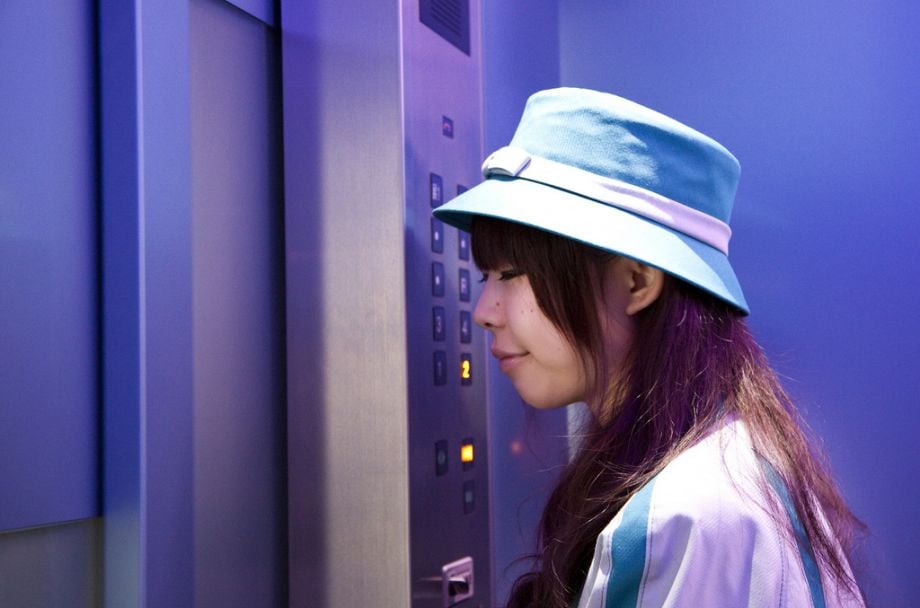 The infamous elevator scene in the disaster movie Earthquake has earned a special place in film-kitsch history. In the scene, a huge earthquake has struck, and a group of office workers are attempting to evacuate their high-rise. Their crowded elevator makes it down a few floors before the cable snaps and it free-falls to the ground floor, where it smashes in an comically absurd splatter of fake blood. (An original, more realistic scene that was considered too graphic was cut).

In reality, earthquake deaths caused by elevators are surprisingly rare. In fact, up to this point in time there’s never been a single recorded incident of a person dying in an elevator during an earthquake in Tokyo. This isn’t to say that elevators don’t pose a risk in earthquakes — only that people don’t tend to plunge to their deaths in them. The far greater danger is people getting trapped in elevators that have stopped and stay stuck for days.

There are some 150,000 elevators in Tokyo, according to the Japan Elevator Association, a number that increases each time the city’s skyline grows another spike. The number of high-rises in Tokyo has tripled since 2000. According to real estate research firm Tokyo Kantei Co., at the turn of the century there were 78 high-rise condominiums in Tokyo with 20 or more floors. By November 2013, there were 308.

For this reason, the risk of elevator entrapment is something the Tokyo Metropolitan Government (TMG) is increasingly concerned about. Over the past twenty years there have been three major earthquakes that affected elevators in Tokyo. The first was the Tokyo Bay Earthquake on February 2, 1992, which registered a five on the Japanese seismic intensity scale. Most elevators in Tokyo were automatically stopped and took a full day to restart. On July 23, 2005, an earthquake off Chiba also reached level five, stopping about 64,000 elevators. Most recently the 9.0-magnitude East Japan Great Earthquake, on March 11, 2011 trapped people in at least 84 elevators for more than nine hours before they were freed by rescuers.

High rise apartment blocks along a Tokyo river. In 2000 there were 78 high-rise condominiums in Tokyo with 20 floors or more above ground. By 2013 that number had risen to 308.

After the quake-related mass elevator stoppages in 1992 and 2005, Tokyo created a local public body called the Japan Elevator Association Kanto Branch (JEA) to research the issue. Based on a 2006 estimate, a 7.3 earthquake with an epicenter near the city would result in over 9,000 people being confined. That number was more recently raised to 17,000 to reflect the growing number of condominiums.

Since its creation, the JEA has identified three methods to prevent people from becoming stuck in elevators during earthquakes. The first employs a sensor that detects the preliminary P-waves of an earthquake — the less intense ones that hit before the more dangerous S-waves arrive. As soon as it detects P-waves, the sensor halts the elevator at the nearest floor and lets people out. But this only works when the epicenter of the earthquake is far enough away to allow time to do this.

Another method involves a backup power source that moves the car to the nearest floor even after the main power source is cut. Only about 60 percent of elevators in Japan are designed to stop at the nearest floor and open the door automatically in the event of a significant earthquake, according to a report by the JEA.

The third solution requires an elevator to be restarted by a technician after it has passed a series of safety checks. It’s this final method that forces people to wait to be freed by a technician or emergency services. In the event of a catastrophic earthquake, this can take a long time, as buildings may initially be unsafe to enter. Getting around this problem is something researchers are working on.

Screenshot from an short animated film on the Japan Elevator Association’s website showing how elevators equipped with special sensors will react to an earthquake, but letting people off at the nearest floor. Image credit: JEA

In a 2006 article entitled “Recent Trends in Earthquake Disaster Management in Japan,” Katsutoshi Suganuma from the Science and Technology Foresight Center writes, “Elevators should be equipped on the inside with devices for manually opening doors, similar to the emergency doors on trains, so that people can escape safely.” Furthermore, the TMG has recommend a “one building, one elevator restoration” rule, where only a single elevator per building will be reactivated after an earthquake, reducing the time to reach all affected buildings by 30 percent.

It’s not just the TMG and JEA taking responsibility. Jiji Press reports that Tokyo’s Chiyoda Ward office has started to provide elevator emergency kits to local condominiums. The kits include drinking water and blankets in boxes that will “double as portable toilets” for people trapped inside. Another Tokyo ward, Itabashi, aims to have the elevators in its public facilities equipped with similar kits by the end of March 2014.

It all brings to mind scenes from JG Ballard’s 1975 novel High Rise, in which the inhabitants of a tall apartment building turn to savages as more and more of their high-speed elevators stop working. “Robert, what is happening? Everything seems to be in a state of crisis — I’m frightened to step into an elevator by myself,” says one character, to which her companion responds, “Charlotte, things aren’t that bad… There’s nothing to worry about.” Hopefully he’s right.