How Developers Are Remaking Boston’s Transit System – Next City 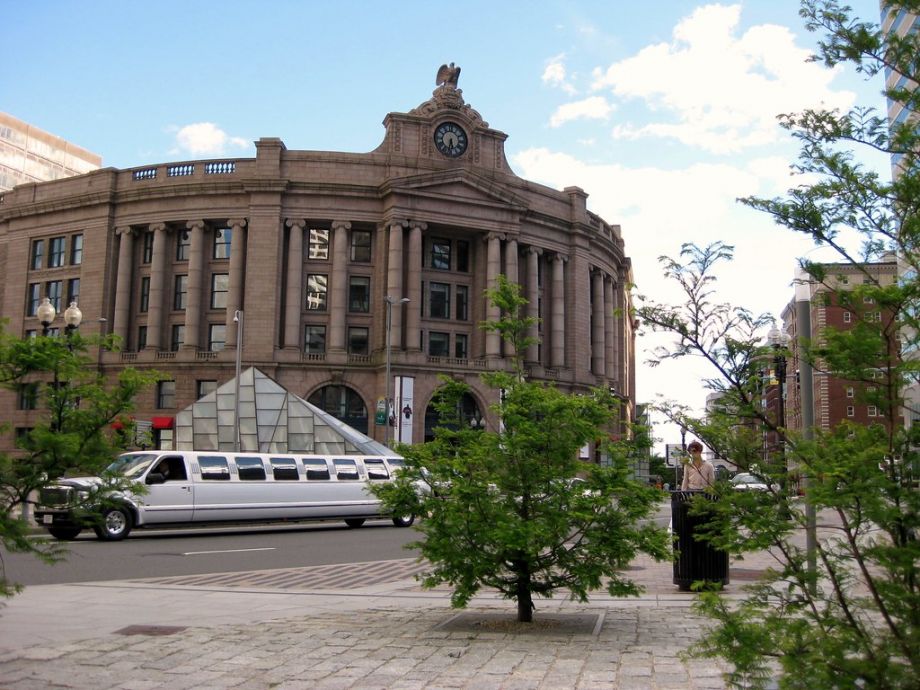 Developers Ante Up for MBTA Improvements; Massachusetts Seeks to Encourage Them

The agency that runs the first subway in the United States has both a backlog of deferred maintenance needs and a wishlist of improvements it would like to make to its regional transit system. To help pay for both, the Massachusetts Bay Transportation Authority is turning to some of the people most likely to benefit in a big way from the spending: Real estate developers.

An article in the development industry news outlet Bisnow goes into some detail about what developers have already spent to build new facilities for the MBTA, what improvement projects they would like to see happen, and what Massachusetts is doing to further plug them into the transit improvement pipeline.

In addition to fixing existing infrastructure — a need underscored by a June Red Line derailment that continues to hobble service on one of the T’s busiest lines — transit advocates are engaged in a tug-of-war over regional rail improvements. Former Massachusetts Gov. Michael Dukakis is leading the charge to finally build a long-discussed underground rail link between North and South Stations, the city’s two downtown regional rail terminals, while current Gov. Charlie Baker supports a plan to add more tracks to South Station instead.

The article suggests that the tunnel would stimulate more development than the South Station expansion because the latter would require additional land to store trains in the middle of the day. A no-longer-used U.S. Postal Service facility next to South Station and the Beacon Park Yard rail yard in Allston have been identified as likely sites for the storage. Building the tunnel instead would free the sites for development.

Lucas Santos, a former transportation director for state representative and longshot Democratic presidential candidate Seth Moulton, estimates that building the North-South Rail Link would trigger $10 billion in new development, enough to make building the tunnel worthwhile, depending on whose numbers one buys. A feasibility study the Massachusetts Department of Transportation conducted in 2018 estimates the tunnel would cost anywhere from $9 billion to $18 billion to build, while a more recent Harvard study placed the cost at a more reasonable $4.5 billion to $6 billion.

And because developers stand to win big in the wake of rail infrastructure improvements, Baker is pushing legislation that would make it easier for the MBTA to use public-private partnerships as a means of financing and building mass transit improvements.

Even without the legislation, however, developers are already putting their own money into new and upgraded facilities. The article notes that NB Development Group, a development subsidiary of running-shoe maker New Balance, paid to build a new infill regional rail station serving its Boston Landing development in Boston’s Brighton section. Similarly, a public-private partnership including Federal Realty Investment Trust spent $100 million on a new infill station on the Orange Line that stimulated the Assembly Square/Assembly Row project on the site of a former auto assembly plant in Somerville.

The industrial and port center of Barcelona in Spain’s Catalonia region currently has six tram lines. Three lines operate in the city’s western reaches, while the other three serve the southeast part of the city. No connection exists between the two, but thanks to a decision by the city’s transit authority, that will soon change.

Metro Report International reports that the agency, ATM, announced July 23 that it will proceed with a project that will build a line along Avinguda Diagonal that will link the two systems. The 4.3-km (2.7-mile) line will run from Francesc Macià in the west, where lines 1, 2 and 3 terminate, to Glòries, a station on Metro Line 1 where lines 4, 5 and 6 end.

Barcelona voters rejected the project in a 2010 referendum, but it was revived by Barcelona Mayor Ada Colau this year as a means of reducing car traffic on Avinguda Diagonal.

The system, which cost €259.9 million (US$289.75 million) to build, comprises three lines, 37 stations and 16.2 km (10.1 miles) of route. Line T1 runs north-south from Hérouville-Saint-Clair to Ifs Jean-Villar; line T2 connects Campus 2 with Presqu’Ile in the city center, and Line T3 runs between Château-Quatrans in the city center and Fleury-sur-Orne.

The system replaces a 15.7-km (9.75-mile) guided trolleybus network that was plagued with technical problems from its opening in November 2002 to its closing in December 2017. The new system also has greater capacity, as each of the 23 Alstom Citadis 305 low-floor LRVs can hold 210 passengers, 80 more than the TVR trolleybuses.

The tram system is part of the city’s Twisto transit system, which Keolis operates for the city under a six-year contract that began in January 2018.