How Davos Is Reacting to the Global Housing Crisis – Next City

How Davos Is Reacting to the Global Housing Crisis 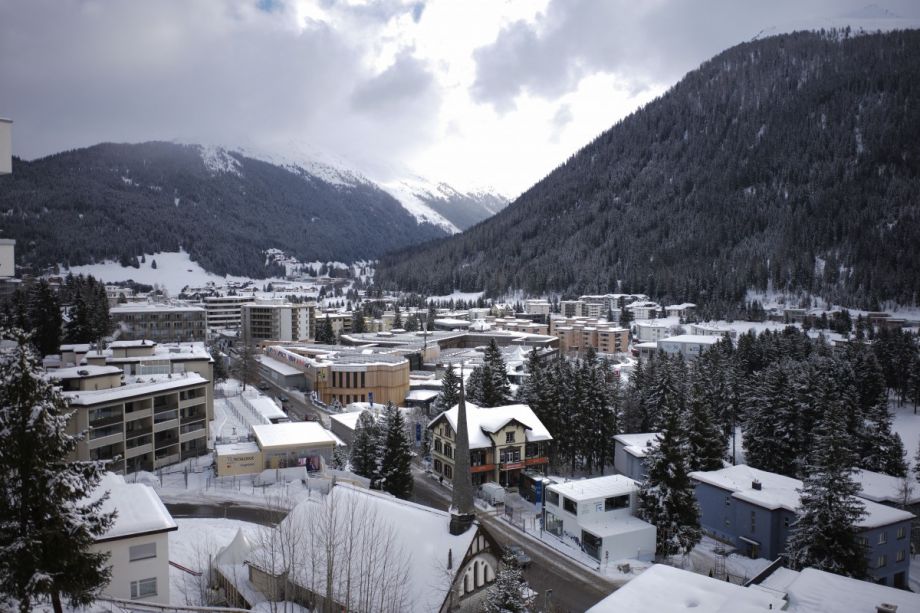 The World Economic Forum’s annual meeting in Davos, Switzerland, last month was framed as a showdown between teenage climate activist Greta Thunberg and climate-denying U.S. president Donald Trump. But on the sidelines of the annual confab in the Swiss Alps — alternately called a vital barometer of global social, political and economic trends and derided as a superfluous elite exercise — affordable housing crept into the frame.

Coordinating that conversation falls to Alice Charles, an Irish planner who manages the World Economic Forum’s research and convenings on urban issues. In June 2019, the forum produced its first major report on the issue, “Making Affordable Housing a Reality in Cities.”

Next City sat down with Alice Charles at World Urban Forum 10 in Abu Dhabi. This interview has been edited for length and clarity.

How was affordable housing discussed on the agenda at Davos this year?

The real estate and urban services community fully recognized the need for affordable housing as giving way to unrest in many cities around the world and it was felt that that situation will get worse. They also recognized as an industry that there’s oversupply to the upper end and undersupply to the middle and lower end of the market. They recognize that there needs to be leadership in financing institutions willing to invest in affordable housing.

They talked about different policy instruments that are being developed in different parts of the world, everything from rent caps to net zero-carbon buildings to stopping demolitions with an emphasis on implementable policy, which is where the private sector, civil society and academia are brought into the room to co-design, to speak to each other as policy is being designed. Policy that’s not capable of implementation is politically charged policy that hasn’t been designed with all of the multitude of stakeholders.

What is an example of more unilateral housing policy that doesn’t meet those criteria?

With the very best of intentions, Berlin brought a rent cap in at the end of 2019 and they’re suggesting the rents need to revert to 2013 levels. But there will be lawsuits and nothing will happen. The construction and real estate industry will stop work until the legal challenges have been sorted. You need to think of the unintended consequences associated with policy. Conversely, if you were going to create a scenario whereby government just opened the door to the private sector to create policy, then that’s not the way to go either.

Where have you seen a successful effort to “co-design” policy related to the built environment?

We want to have net-zero carbon buildings by 2030. While there was some praise for the European Commission’s Green Deal, the real estate sector very much praised the Netherlands’ Green Deal. Prime Minister Mark Rutte engaged civil society, academia, business leaders and cities. He told them: “Help me develop a policy that is capable of implementation.” To get the ball rolling, he introduced a requirement that all commercial real estate for rent must have a building energy rating of C or above by January 1, 2023. That mandate has completely changed the commercial real estate stock in the entire country.

How did the Dutch get everybody around the table?

What the Netherlands did in terms of trying to build trust, all the different communities they brought together knew that, okay, we all have the overall same vision in this case. Wouldn’t it be great to have net-zero carbon buildings? But they’re coming at it from different perspectives and if you allow them to transparently air their perspectives, you can seek to create some kind of balanced policy.

At the end of the day, the private sector does not want to find themselves operating within a system where you have unrest on the streets. Housing groups do not want more people to be homeless. And government certainly doesn’t want that. So everybody is aligned in their objective that they want to solve the problem.

However, in terms of trying to reach the net zero carbon agenda, if you look at Germany for example, construction costs have gone up about 30 percent in the last five years. Unless we embrace a totally new way of developing buildings, we can potentially make the affordable housing challenge even worse with our wonderful ambition.

Were there any solutions proposed for reining in construction costs?

The construction industry isn’t efficient. My grandfather was an engineer on the Empire State building. It took 12 months to complete. If you were building that building today, it probably would take five years at least. In the last hundred years in construction, we haven’t really moved on significantly.

We have an industry that hasn’t embraced technology to the same extent as other industries and we have building codes that are completely different between every city, town, and country. If you’re manufacturing a car anywhere in the world the standards are relatively similar. But if you’re building a house anywhere in the world, the standards are all different. We would like to take that agenda to the G20 for more harmonized building codes across countries, so that you could start to think about how we could get to where the car industry is.

There are only a few hundred models of cars in the world. Wouldn’t such limited housing typologies make for homogenous cities?

The facade of a building is not the principle part of the construction. There’s a lot of the building that could be prefabricated offsite in a relatively standard way with facades relating to the local context and climate. You couldn’t just have one standard type of house that you’re going to manufacture for every single location, but it would be good to get typologies.

But construction costs are only one part of the equation for real estate development. What about the cost and availability of land? Especially in so-called “hedge cities” where global investors park capital.

But in any city in the world, there’s vacant stock. That stock could be public housing stock that needs to be redeveloped or it could be private investors have invested in that particular market but it’s not occupied. It’s really important to understand what level of my stock in my city is vacant at any one point in time. Melbourne has done it. They’re smart metering for water and now they’re able to see water is not being used here, so that indicates vacancy. Paris and Vancouver are looking at electricity use.

You need data first of all to inform what is the level of my vacancy. Once you know the level of your vacancy, you can develop a measure that hones in on that level of vacancy. Former London Mayor Ken Livingston threatened private investors with compulsory purchase orders unless they made certain properties available to the market within a period of time.

Vulture funds buy a lot of property where people are already renting. They often will serve them with eviction notices and in some cases they just leave it empty, wait for the uplift, and then they sell. Vacant home taxes are measures to deal with this, but first you need to know: Do I have a vacancy problem in my city?

Calling out real estate speculation sounds very radical for the World Economic Forum. Has the Davos set come around to realizing that housing should not be treated as a commodity?

What amazed me was how much this issue is concerning CEOs in the real estate sector. They said to government, “You have a leading role to play. We can’t just fix the problem.” But there’s also a role for financiers and understanding the market opportunity here. The other day I had a call with a bank that’s dedicated $300 billion recently to sustainable investing. The second part of our conversation was about affordable housing. That’s really positive when you’re starting to hear banks thinking about that. Our job in the World Economic Forum is to get the banks, the real estate companies, government, civil society and academia to start having that conversation at the macro level, and they need to take it on to their countries and cities.

Somebody said to me in that meeting: “We need a Greta for affordable housing.” We need somebody at the global level to highlight this issue and we need a global movement to address the affordable housing crisis.