How Chicago Could Build Equity Into Transportation – Next City

How Chicago Could Build Equity Into Transportation 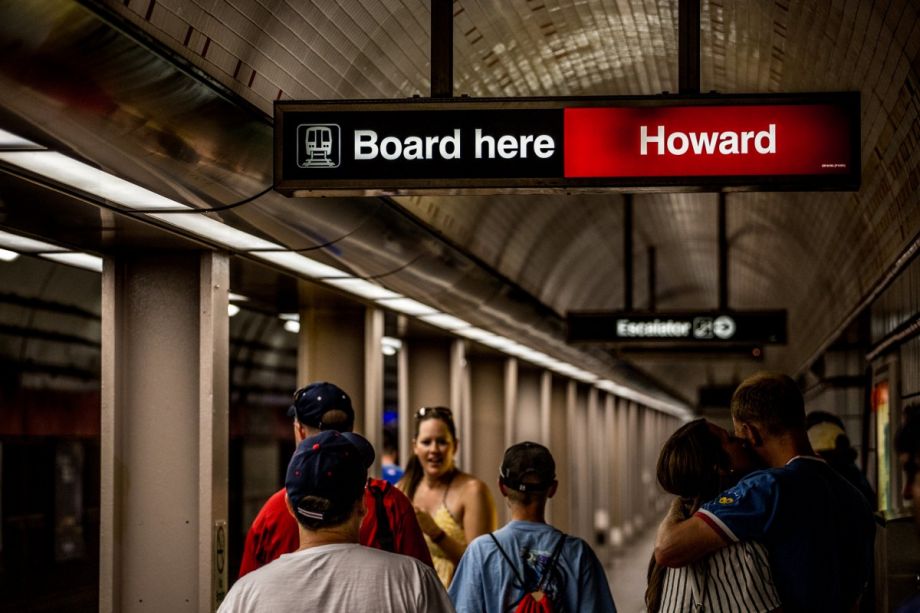 A new report by the Chicago Metropolitan Agency for Planning underscores the disproportionate transportation cost burden borne by low-income drivers and transit users and lays out some broad recommendations to improve equity.

The report, produced in support of the agency’s ON TO 2050 regional plan and with input from a stakeholder and partner group, first presents data about Chicago metropolitan area low-income households and the types of transportation costs that weigh more heavily on them.

Transportation expenses eat up 16% of income for residents with low incomes in the region, compared to 6% for high-income residents, the study found. Many low-income residents live in areas far from job locations and poorly-connected to efficient transit options, and driving remains an important way to meet daily needs.

“This finding highlights the need to focus on making sure we have a connected transit system,” said Hollander, “and the need to help households with lower income lower their costs.”

Among low-income residents, a sizable number are unbanked or underbanked. Relying heavily on cash transactions makes it difficult to access cost savings offered by the I-PASS transponder system for highway tolls or even the time savings of online fee and fare payments. And for those whose cash flow is tight, with or without bank accounts, the upfront cost of an unlimited fare pass can block access to transit fare and transfer savings.

Fines for traffic and transit violations also take a disproportionate bite. For a driver earning 60% of the area median income, the fine for a broken headlight could equal half of a week’s pay. The $300 fine for skipping a Chicago Transit Authority fare is more than for speeding in a school zone. Even parking tickets can start a spiral into bankruptcy.

A good number of CMAP’s recommendations focus on reducing car-related fees and fines. Illinois and the Chicago region have made some steps already, for instance, a criminal justice reform bill signed this year halts the practice of imposing driver’s license suspensions for unpaid traffic fines, and the Illinois Tollway in 2020 slashed fees for missed toll payments.

The report lists some broad positive actions such as investing in transit reliability and availability improvements and increasing access to bicycling, walking and vanpooling. Other proposals are more specific, like ensuring multiple payment options and locations for parking fees and transit passes to ease access for people without credit cards or online purchasing capability.

Some recommendations aim to reduce the severe effects of fees and penalties, including implementing income-based fine levels (as is common in Scandinavia) and offering alternatives to monetary fines, such as the “fix-it ticket” system in California where drivers can show proof of repair to avoid a fine. The report also recommends that the city of Chicago and Chicago Public Schools end their practice of refusing to employ people who owe money to the city.

For public transit equity, the report recommends expanding reduced fare eligibility. In the Chicago region, lower fares currently are offered to certain groups—seniors, people with disabilities, military personnel, children, students. CMAP proposes adding low-income people to this list, with the criterion being people who earn up to 200% of the federal poverty level.

Implementing the recommendations will require policy changes and buy-in from numerous entities, not to mention significant investment. CMAP concludes with an acknowledgment that the proposed changes could reduce revenues for transportation agencies, government budgets and the court system, and that for transit improvements especially, additional revenue sources will have to be identified.

But successful models do exist for many of the recommendations.

Hayley Richardson, a senior communications associate at the national transit advocacy group TransitCenter, notes that transit systems increasingly are reforming fare enforcement to be less costly and less criminalizing, for instance, moving fare evasion from a criminal to a civil penalty and delegating enforcement to non-armed inspectors rather than police.

She cites San Francisco’s SMFTA as a good example, where the fine has been reduced to $100 and citations are managed within the transit system so violators don’t accrue additional fees as they would in the court system. In Portland, Oregon, the TriMet system aims for a non-punitive response: People stopped for not paying the fare are informed about the low-income discount fare program.

“The interaction is more educational,” Richardson said. “And they offer the option of community service instead of fines.”

Richardson cites Seattle’s King County Metro as one of the best examples of overall commitment to equity, with not only a policy of income-based fares, but a program to ensure that passes reach the hands of eligible residents through human service agencies.

“If they qualify, they get them. It’s seamless,” she said of the King County program. “The number of people who qualify vs. those who use the program is nearly commensurate, I think.”

When it comes to the sting of upfront fare pass costs, one solution is to institute fare-capping, as transit agencies in Dallas, Portland, Oregon and other cities have done. In fare-capping, single-ride fares are charged until they hit the cost of an unlimited-ride pass, after which they’re free.

The CMAP report stops short of recommending fare-capping (though its 2050 plan does so), focusing on expanding reduced-fare eligibility instead. All fare reductions have tradeoffs, and CMAP’s Hollander noted that fare-capping could end up providing assistance to higher-income households and ultimately discourage the purchase of monthly passes.

Sometimes, a report can jumpstart change.

Within a few months of the report, the MBTA purchased the buses, and now is working to acquire land for additional bus garage capacity, said Stacy Thompson, Livable Streets’ executive director.

“So things are happening,” she said. “Not as quickly as we’d like, but they’re happening.”

Thompson’s organization advocates for more ambitious change than the CMAP proposals, including free bus transit. She and others argue that eliminating bus fares doesn’t actually cost much in the grand scheme of things, achieves the goal of making transit serve everyone, and wipes away the expense and conflict potential of fare enforcement.

“If you look at the money collected on buses, it’s a pretty small sum,” she said. “Wouldn’t it be great if our transit authorities had enough funding to not worry about racial profiling and policing fare evasion? A lot of fare enforcement issues play out on the bus. The highest incidence of driver assault is related to fare collection.”

She added, “We are often willing to spend a lot of money on fare enforcement. But wouldn’t it make sense to make public transit free, as a public good like public libraries and public health? We believe the benefit of free fares outweigh costs.”

All of that is not to discount CMAP’s somewhat milder recommendations, she notes.

“This is the first time we’ve looked at this data so comprehensively,” she said. “We need to be prepared so if the American Jobs Plan comes to fruition, we are ready to grow our economy here. As program dollars come to this region, this will help assess which particular projects would be best.”

The study was a year and a half in the making, but 2020’s pandemic and racial justice reckoning helped spotlight some key issues.

“As our government partners are feeling pressure from advocates, they are becoming more aware of implicit bias in the way we use land,” Aleman said. “But sometimes it feels to them like, ‘This is really overwhelming—how do we bring more equity into what we’re doing?’ This is a way to spell out some solutions.”

This article is part of The Clean Slate, a series about how cities can use technology and policy to eliminate unjust fines, fees, and other barriers to economic mobility. The Clean Slate is generously supported by the Solutions Journalism Network.