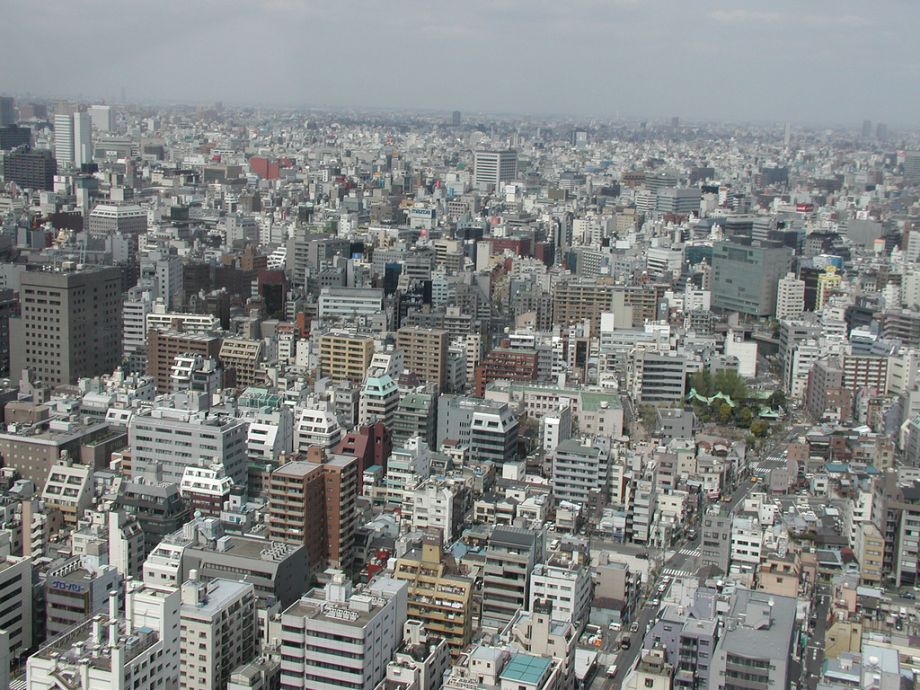 There is perhaps no other city in the world so accustomed to its own destruction as Tokyo. Photo credit: Rob Lee

“When I was very young, my father bought two catfish and put them in a pond in the garden,” says Kaori Sakurai, a resident of Tokyo’s Shibuya neighborhood. These two fish were kept by the Sakurais as a primitive earthquake warning system; it has long been said in Japan that catfish will act erratically in the days before an earthquake. Their alleged forecasting skills aren’t incidental – in Japanese folklore, earthquakes are caused by a giant catfish stirring far beneath the country as it escapes the hold of the god Kashima.

Today, disaster preparedness in Tokyo remains a significant part of everyday life, and residents here have found more reliable safety measures than catfish in a garden pond. Indeed, resiliency issues can easily become quotidian when you live in one of Earth’s most disaster-prone cities. According to a recent study of 616 cities by global reinsurer Swiss Re, the Tokyo-Yokohama area is the “riskiest metropolitan area in the world.”

Residents of Tokyo know this all too well. During its 400 year history, the city has had to rebuild itself multiple times due to earthquakes, typhoons, floods, fires and wartime bombings. With each incident, its disaster preparedness and adaptive mechanisms have become more multi-layered, and the city has developed sophisticated forms of urban resilience that have allowed it to flourish against considerable odds. 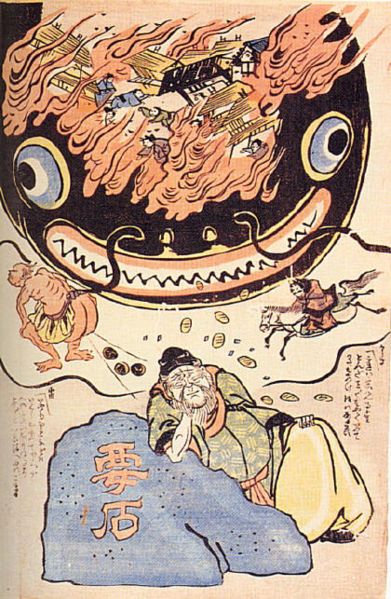 That subterranean catfish cause earthquakes has long been a part of Japanese lore.

Modern Tokyo has weathered all sorts of shocks, from terrorist attacks to economic crises to widespread destruction during World War 2. But through it all, earthquakes have arguably remained its most pressing challenge. The city’s earthquake mitigation efforts trace back almost to the day it was founded, but the modern earthquake resilience it boasts today was born on September 1, 1923. On that day, the 7.9 magnitude Great Kanto Earthquake killed over 143,000, some in collapsed wooden buildings, but most due to fires, proving that earthquake mitigation is about more than constructing buildings that won’t fall down. Equally powerful earthquakes struck the Tokyo region in 1703 and 1855, and the city is overdue for another major one.

Following the 1923 earthquake many Tokyo residents moved from the dangerous floodplains of the old downtown area called Shitamachi, to Yamanote, the hilly western side of the city. The government also created hiyokechi, open spaces of land between buildings, which would act as firebreaks and evacuation points, many of which double as community parks and playgrounds.

In 1961 the government passed the Disaster Countermeasures Basic Act, created in response to the Ise Bay typhoon that killed 5,000 Japanese two years earlier. This act forms the foundation for much of the legislation addressing disaster mitigation in Japan today. It created Japan’s Central Disaster Management Council, which is headed by the prime minister. And at the city level, in central Shinjuku, the Tokyo Metropolitan Government (TMG) created the Tokyo Metropolitan Disaster Prevention Center, a local disaster response and monitoring base. In the event of a large-scale emergency in Tokyo, the Urban Renewal Headquarters on Tokyo Bay will double as a temporary base of operations, coordinating the arrival of aid and assisting with recovery.

More recently, the city has embarked on a campaign to retrofit old buildings. The TMG’s Bureau of Urban Development has two goals: to make the city “incombustible” and “unbreakable.” At present, 21 percent of buildings in Japan were built before 1981, making them unsafe, according to the TMG. The 1995 Great Hanshin Earthquake in Kobe in particular gave new urgency to legislation for greater construction standards, as many buildings that were previously considered safe collapsed. “As we saw in the 1995 Hanshin Quake, anything built before 1981 poses a higher risk of human death, and isn’t resistant to earthquakes” says Hiroshi Ikishima, a Disaster Prevention Specialist working with the TMG. Retrofits are encouraged and enforced, and building owners are assisted in this through generous subsidies and tax reductions. Diagnosis of the seismic capabilities of a building are generally free, but for the actual retrofits owners pay part of the cost, depending on the size of the property. The TMG’s goal is to make 95 percent of the buildings in Tokyo safe in the event of a magnitude 7.3 earthquake by 2020. In the wake of the 2011 quake and tsunami, the TMG has also been forced to consider liquefaction as another hazard for building, as a number of properties lining Tokyo Bay (most notably Disneyland) suffered from water bubbling up from the earth’s surface.

Tokyo has also made strides in information dissemination. In 2007 The Japan Meteorological Agency (JMA) installed one of the most advanced Earthquake Early Warning (EEW) systems in the world. The system is comprised of over 4,000 seismometers installed around Japan. When two of these record the early P-waves of an earthquake, the JMA immediately distributes a warning to broadcasters, mobile phone companies and other public services. It’s a process performed at incredible speed — for instance, although the EEW underestimated the severity of the 2011 earthquake and subsequent tsunami, it did deliver a rapid warning and has been credited with saving many lives. In the event of a large Tokyo earthquake loudspeakers placed throughout the city will be used by the EEW, giving people vital seconds to extinguish flames and take cover.

The EEW could theoretically be used during other emergencies, too. Levees that protect the city from river floods may not be high enough to weather a 200-year storm, and TMG estimates that if the levees along the banks of the Tonegawa and Arakawa Rivers are destroyed, it would leave up to 2,600 dead, 1.1 million stranded and cause 33 trillion yen ($322 billion) in damages. The Tokyo metro system is also vulnerable, as evidenced in 1995 when it became the site of the world’s first terrorist attack using chemical weapons, leaving 13 dead. And lest we forget, the city also has a 3,776-meter volcano at its back. Although it hasn’t erupted since 1707, Mt. Fuji is still active and is closely monitored by the JMA.

There is perhaps no other city in the world so accustomed to its own destruction. That Tokyo has risen from the rubble so many times speaks to its innate resilience. Even more astonishing is the fact that, after its many resurrections, it is considered by many to be the most modern and functional urban success story in world history. But the threats are ever-present. While writing this article, the catfish below Tokyo stirred again, causing a 7.2 magnitude earthquake off the coast of Fukushima, strong enough to send city residents hustling outside at two in the morning. In Tokyo, being conscious of disasters sometimes keeps you up at night. Being prepared keeps you alive.