How California Cities Can Get Better at Trash – Next City

How California Cities Can Get Better at Trash 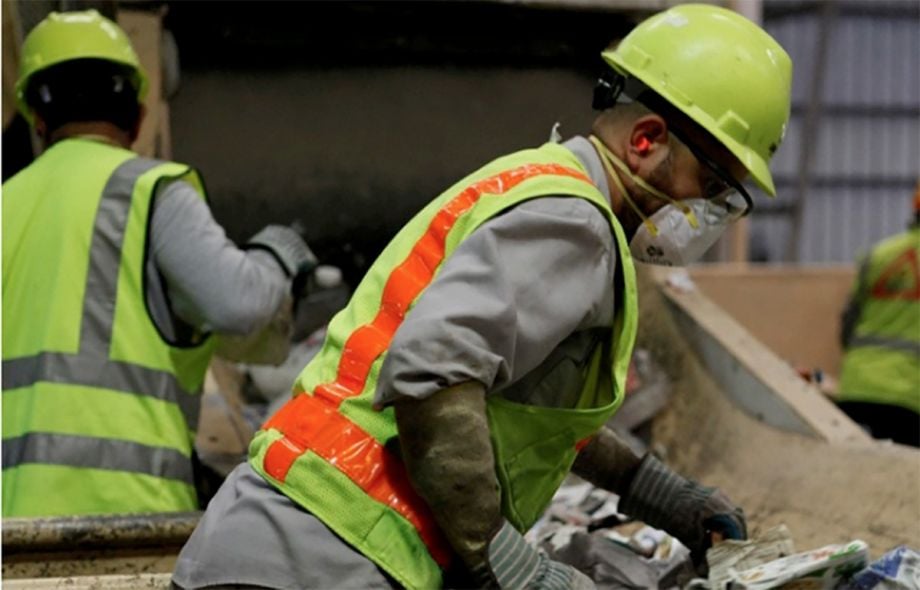 With a statewide goal to reduce landfilling by 75 percent, Southern California is on a waste management journey that could end up being a model for municipalities across the country. To help shepherd the region to those ambitious goals, the Los Angeles Alliance for a New Economy (LAANE) released what it’s calling a “blueprint” this week detailing how the region can improve its waste and recycling systems.

The report calls for California to adopt an “exclusive” franchise system for managing waste. Trash companies would compete to win city contracts in a given zone and then have exclusive rights to that zone. The approach gives cities tighter control over how their waste is managed, and they have more flexibility in meeting residents’ specific needs. According to LAANE, open permit systems and non-exclusive franchise systems lack accountability mechanisms and end up being more costly for residents.

“Multiple haulers pick up waste from customers all over the city, exacerbating trucks’ impacts; LAANE found up to 10 different haulers on one block. Additionally, under open permit systems, federal law may preempt clean truck fleet requirements imposed by local jurisdictions,” the study notes.

With an exclusive franchise system, routes are better planned and coordinated, reducing the carbon footprint of garbage services and saving the city money.

Many cities in the region have already moved to exclusive franchise systems. Back in April 2014, the City of Los Angeles adopted the approach as part of its plans to eventually divert 90 percent of waste from landfills by 2025. The new system will be fully implemented by 2017, and this report calls for all of Southern California to follow suit. LAANE notes that franchise fees can be used to fund education, system administration and recycling programming.

Cities will save money, energy, and water, as well as reduce air pollution and demand for virgin materials: recycling an aluminum can uses 95 percent less energy than creating a new can, and one ton of recycled paper saves 7,000 gallons of water over virgin paper.

After four years of drought, saving water is a top priority among Californians.

Currently, a lack of competition in waste management leads to lower-paying, dangerous work, according to LAANE. The average waste collection driver makes about $16 an hour, which is more than minimum wage, but they are often victims of wage theft, work unpaid overtime or work without lunch breaks. Commercial, unionized companies pay workers better, LAANE finds. At one unionized San Francisco company, commercial drivers’ compensation starts at over $40 an hour. Treat garbage collectors better, LAANE says, and the whole community wins:

Permanent employees help build civic strength, as residents interact with their collection workers each week. In one heartwarming story, an Ojai family made a special connection with their recyclables collection driver. Their young son, Daniel, is autistic — and is fascinated by garbage trucks. The driver, Manuel (whom, in a video of the interaction, the family knows by name), gave the boy a replica truck, making the boy’s day.

By adopting a zero waste initiative, Southern California is following in the footsteps of cities like San Francisco, Oakland, San Jose, Seattle and Austin. According to LAANE, L.A. County’s landfills could run out of capacity as early as 2016, and cost hundreds of millions of dollars a year to operate. Alternatives like incineration would cost more money. As LAANE details in the new report, reducing waste is the efficient and affordable answer.

“I have been committed to this initiative since day one, but achieving the crucial goal of zero waste — and realizing the climate, livability and economic benefits it brings — will require a regional, state and national approach,” Los Angeles Mayor Eric Garcetti said. “As cities, we must move forward together.”