How Boston Is Building the Hotels.com of Public Schools – Next City

How Boston Is Building the Hotels.com of Public Schools 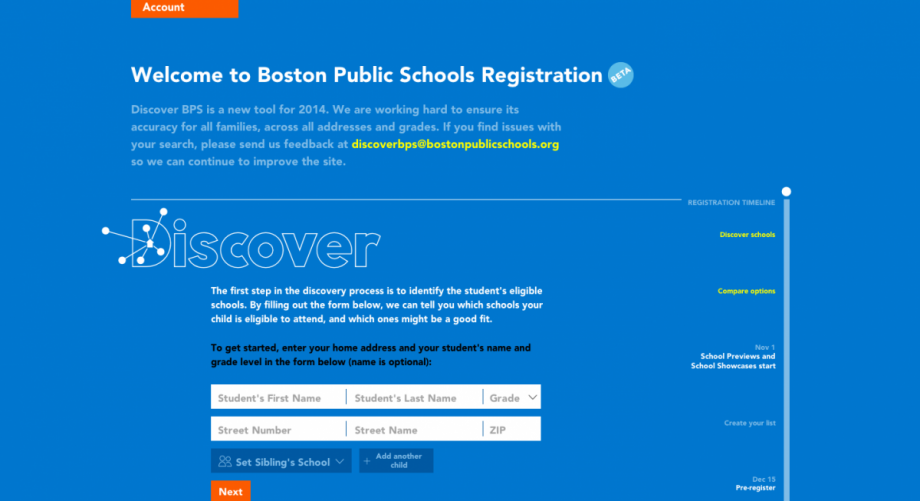 Figuring out where to send your child to school is a difficult decision in any city, perhaps, but in few places has it been as fraught and fractious as in Boston. A history of busing, which goes back to the desegregation push of the 1970s, left the city with a zone system known, on occasion, to bring parents to tears.

Of late, though, things have changed, and quickly. In his 2012 State of the City address, Mayor Thomas Menino decried a student assignment process that “ships our kids to schools across our city.” Boston moved at pace to find a new way, settling on an algorithm-driven plan inspired by the work of an MIT doctoral student. What remained was helping parents navigate this new order.

Two weeks ago, just in time for the start of the school-picking process, a website launched aimed at helping Boston leapfrog from the horrors of the old approach to a system where choosing a school is as easy as buying a flight online. 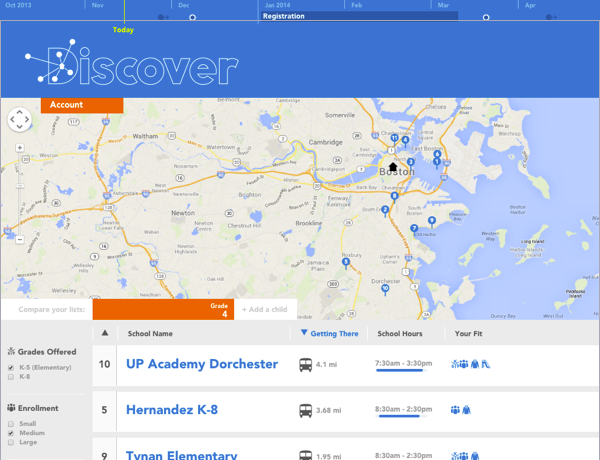 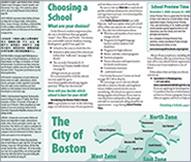 Discover BPS is actually a reboot. An initial version arrived in 2011 as a Code for America project in conjunction with the mayor’s office. That site turned the dense, 28-page “Introducing the Boston Public Schools” handbook given to parents into an interactive website.

“Instead of expecting parents to parse out the complicated school eligibility rules in their heads,” says Joel Mahoney, a San Francisco web developer who led the project as a Code for America fellow, “we did it in the source code.” 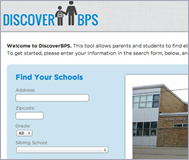 (See to the right a sample of the old handbook and a screen shot of the 2011 version of Discover BPS.)

That first attempt was an improvement. But, Mahoney says, it still amounted to “a better interface on a broken process.” Then, last spring, the new formula came into being.

“Any grade school within a mile of your home is absolutely on your list, to ensure the ‘quality’ piece of it that comes from being closer to home,” says Denise Snyder, director of Welcome Services at Boston Public Schools. “But we also want to make sure that some of the very highest performers are on the list,” as judged by Massachusetts Comprehensive Assessment System scores. “So we potentially add up to six more schools based on performance.” The algorithm makes other adjustments to the list, such as making sure at least one school offers an Advanced Work Class for accelerated students.

But with the new rules set, Snyder says, “there was no useful place where families could come find out about their school choices without going from web page to web page on our not-great website. It was my job to say, I want a Hotels.com for school. I want a Schools.com.” The city brought Mahoney back on board in the summer to reconfigure Discover BPS so it would reflect what he calls “a personalized policy for every student in the city.”

Part of the challenge was simply conveying to parents that things had changed. School administrators call the new plan the “home-based assignment formula.” A student’s home residence functions as an anchor, pulling in schools based on more than just geography. That thinking is embedded in the logo for the site, explains David Jalbert-Gagnier, whose Brooklyn firm Objective Subject was brought on to design the project. The logo features a tiny house that looks like the nucleus of an atom. The schools are electrons, tied to the center but distributed at different distances. 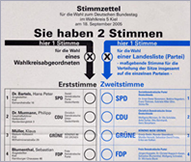 Other subtle choices, Jalbert-Gagnier says, help Boston parents come to terms with the changed process. The wordmark for the “Register” stage reminds parents that they’re ranking schools and not simply picking them, a feature inspired in part by the German multi-vote ballot. Style choices as well reaffirm the seriousness of providing quality education. The fonts — the round, open Avenir Black, mostly, with a touch of the classic Garamond — are, according to the designer, meant to appear “scholarly.”

Forbidden from the design process were shopworn tropes like mimicking kids’ imperfect penmanship. “The whole point,” Jalbert-Gagnier says, “is to get our kids to write their E’s the right way.”

But there’s another fundamental shift in thinking required of parents. What constitutes a good school, exactly? It depends on the student. While high test scores appeal to some, others may want a robust arts program minutes from home. In the absence of enough information, though, parents are naturally drawn to the best-known schools. Not only might that result in a less-than-ideal situation for their kids, but it also creates a math problem for Boston Public Schools. The storied Boston Latin has seats for only 2,400 students, which means the vast majority of kids who apply don’t get in.

“Distributing 59,000 kids across 135 schools is a challenge,” Mahoney says, “so we’re trying to get people to think about schools that would be good for them, and not just about the stereotypically good schools.” 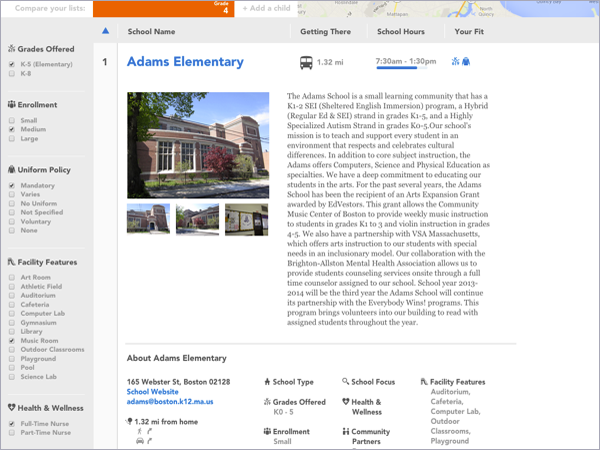 On DiscoverBPS.org, then, “good school” is treated as a dynamic concept. A feature called “Your Fit” lets parents filter for everything from class size to uniform policy, sort by distance and school hours, and drag-and-drop until they come up with a list tailored to their child. School registration becomes a customized product. (Want to give it a test run? Try using the address “26 Court Street, 02108,” the headquarters of Boston Public Schools.)

Jalbert-Gagnier says the ultimate goal is to go a step further, so that parents can actually register their kids though the site. Right now, he says, “it’s like Kayak for flights, only you can’t book a flight.” Creating a cohesive experience will come, according to those involved in the project. For now, it’s fudged a bit: A prominent timeline reminds users where they are in the registration process, even if they can’t yet book a school on Discover BPS.

The trick, of course, is getting parents to use the site. To that end, more than a dozen billboards have gone up around Boston in the last few weeks; “People need an operating manual for the city,” Mahoney says.

The billboard’s message was much debated and carefully crafted. “Discover 10 great schools just minutes from this billboard,” they read, with a map in the background showing the billboard’s actual location. (See one in the wild.) The idea was to convey that school assignment in Boston now involves more than just location. “That’s where the word great came in,” Jalbert-Gagnier says. “There’s only so much room to work with on a billboard.”

DiscoverBPS.org pulled in about 2,500 unique users and 12,000 page views in its first seven days. Snyder says she’s pleased. The numbers might not sound like much until you realize the size of the target audience: Only a fraction of Boston’s 59,000 school-age kids are looking for a school, either because they’re new to the city, are eager to make a change, or are hitting one of the transition years: first, sixth or ninth grade.

To Mahoney and Jalbert-Gagnier, success isn’t only good for parents. It’s good for Boston Public Schools — “a brand,” as Jalbert-Gagnier puts it, “that has had some challenges.” The designer sees Discover BPS rubbing off on the rest of the system, with more and more parts of the public school experience folding into its upgraded ways.

The prospect of rehabilitating essential government services is exhilarating to both. “It’s such an underdesigned sphere,” Jalbert-Gagnier says. Says Mahoney, “You didn’t have people crying because there wasn’t an Instagram.”

Both admit that the site is still a work in progress. The interface has some rough edges and the iconography can be confusing. But Snyder says the reaction both in and out of the department has been overwhelmingly positive — with one exception. Some parents, she says, were confused when DiscoverBPS.org offered them schools they hadn’t even known existed.

“They thought,” Snyder says with a laugh, “the site must be broken.”