How Atlantic Yards Set the Benchmark for Asking Too Much 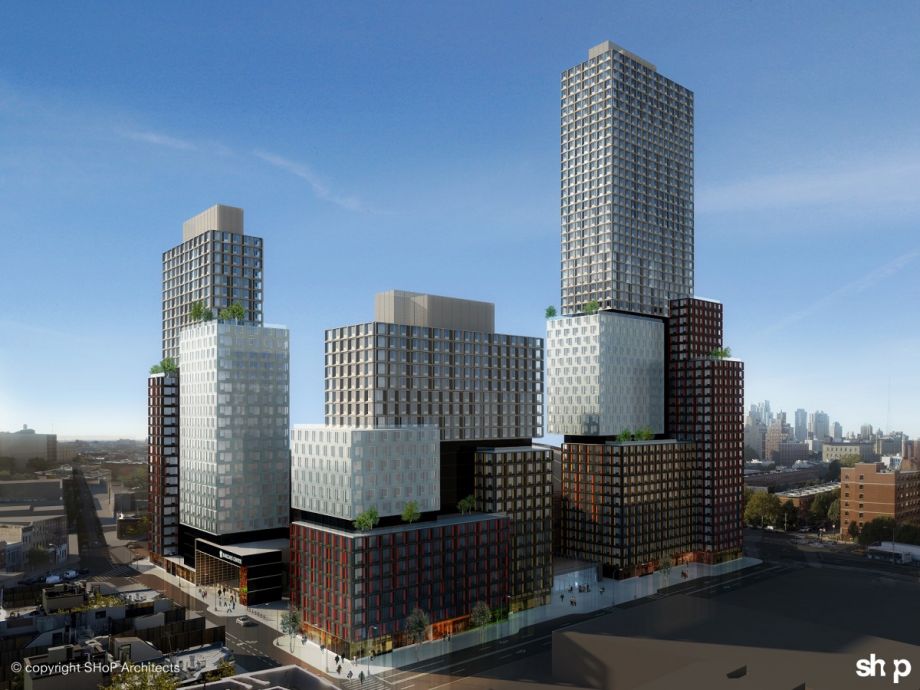 For years, opponents of the Atlantic Yards megaproject argued that its developer, Forest City Ratner, was making out like a bandit on the deal to build a stadium and more than a dozen towers at the edge of downtown Brooklyn. Executive chairman Bruce Ratner, a savvy developer whose deals always involve a political edge and lots of government incentives, was given land, tax breaks, eminent domain and a massive density bonus. He also managed to cheap out on his labor promises (by building the towers in a factory using modular techniques) and on design (by swapping out the dazzling Frank Gehry renderings for a more quotidian design by SHoP Architects).

In return, he’ll set aside 30 percent of the units for below-market renters, cover an existing rail yard and build a new maintenance facility for the Metropolitan Transportation Authority.

Unbeknownst to even Ratner himself, the developer performed a great act of charity for the city: He subsidized affordable housing to the tune of hundreds of millions of dollars. The company admitted this in a Securities and Exchange Commission filing this week, in which it revealed the value of its initial $500 million investment to be half that, at most, taking a write-down of between $250 million and $350 million once the project sells to Chinese developer Greenland Group. This loss relates only to the commercial and residential portions of the project, with the stadium being separate — though it hasn’t performed anywhere near expected, either.

And it wasn’t necessarily the recession that killed the project’s finances. (After all, the New York City real estate market has largely returned to its pre-crash peak.) Instead it was higher-than-expected costs and, if you believe the company, delays caused by the project’s controversy.

The loss is poetic justice for a developer who many saw as using his political savvy to take advantage of New York, but it should give pause to affordable housing advocates and those who want to see new construction fund infrastructure projects. The costs that sunk the project turn out to be the very things that many people want the city ask for more of in the future:

Executives also say it will cost more than expected to keep its promise to reserve about one-third of the project’s 6,400 units for low- and middle-income families.

Infrastructure, including a new rail storage yard for the MTA, has also cost more than projected, Forest City Ratner said.

Even with incentives that the city and state lavished on the company, it wasn’t enough to pay for relocating a rail storage yard and renting one-third of the units at below-market rates. (To be fair, the project also had the added cost of a deck over the rail yard.)

Turns out it’s possible to ask developers for too much. New York may have inadvertently pulled one over on Ratner to get hundreds of millions in extra benefits, but developers in the future won’t make the same mistake.

The city made a similar miscalculation at Hudson Yards, Atlantic Yards’ much bigger counterpart in Manhattan — though over there it’s the city who will pay the price, not the developers. The Bloomberg administration devised a scheme whereby tax payments from office buildings thought to sprout like weeds throughout the neighborhood would pay for the 7 train extension, but demand for leasing has been slower than expected. Construction has only started on one of the towers.

Property owners at Hudson Yards were smarter about their deal than Ratner, though, only triggering infrastructure payments when their towers open. The city is therefore on the hook for hundreds of millions in infrastructure bond payments.

The right to build in New York City is valuable, but Forest City Ratner’s nine-digit loss at Atlantic Yards and the slow pace of construction on the far west side show that the value is not infinite. Even with incentives and massive upzonings, there is a limit to what the relatively paltry amount of new construction in the city can provide in terms of infrastructure and affordable housing.