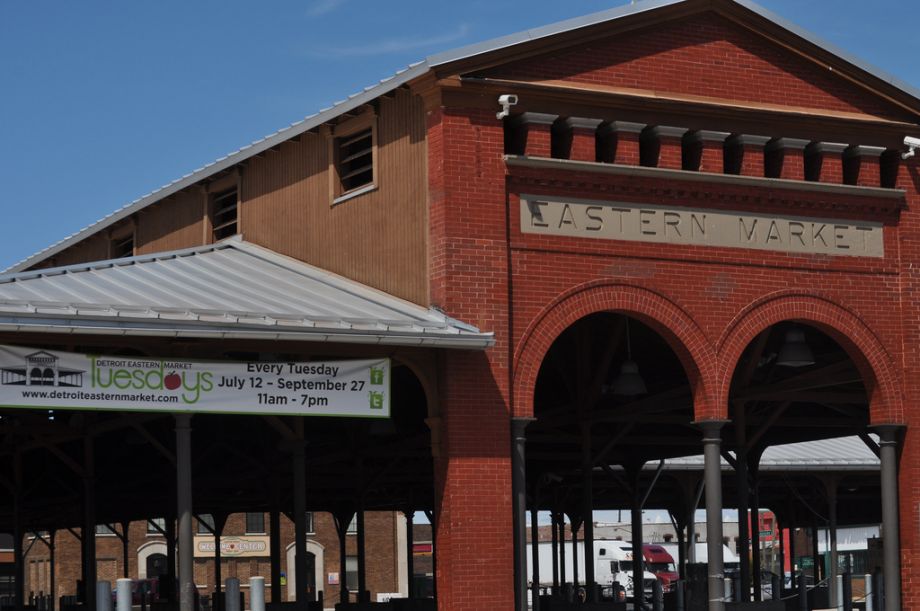 Detroit officials call the city’s Eastern Market “the last legacy market.” Indeed, it has maintained its local roots and has little corporate influence.

That mentality has spread to the residential area surrounding the market, which not so long ago faced an uncertain future. As the market has expanded to a sizable community of makers and food producers, housing has followed.

A longtime Detroit tradition since its inception in 1891, the outdoor market was open once on Saturdays but has recently expanded to include Tuesday hours. Older buildings in the area have slowly converted to loft space, and officials have plans to expand neighborhood housing from 100 units to 600.

All landlords are local, as are Eastern Market’s merchants — and the core of the area must not stray from its mission. “We have to talk about the evil of gentrification, but mostly commercial gentrification,” says Dan Carmody, president of the Eastern Market Corporation. “We don’t run from bars and boutiques, we have a lot of vacant space, a lot of vacant land, but it adds great creative stuff to … intentionally preserve this district as a working food-producing district.”

For example, Shel Kimen has worked with Carmody and the Eastern Market Corporation to build a community center made of shipping containers. One shipping container is on display on the grounds of the market, and the project is expected to be completed next year.

A challenge for adding housing and retail in Eastern Market is updating the city’s outdated zoning laws, some of which have been on the books for more than a century. Vacant areas zoned for commercial use can face miles of red tape to be converted to residential use. Officials are hopeful that a recent mayoral election this week can push that issue to the forefront.

Carmody adds that food is moving away from its place as a commodity and into specialized production, pointing to the wildly popular craft beer movement. Eastern Market helps in that regard by connecting food producers with national distributors, putting Detroit on the map and also keeping things churning at the market. McClure’s Pickles is a shining example: it began operating at the market in 2006 and now is distributed in 29 states.

Though Eastern Market resists big corporations, a surprising influence on its daily operations came from the purchase of American automaker Chrysler by Italian automaker Fiat. Fiat’s headquarters in Torino, Italy, houses a large-scale farmers market similar to Detroit’s, and 30 percent of all goods purchased in the city are produced by local makers.

“I don’t like the term urban agriculture because it describes part of the food system and not the whole,” Carmody says, eschewing comparisons of Detroit to an urban-farming paradise. Instead, it’s about maintaining a “small-scale network” with extensions into the greater community.