How a Needed Economic Development Tool Became a Political Hostage 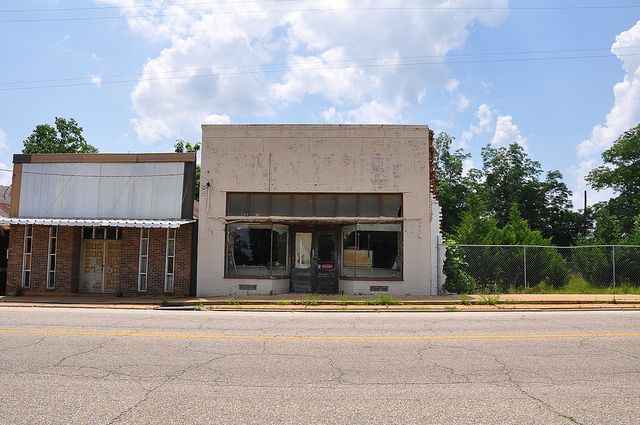 More than 50 provisions in the federal tax code, from incentives for restaurants to a tax break for NASCAR, expired at the end of 2013. The tax code is quirky, and arguably the biggest loss for cities and underserved urban cores is the New Market Tax Credit (NMTC) program, which encourages investment in neighborhoods with high poverty rates.

You may wonder why this popular program — a rare bit of tax code that Republicans and Democrats agree on — is allowed to expire every year, only to be “extended” in the 11th hour with another one-year bill that will leave it in the same state of limbo 12 months later. It’s a good question. The quick turnover, a drag on the real estate and community development industry that relies on the credits for large-scale, multi-year, multi-investor projects, was never intended and stands as yet another bit of collateral damage in Capitol Hill’s parade of dysfunction.

When Congress established the New Market Tax Credit program in 2000, it was authorized to allocate $19.5 billion through the end of 2008. After that the program fell in the black hole that is our lawmaking process, a “bizarre time-clock,” in the words of Alison Feighan, a federal community development lobbyist with Rapoza Associates in Washington. For myriad political reasons, the provision — along with the hundreds of other peer tax provisions — got swept into an extenders package that year after year, from 2009 through 2013, was rolled over.

“The uncertainty of the program overall means that it is very hard to plan a full-on business strategy that relies on the credit,” said Nancy Wagner-Hislip, who has worked extensively with NMTCs as an executive vice president at The Reinvestment Fund.

President Obama sees the industry’s point. In 2012 he allocated $3.5 billion for both 2012 and 2013, giving a one-year reprieve from the annual extender dance with Congress. But now the community development world is back to waiting for another extender, as Congress refuses to pass tax legislation in the hope that a stalemate will force the comprehensive tax reform they have talked about since last summer. More sanguine observers say this could happen by spring, if not in the next few weeks.

“The focus in the House Ways and Means Committee has been on getting a comprehensive reform bill,” Rep. Jim Gerlach (R-Pa.) said over the phone this week. “But I wouldn’t be surprised that if at some point, as we near April, we’re going to have to have some discussion about an extenders package.” Gerlach has long been a champion of the NMTC and has spoken in the past about making it more permanent.

“I’ve had a district over the years that has had a lot of distressed areas, urban-type communities that have had very significant housing and economic development needs,” he said. “And the New Market Tax Credit does provide a tool for those that want to try to do projects in those challenging areas, to have the financial wherewithal to put that investment there.”

Wagner-Hislip said that, among the people she works with, there is a feeling of optimism that the credit will eventually be extended. Gerlach was stronger in his assessment.

“I think you’re going to see the Ways and Means Committee be ready to put forth a comprehensive bill here pretty soon,” he said, “and it’s my hope that this kind of issue, New Markets, is going to be part of that.”