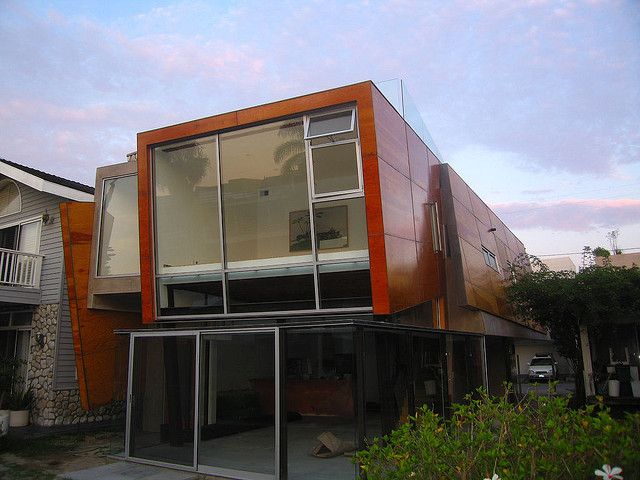 A house in Venice, California: credit: Julian Bleecker on Flickr.

Curbed Los Angeles reports that the Venice Neighborhood Council has voted down a resolution that would have asked the area’s city councilmember to dig into the legal particulars around short-term housing rentals. That’s music to the ears of Airbnb, the online rental platform whose thousand-plus active rentals in Venice are what brought the beach community’s attention to the fact that city rules around vacation rentals are messy and confusing.

“The vacation rental business has been part of Venice since there was a Venice,” reads a report by the neighborhood council, but “it has only been with the rise of airbnb.com [sic]… and related websites that complaints have risen to the point where [the L.A. Department of Building and Safety] has started enforcement.” Indeed, the report found, short-term rentals are illegal in Los Angeles in single-family homes and duplexes, yet the city has at times attempted to collect occupancy taxes on that very activity. Enforcement is complaint-driven, making it “selective, inconsistent and inherently unfair.” The council concluded that there’s little real data on how the short-term rental market works in Venice, nor on Airbnb’s role in it. So it proposed a resolution that requested L.A. City Councilmember Mike Bonin to “get involved, do the necessary investigation and determine a better approach.”

But matters never progressed that far, an outcome that Curbed traces back to Peers.org, the membership organization launched in July to “grow, mainstream, and protect the sharing economy.” (As Curbed points out, Peers.org is structured as a non-profit with a B Corporation subsidiary.) The group now claims 200,000 members, and in California, according to an email sent out by the organization, “Peers member Ryan Anderson turned out 40 neighbors to the Venice city council, successfully killing a motion asking the L.A. City Council to investigate homesharing.” To get there, Anderson organized on the Peers.org online platform, what it calls its “central hub for quick action and collaboration.”

If that platform and Peers.org’s other organizing tactics look awfully familiar, that’s because they’re reconstitutions of approaches that have dominated political organizing in recent years, especially on the left. To wit, the Peers.org platform takes a page from the 2008 Obama campaign’s much-heralded MyBarackObama site. Peers has been busily organizing dinner parties all over the world, nearly identical in spirit to the house parties thrown by Organizing for America, an outgrowth of the 2008 Obama campaign. Its petition tool looks much like Change.org, the organizing tool now staffed by scores of progressive political organizers. And Peers has embraced the Story of Self approach now ingrained in liberal political organizing efforts. Not for nothing does nearly every post on the Peers Tumblr contain language like “Peers member Mishelle” and “help home-sharers like Kimberly” and “a whole new paradigm [that] frees you to live a better life in an economy that’s fueled by a new currency of trust and community.” That said, not much of this is new. Many of these tools can be traced back to the organizing tactics of the Civil Rights era and 1960s labor movement.

That Peers is putting that lineage to new use isn’t much of a surprise. One Peers.org co-founder, Natalie Foster, has long been a staple of progressive politics, including as digital director for Organizing for America. Another co-founder, Douglas Atkins, is the head of community for Airbnb.

But there’s a pairing that captures the moment we’re in. One of the 21st century’s big lessons is that the Internet can scale local politics, something enormously useful to the Airbnbs of the world as they attempt to set new norms on micro-local levels so that they might, in the national aggregate, elect as president a little-known senator named Barack Obama let people rent out their spare rooms without hassle. Beyond Venice, Peers is celebrating a similar victory in Grand Rapids, Mich. and momentum for Airbnb-friendly rules in New York City. Whether this is a co-opting of liberal tactics for good old capitalism or a rethinking of the individual’s role in the market economy is the big question, and something to keep an eye on in 2014.