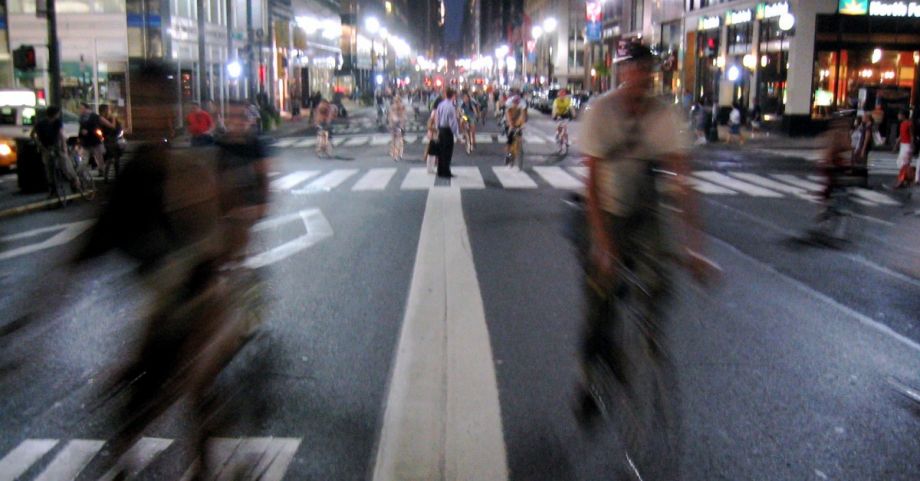 Bicycles are the great equalizer of protest. Relatively cheap and human-powered, bikes are gaining national recognition for their use during public displays of dissent, from the anti-Vietnam War protests in West Berlin and Warsaw to New York’s first Earth Day celebration in 1970 — and recently nationwide in the Justice for George Floyd protests.

Consequently, bikes have always been a target by law enforcement, especially in New York. Delivery workers riding e-bikes, event bike riders not having a bell, and bikers (legally) riding sans helmet are some examples of bicyclists who have been bullseyes for the NYPD’s anti-cyclist policies. The city’s animosity towards cyclists becomes all the more apparent given its inaction following last year’s record high cyclist death toll.

The Justice for George Floyd protests put that antipathy on world display. Viral videos showed the NYPD tackling cyclists and beating them with batons, hitting a bicyclist as he pedaled away, and in one instance, bicycle police ramming their own bikes into protesters.

The city’s smothering of cyclists as protesters isn’t new, but it effectively paved the way for the NYPD’s crackdown on protesters at large.

Critical Mass, an environmental bike-advocacy group prominent during the early 2000s for flooding city streets with two-wheelers, came to define what constitutes “traffic” for the NYPD. Simply put, the police department’s maintenance of order is to ensure nothing impedes the flow of automobile traffic. Congestion, in essence, applies only to cars and trucks.

Critical Mass bike riders were the target of arrests and beatings by the police for years, ultimately concluding with one officer receiving a felony conviction for making a false police report after ramming into a cyclist. Tensions grew during a February 2005 bike ride when the NYPD arrested four out of the 150 participants for disorderly conduct and parading without a permit. In the NYPD’s viewpoint, the cyclists were impeding traffic and therefore needed a permit to do so. The argument Critical Mass put forth ended up sticking: Bikes couldn’t be impeding traffic, since bikes too, were traffic.

What no one could have expected was that the NYPD’s squelching of Critical Mass bicyclists, compounded by city electeds’ growing indifference for cyclists, would have repercussions for protesters today. After a state judge ruled Critical Mass bike rides can occur without a permit, the NYPD sought to narrow its parade policy.

The rule on record during the Critical Mass arrests did not specify a number for what constitutes as a parade, allowing the NYPD to often use the lack of a permit as an excuse to execute arrests. However, it was that very ambiguity that led to why judges almost immediately threw out those cases. Ironically, although a judge threw out Critical Mass’s claim that the NYPD had infringed on their First Amendment rights, the Critical Mass case ended up being the impetus for the NYPD to further limit New Yorkers’ rights to free speech and assembly.

In the summer of 2006, the NYPD was met with severe backlash when it tried to amend the existing definition of a parade to “any procession or race which consists of a group of two or more pedestrians, vehicles, bicycles or other devices moved by human power.” Considering over 7 million New Yorkers live with at least one other person, one would theoretically need a permit to move from the living room to the kitchen were the amendment to pass.

Given public pressure, the NYPD withdrew those rules and took the ensuing six months to rework the definition of a parade instead. By February 2007, the NYPD quietly amended its parading criteria, requiring groups of 50 or more individuals — whether it be on foot, bike, or car — to apply for a permit, or risk 10 days in jail.

The Critical Mass bike protests posed “a real public safety problem,” then-Police Commissioner Raymond Kelly wrote in a New York Post op-ed (which cannot be found but was quoted in the Gotham Gazette). The rules the NYPD would propose would not “in any way impinge on free speech or the message behind a march, parade, or protest. They impose no new penalties or punishments, and are in complete conformity with the conceptual framework of existing law.”

The consequences of the NYPD’s redefinition continue to have long-standing residual effects today. In changing the rules of a parade, the NYPD placed stringent “time, place and manner restrictions” on any large gathering, regardless of whether it was a protest against police brutality, a celebration for sustainable practices, or in all technicality, a packed subway car. The rules are simple: Don’t block traffic and you don’t need a permit.

The process of obtaining a permit is much more severe. Organizers must meet with their local precinct or at 1 Police Plaza to discuss the use of sound amplifiers and the number of people expected, to describe the demonstration, and identify their speakers and the subjects of planned speeches. As the parade day approaches, organizers receive a phone call from the NYPD’s Intelligence Unit requesting additional information. Pay the nominal $25.50 fee once approved (and an additional $25 if on Parks Department property), and on the parade day, expect officers in vans, on bikes and on foot following along with the procession and making their presence well known by the parade participants.

These restrictions are not unique to New York. However, with a police department so sizeable it was described by a former mayor as the world’s seventh-largest army, only in the city can it be assumed that permitted protesters will be outnumbered by officers. The very reason recent protesters are calling to defund the police is the very tactic the NYPD relies on: its sheer size intimidates protesters from going through the legal process and gaining a permit in the first place.

Effectively, New Yorkers now need the government’s permission to step on the street en masse, or more succinctly, to exercise their right to public dissent without risk of arrest. The rules become all the more pointedly absurd considering how 21st-century protests play out. With no single organizer or group able to apply for a permit or detail a rigid marching route, anyone on the street is breaking the law, effectively enabling mass arrests.

And even as the Justice for George Floyd protests and similar movements have proven peaceful without a parade permit — even if routes were unplanned and overwhelmingly lacked organizers — there are barely any legal public areas for dissent. The rules put forth by the NYPD not only show how the city’s policies heavily favor vehicular traffic, but it exemplifies the complete lack of regard for its public spaces.

As the city’s policies throughout the years began to favor order over chaos, out too with the loss of expression was the loss of public spaces. New York used to have Union Square, the site of mass rallies during the Civil War and home to the nation’s first Labor Day parade. The birth of America, in July 1776, saw the toppling of a King George III statue later used for bullets against the British at Bowling Green. Even Tompkins Square Park, arguably the city’s most infamous public gathering space for civil disorder, hasn’t had a Wikipedia-entried-protest for over 30 years.

Even yesterday’s public areas of dissent are inadequate for today’s protesters, from political pressure in 2004 blocking 250,000 from protesting on Central Park’s lawn against the RNC convention, to barricades and police vehicles posing potentially life-threatening barriers to protesters’ means of exit.

With the imminent reopening of the city under COVID-19 bringing with it increased vehicular traffic — and with it, increased police presence to mitigate traffic blockage — the city must look to protect its remaining public spaces and create new ones to ensure New Yorkers can claim their right to dissent. The rules in place, while flawed, need not be this way. And if fixed, the city and people can ensure the old protest chant of “whose streets, our streets” stays true to definition.