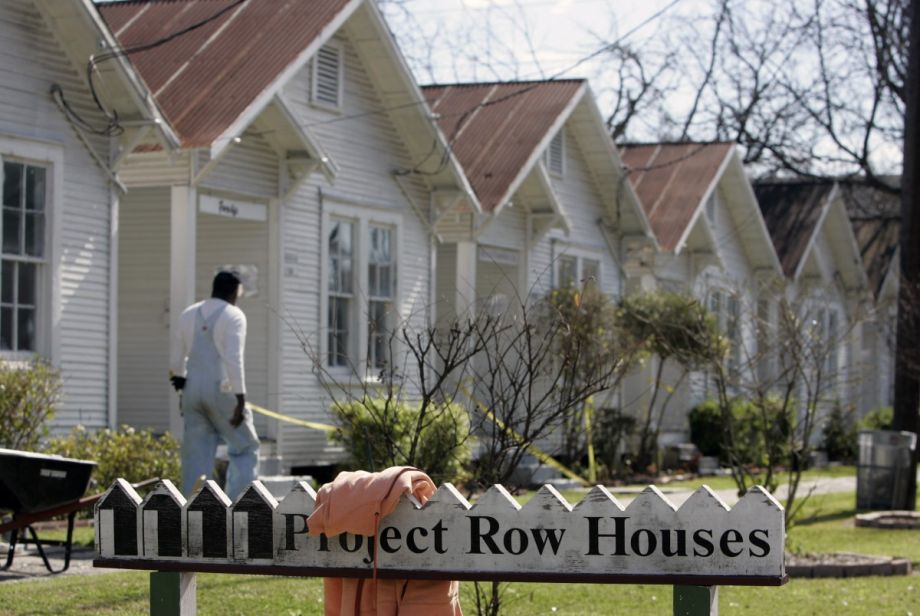 Assata Richards is a third-generation resident of Houston’s historically black Third Ward. She credits strong organizations and institutions in the Third Ward for allowing her, as a single mother, to graduate from the University of Houston, and go on to get her Ph.D. from Penn State University. “And then come back to the community using my understanding of power, systems, inequality, social mobility as a sociologist,” she adds.

Gentrification, however, is threatening families like Richards’ who have long resided in the area, which is near Houston’s downtown. A Houston Chronicle report said that housing prices in the Third Ward went up 176 percent between 2000 and 2013.

In response, while also serving as founder of the Sankofa Research Institute, Richards has been one of the driving forces behind Houston’s Third Ward community land trust initiative, which has gained the support of Houston’s Housing and Community Development Department and Mayor Sylvester Turner.

“There is no zoning in Houston, and there are very few policy mechanisms to control what happens with the land,” Richards explains. “Because we don’t have zoning and we don’t have many regulatory processes, the community land trust means that we at least have an opportunity to determine who benefits from development in our community.”

A city-recognized network of volunteer-run civic clubs, block associations, neighborhood development organizations and other civic organizations have traditionally been local powerhouses that have determined what kinds of businesses and development would take place within Houston communities. But the civic organizations generally restrict membership to property owners. Richards points out that 70 percent of the Third Ward’s residents are renters, and the same percentage earns less than $21,000 per year. The area also has the second highest unemployment rate within the city’s urban core. These low incomes prevent the bulk of Third Ward residents from qualifying for most existing homeownership programs that help people become property owners.

The community land trust initiative grew out of recommendations developed by students from Texas Southern University’s master’s program in Urban Planning and Environmental Policy, says Jeffrey Lowe, an urban planning professor at Texas Southern University’s Barbara Jordan-Mickey Leland School of Public Affairs. As the neighborhood’s Emancipation Park embarked on a $34 million redevelopment, Lowe had his students examine how the park could be better connected to the northern section of the Third Ward.

“Given what we already know about parks, how [they] can facilitate gentrification, there were real concerns,” Lowe says. “In the resources being placed in this park, it pretty much turned a neighborhood park into a destination park in many ways.”

One of the recommendations the students developed was that long-time residents needed to gain more control over land use and development through a community land trust. In 2015, the Emancipation Economic Development Council was born. One of the council’s working groups focused on ensuring access to affordable housing and adopted the community land trust model for that purpose.

Kirk Jackson, another long-time Third Ward resident, has been another important player in the project. He now chairs the Emancipation Economic Development Council’s housing committee. “Developers are looking for ways to fund themselves. They aren’t looking for grants. They’re moving right along,” he says. “You can stand on a vacant lot in Third Ward, and if you don’t move, you’ll be part of the sheetrock.”

To help counter this frenzy, Jackson has hope for the Midtown Redevelopment Authority, which, he says, has about 4 million square feet of property in its portfolio, much of it in the Third Ward, and it has a mission to develop affordable, low-income housing.

“We hope that at some point when that land is released, they will release it to the [Emancipation Economic Development Council] and other faith-based or economic-development corporations in the area for the sole purpose of developing low-income and affordable housing,” says Jackson.

Yet even if that land does become available, Richards recognizes that the community land trust model challenges some core beliefs around economic security, particularly for African-Americans, many of whom have looked at homeownership as a source of protection.

At the same time, the Emancipation Economic Development Council is incubating cooperative businesses so that community residents not only have housing but also sustainable incomes and dignified work.

“At least one-third of the board members are supposed to be people who are living on the land trust. Those people can be homeowners, they can be renters,” he explains. Another third would come from areas adjacent to the trust and the remaining third would come from other areas of the city — typically, with community land trusts, these “external” board members are professionals who can contribute real estate, business or financial expertise to the group.

“By doing it that way, you see how it helps build this notion of community,” says Lowe. “I think this is really important in a city that historically, until relatively recently, a renter could not be, say, an officer in one of the [civic clubs].”