Why Houston’s Politicized Drains Could Be Any City’s Drains 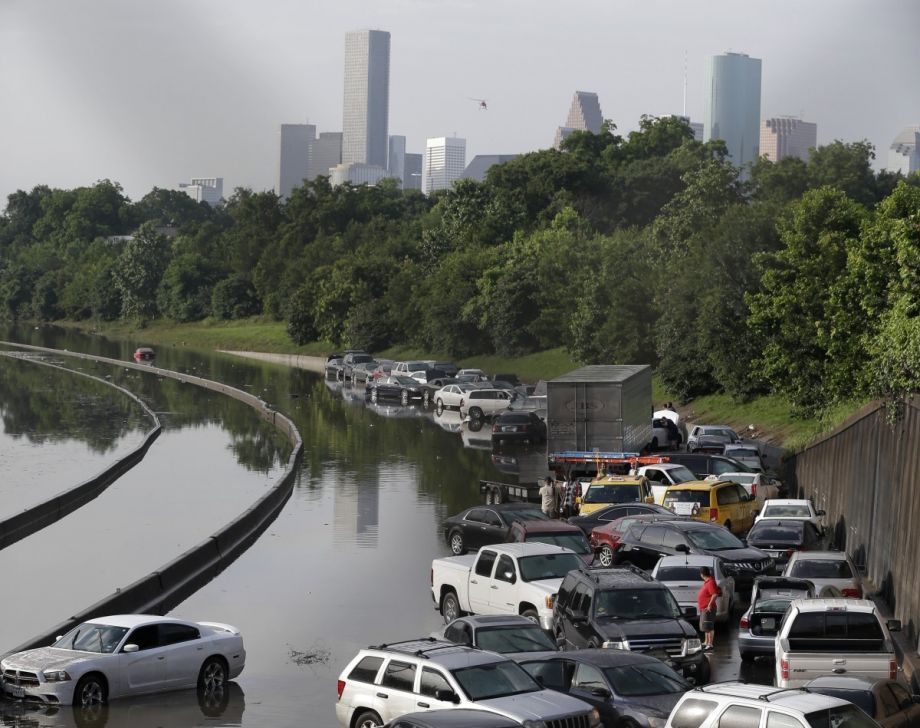 From giant alligators to cannibalistic humanoids, horror movies have long promised that the contents of our sewers will catch up with us. But outside Hollywood, mayoral hopefuls should worry less about fanged clowns peering out of their gutters and more about the gutters themselves. It’s election season and municipal politicians beware: Your drainage infrastructure is out to get you.

Houston, as I wrote in August, is a place where the phrase “controversial drainage initiative” is a thing. Houston’s drains — and the crusade to fix them — haven’t just made an appearance at the Texas Supreme Court, they’re also helping to guide November’s election. And because the controversy surrounding them involves so many familiar players in the Annals of Crumbling Infrastructure, from a history of deferred maintenance to an allegedly misleading ballot initiative, Houston’s drains today could be all our drains in years to come.

The story starts on November 2, 2010, with the 51-49 approval of the Proposition 1 charter amendment. According to city documents, that vote OK’d the creation of a “dedicated pay-as-you-go fund for improving and maintaining streets and drainage.” Funding sources would include development impact fees, property taxes and a drainage fee that would collect a minimum of $125 million annually.

It’s that drainage fee that has Houston on the hot seat. But first, a word about the vote on that ballot initiative.

In 2009, the American Association of State Highway and Transportation Officials (AASHTO) co-released a report with the transportation research group TRIP. Using Federal Highway Administration data, researchers published a list of pavement conditions in urban areas with more than 500,000 residents. Twenty-nine percent of Houston’s roads were found to be in poor condition. Of the 75 metro areas listed, it ranked among the top third for that unflattering title.

The drainage system built into those roads needed work too. In short, as Mayor Annise Parker recently told NPR affiliate WBUR, the city had multiple decades of deferred maintenance “coming home to roost.”

Officials hailed the vote that established the program now known as ReBuild Houston as a way to fund that maintenance. And according to Janice Evans, chief policy officer for the Mayor, it’s doing just that.

“The program has resulted in millions of dollars of completed projects since its inception earlier in Mayor Parker’s administration,” she writes in an email. “Without it, the city would be hard pressed to finance these necessary improvements.”

The controversy, which has recently taken the form of Supreme Court case 13-0047, concerns the language presented to voters in 2010.

Soon after the vote, a group of petitioners filed suit asserting that the ballot had been misleading. Central to their argument was the fact it hadn’t described the drainage fee, even though published city documents and media reports did. That missing information, they claimed, made it “impossible to discern the extent of the new financial burden on Houston property owners.”

Andy Taylor, of Andy Taylor & Associates, the petitioners’ legal representative, did not return my calls to his office and cell phone. But in June, Supreme Court judges affirmed his clients’ argument, stating that by “not describing the nature of the drainage charges, the ballot language omitted a chief feature of the proposition, thereby violating the common-law standard governing ballot clarity.”

According to Evans, the ruling won’t affect whether the city keeps collecting a drainage fee — a statement that some have questioned. Whatever happens, the lawsuit has cast a long shadow on this year’s election. City Council Member Stephen Costello, who helped pass the initiative that would become ReBuild, is now running for mayor. And that particular piece of history isn’t doing him any favors, at least with conservative opponent Bill King.

All of these pieces, from the history of deferred maintenance to the allegedly misleading ballot, are specific to Houston. But it’s impossible not to view them against national data and headlines from other cities. Texas has built more highways and bridges than any other state, but will fall $170 billion short of its maintenance needs over the next two decades, according to an investigative dive by McClatchy DC. And, as I’ve covered before, across the U.S., we’re statistically terrible at fixing our infrastructure, usually opting to build more instead.

In other words, Houston isn’t so unique. Watch out mayoral hopefuls. Your own controversial drainage initiative could be just around the corner.