Some Houstonians Stranded by Hurricane Harvey Get Free Bikes – Next City

Some Houstonians Stranded by Hurricane Harvey Get Free Bikes 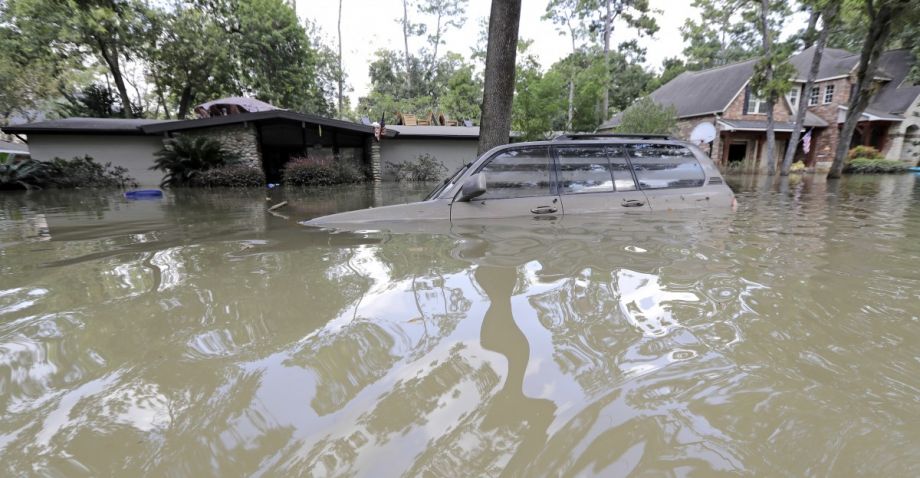 A car submerged in floodwater after Hurricane Harvey near the Addicks and Barker Reservoirs in Houston (David J. Phillip/AP Photo)

Hurricane Harvey’s damage is being measured not just in lives lost and homes destroyed, but vehicles totaled as well. The storm sunk an estimated 500,000 to one million cars, the Houston Press reports, and that’s a big deal in a city where 94.4 percent of households depend on them to get around.

To make things just a little bit easier for the region’s many stranded residents, Houston Bike Share has begun taking donations so it can give bicycles away for free to those who lost their cars. The bike-share has partnered with Freewheels Houston and Rice Bikes, the Press reports, in a program that’s being called “Keep Houston Rolling.” Anyone with an extra set of non-motorized wheels has been encouraged to donate it. The program is also accepting monetary donations via its GoFundMe page.

“We’re really pushing this as helping someone who lost a vehicle, but we also have cases where there’s families asking if we have kids’ bikes so their kids would be able to bike to school, because without a family car, they’re running around not knowing the best way to get who where,” Christin Dietze, marketing and communications manager for Houston Bike Share, told the Press. “You’ve got some people who have been displaced to areas where they can’t take their regular form of public transportation. And so we’re open to those applicants as well.”

As Wired recently pointed out, the cost of losses for those damaged cars is massive — somewhere between $2.7 and $4.9 billion, just counting licensed cars. And while Texas laws require car insurance, roughly 15 percent of vehicle owners don’t have it statewide. Of the insured, only three-quarters have a comprehensive policy sure to cover flood damage.

“Assuming those percentages apply to the Houston area — and using a lowball estimate of 300,000 destroyed vehicles — that’s 100,000 people who may have to pay for a replacement out of pocket,” Wired reports. “Many of them may have also lost homes and most of their belongings.”

Keep Houston Rolling’s GoFundMe page makes another point: Many of those flooded cars likely weren’t paid for in full. So owners are still making payments on a non-functional car, making the purchase of a new one even more difficult.

According to the Press, Bicycle manufacturing companies Trek and Giant USA have donated 450 bicycles collectively so far, and the biking advocacy groups hope to have 600 sets of wheels available by the middle of this week. They hope to give away upwards of a thousand by November.

And bikes aren’t the only things being donated to victims of Harvey. As I reported several weeks ago, city leaders have stepped up with offers of funding, clothes, food and emergency responders.