What Happened When Houston Revamped Its Entire Bus System Overnight 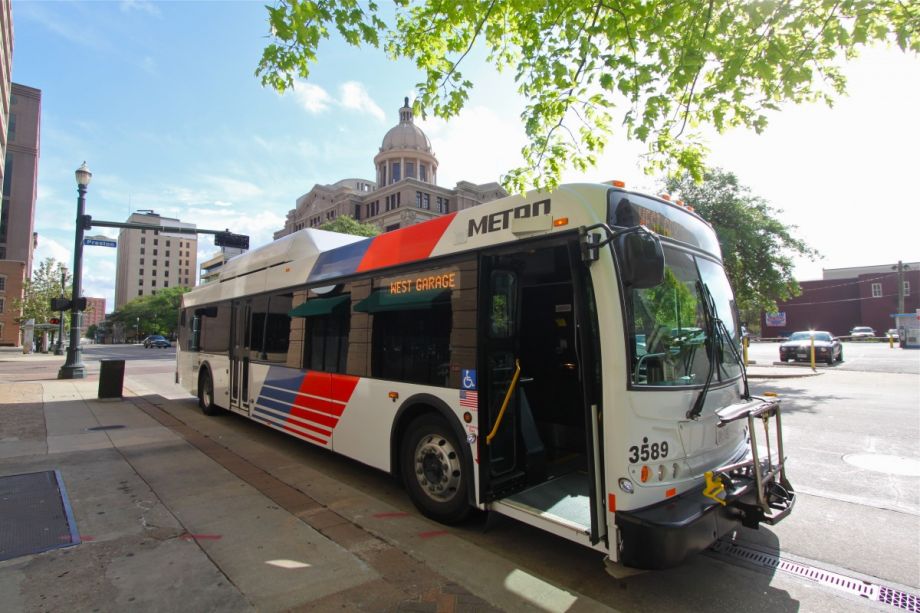 Last month, Josh Stephens reported for Next City on Houston’s plans to overhaul “its entire bus network — more than 80 routes, 1,200 buses and a quarter-million daily passengers — literally overnight.” Well, the change — intended to drastically increase the utility of the city’s bus fleet for most people without raising operating costs — happened last weekend. So how did it go? Here’s what riders had to say on social media:

I'm at the TMC Transit Center this AM as commuters see METRO route changes for the first time. #hounews #Houston pic.twitter.com/3k0Ji18bjV

@gracerodriguez @METROHouston Tried it yesterday. Both rides were on time. Win-win!

One of the biggest complaints with public transportation in cities across the country is that getting downtown is easy, but getting between neighborhoods via direct route is often near impossible. The Houston revamp creates routes to bring passengers directly from one side of town to the other, and align more closely with the city’s light rail. This is an important step as more urbanites are ditching their cars for alternate modes of transportation, like public transit.

According to the Houston Chronicle, riders had mixed reviews in the first few days. Metro was unsurprisingly inundated with people trying to figure out the system changes, but staffers also made an effort to seek feedback from riders. (Confused riders can visit the Metro website to compare their old routes to the updated routes.) “We’re getting some folks who don’t like what we’re doing and they are eloquent in expressing their views,” Metro CEO Tom Lambert told the newspaper. “We’re getting folks who love what we’re doing, and they are also eloquent in expressing their views.”