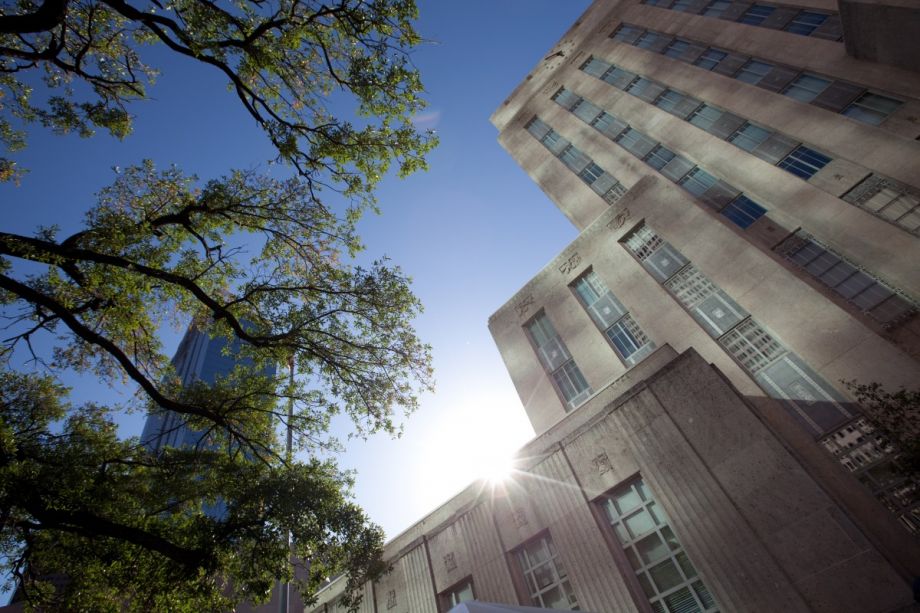 Basically, the city was failing miserably at the task of making these programs work for the public, the group said. It gave failing grades in six “subjects,” from job creation to setting and achieving equity goals to workforce development and community engagement. The city’s programs performed slightly better in a seventh subject; the group gave them a “D” for transparency. The report card was part of a larger report called “Tax Breaks for What?”, which sought to assess the city’s tax abatements and development grants, explore their return on investment, and discuss policies that could improve the situation.

“From a community-based perspective, we argue that if economic development tax breaks are not addressing a community need in the service of advancing equity, then they deserve to be called out for what they really are—a windfall for the private sector and a drain on our city’s cash-strapped budget,” the report said.

Now, Texas Organizing Project and other advocates are celebrating the first fruits of their labor. Last week, Houston’s city council voted 13-2 to raise its standards for development projects that receive money from the city.

Under the new guidelines, applicants for tax abatements will be required to commit to providing community benefits in at least one of eight areas: local job recruitment, public improvements, crime prevention through environmental design (CPTED), affordable or workforce housing, job training, participation in re-entry programs, or paid internships for low-income students. In addition, all applicants would be required to meet six other criteria, including making good faith efforts to hire from low-income communities and advertising jobs in the city’s Community Re-Entry Network Program.

Michelle Tremillo, executive director of the Texas Organizing Project, says that a coalition of advocacy groups began pushing for more effective and beneficial tax abatement programs and other economic justice initiatives in Houston during the last mayoral election, in 2015. The group endorsed Democrat Sylvester Turner, who ended up winning in a runoff. (Though the Texas Organizing Project is a statewide group, it focuses on city issues.)

“Because we live in the state of Texas, so much of our work is focused on moving the needle at the local level,” Tremillo says.

The group focuses on two things: organizing campaigns around criminal justice, immigration, healthcare and other issues, and supporting elected officials who it believes will move adopt their causes.

“Increasingly, we are able to make progress on our economic and racial justice agenda, so we keep doing those things,” Tremillo says.

More cities are reassessing the ways they incentivize private development, with an eye toward extracting more public benefit in the process. In 2016, the Philadelphia Redevelopment Authority began requiring developers to outline the “social impact” of their proposals when responding to RFPs for publicly owned land. Detroit began including community benefits provisions in negotiations over big projects in 2015, as Next City reported. Minneapolis is considering requiring an affordable housing component in projects that take advantage of tax increment financing. And the principle behind the proliferation of inclusionary zoning is much the same: If developers are going to receive public financial support, they should provide clear, enforceable benefits for the communities they’re building in.

In Houston, a task force on equity issues appointed by Mayor Turner cited the Texas Organizing Project’s report card in a report that recommended, among other things, wage requirements, local hiring, and apprenticeship programs for companies that receive tax abatements or other subsidies. It also recommended strong reporting requirements and compliance measures for subsidized projects.

The mayor’s development office says that abatement agreements will be monitored for compliance and subject to yearly audits by city staff. The ordinance allows the city to back out of abatements if companies don’t live up to their commitments and recover funds that it has paid out, the city says.

“I’ll say this,” Legette says. “I think we’re pleased that Mayor Turner is willing to take a step in the right direction, and we’re hopeful to continue the conversation, but we definitely intend to push forward for additional standards. We’re happy to see the shift, but we still have so much further to go.”