Housing in Brief: Why New Jersey Is Paying Hospitals to Build Housing – Next City

Housing in Brief: Why New Jersey Is Paying Hospitals to Build Housing 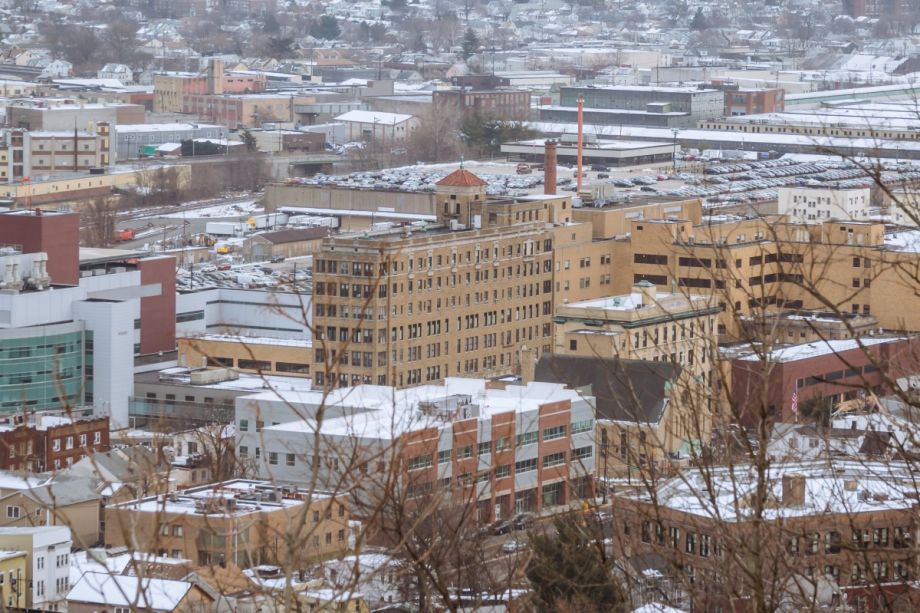 St. Joseph's Hospital in Paterson, NJ, is moving forward with a plan to build affordable housing on land it owns, with help from a state agency. (Photo by PatersonGreatFalls -A Visual Reference for Teacher / CC BY-ND 2.0)

Why New Jersey Is Paying Hospitals to Build Housing

Simply put: Hospitals are in a position to address some of the “social determinants of health” — the idea, as many have put it, that your zip code means more to your health than your genetic code. So the state worked out a first-of-its-kind program: the New Jersey Housing and Mortgage Finance Agency would offer hospitals a subsidy and a mortgage to build affordable housing on their land. The units must be affordable to those earning 80 percent of the area median income, and they must set aside 10-15 units as permanent supportive units, offered to people the hospital has identified as “frequent users.” Frequent users of hospital services are often people who are un- or under-insured and who could reduce their emergency room visits with ongoing care, substance use counseling, or stable and safe housing.

These projects are likely to not only help such frequent users, but also neighborhood residents — as well as hospital staff, many of whom can’t find housing near where they work.

Several months after the plan was first announced, the state agency is working with six hospitals, although no projects have yet broken ground. Read about the details of this plan in Shelterforce.

Los Angeles voided two million old citations and warrants last month, a move many said would benefit people who experience homelessness by removing roadblocks for them to obtain housing or jobs. At the time, L.A. city attorney Mike Feuer said in a statement that the city was “taking action with our law enforcement partners today to focus on the most important public safety issues, help address [the] root causes of poverty and homelessness.” The joint announcement included Feuer as well as Los Angeles County District Attorney Jackie Lacey and LAPD Chief Michel Moore.

But the Times reports that since then, Moore has said his department will not stop writing “quality of life” citations, such as leaving a tent in a public space during the day. And the citations that were voided are those older than five years, which means that newer tickets — those issued during a period when homelessness rose by 34 percent, and arrests of homeless people increased by 31 percent — will not be cleared.

“This amnesty is so ridiculous,” homeless rights activist Peggy Lee Kennedy told the Times, “and to make such a big deal out of it is silly.”

Despite protestors holding signs such as “Eat the Rich” and shouting slogans like “Death to the bourgeoisie,” the Las Vegas City Council voted 5-2 to criminalize sleeping in the city’s downtown core, USA Today reports.

“This is flawed, but it is a start,” Mayor Carolyn Goodman told the outlet. “We have been having these conversations for 20 years, and we must have results.”

The ordinance makes it a misdemeanor to rest, sleep or “lodge” in downtown if shelter beds are available; violators will be fined up to $1,000 or given up to six months jail time, NBC News reports. The ordinance doesn’t cover the Strip, which is governed separately.

A number of Democratic candidates for president, including Sen. Cory Booker, Julian Castro, Sen. Elizabeth Warren and Tom Steyer, have come out against the ban.