Housing in Brief: Meet Trump’s Choice to Lead Council on Homelessness – Next City 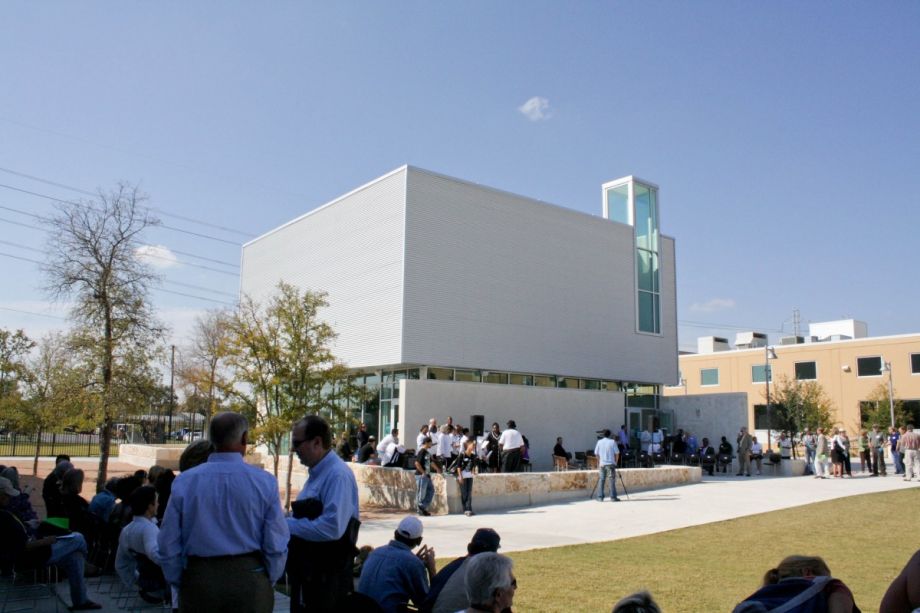 In this 2010 photo, the chapel at Haven for Hope is dedicated. Haven for Hope was founded by Robert Marbut, Jr., as a shelter that provides beds for people experiencing homelessness only if they are able to pass a drug test. (Photo by Jason John Paul Haskins/CC BY-NC-SA 2.0)

Robert Marbut, Jr., has been appointed to lead the U.S. Interagency Council on Homelessness, the only federal agency tasked with ending homelessness, reports CityLab.

Marbut’s name may not ring bells for Backyard readers outside of Texas and Florida, but, as CityLab reports, Marbut’s controversial tactics for dealing with people experiencing homelessness in San Antonio, Texas, and St. Petersburg, Florida (among other places), have drawn scrutiny from housing activists and 75 members of Congress who drafted a letter to Trump to express concern about his appointment.

In San Antonio, Marbut made his name in creating Haven for Hope, a shelter that provides beds only for people who pass a drug test. Those who don’t pass are forced to sleep in a concrete courtyard.

Marbut has said that his tactics led to an 80 percent decline in downtown homelessness in San Antonio. Perhaps they did, but local data indicates that overall homelessness has increased over the past decade. Says CityLab: “Warehousing homeless people on the city’s poorer West Side may only have succeeded in shifting them out of central business districts and tourism areas.”

The U.S. Interagency Council on Homelessness has, until recently, been a supporter of Housing First principles — the idea that providing permanent shelter to unhoused people before addressing substance abuse or mental health disorders can lead to dramatic declines in homelessness. Marbut now has a chance to reverse this at the federal level.

Newark has sued New York City over a program that has given more than a thousand people experiencing homelessness a one-way ticket to Newark and one year’s rent, saying NYC failed to check up on the Newark apartments where people were placed.

The program, called Special One-Time Assistance, was meant to help working families experiencing homelessness move to a new area — presumably an area that had lower rents. But in Newark, people found deplorable living conditions, and when they asked SOTA caseworkers for help, they were told they could not receive help because they were no longer residents of New York City.

“From the small sample of SOTA recipients that Newark was able to identify, Newark has become aware of families, including those with infants, who are living in uninhabitable conditions. This includes issues with lack of heat, electricity, excessive vermin, and dangerous living conditions,” the lawsuit said. It went on to argue that NYC refused to disclose how many people had been placed in Newark

After news of the lawsuit broke, NYC agreed to provide the addresses of the 1,200 families that have been relocated to Newark under SOTA. Other cities have joined the suit or asked for the same information. Elizabeth, New Jersey, has formally requested to join Newark’s suit, and East Orange, New Jersey, has asked for information on the 200 families SOTA paid to move there. “Certainly, every other municipality in New Jersey is going to make the same demand, and I think New York City will be very hard-pressed not to grant that,” CBS2 urban affairs expert Mark Peters told CBS2. Yonkers Mayor Mike Spano has said he wants to end SOTA in his city, and the mayor of Mount Vernon, a city of 67,000 directly north of the Bronx, has said he’s discovering rentals that are “unfit for human occupancy,” some of which are occupied by SOTA recipients.

Raleigh, North Carolina remains a relatively affordable housing market for now, but rents are rising in the city faster than the national average, reports the News & Observer. New mayor Mary-Ann Baldwin wants to turn that around with a “moonshot” housing plan.

Details of the plan are scarce at this point, but the initiative is expected to kick off with a large housing bond. Baldwin hasn’t formally requested an amount yet, the News & Observer said, but “it likely will be high,” considering that nearby Durham passed a $95-million housing bond in November, and Charlotte passed a $50-million affordable housing bond last year.

Raleigh’s last affordable housing bond was passed in 2011 for $16 million. The previous session of the Raleigh council was split, the News & Observer said, over whether to include a housing bond on the ballot in October 2019 or in March 2020. The Chamber of Commerce and nonpartisan nonprofit group WakeUP Wake County said in a joint letter that they couldn’t support an October bond because the proposal didn’t have enough community input. A new council (with five new and three returning members) was sworn in last week.

The council will hold a special meeting on affordable housing on Dec. 17.