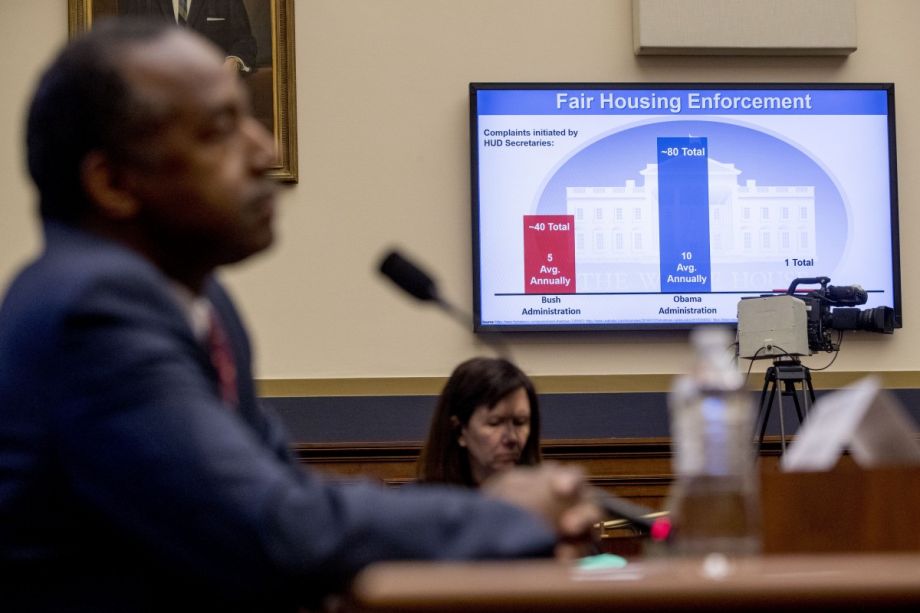 The Department of Housing and Urban Development (HUD) has introduced a rule that would significantly increase the burden of proof on people who sue for discrimination under the Fair Housing Act.

The new regulations would require plaintiffs claiming discrimination to meet a five-point test before even bringing a case under the Fair Housing Act, reports CityLab. “This shifts so much of the responsibility to the plaintiff to make allegations nearly impossible,” Urban Institute senior fellow Solomon Greene told the publication.

In addition, the rule would also give a pass to the algorithms powering credit score evaluations, mortgage rates and more in the housing market. Under the new rule, CityLab reports, lenders wouldn’t be held responsible if an algorithm makes racist or biased decisions. This would, argues Andrew Selbst in Slate, “encourage discrimination by algorithm. … Landlords who do not want to discriminate will have peace of mind that they need never be troubled by pesky discrimination lawsuits again as long as they buy industry-standard software, leaving their own discriminatory choices unexamined. Malicious actors can easily devise algorithms that functionally redline, as long as they do so without any one factor clearly being a substitute for protected class. And as is too common in housing, people of color, families with small children, and people with disabilities will suffer.”

HUD claims it needs to implement the rule following a 2015 Supreme Court decision that held that “disparate impact” discrimination — where a housing authority didn’t intend to discriminate but where its actions resulted in unequal outcomes for a protected class — is illegal under federal housing law. CityLab spoke to a data ethics expert who said that in theory, the protections for banks against accusations of disparate impact aren’t unreasonable, since most banks don’t have the resources to test all the algorithms they use for bias. But under the proposed rule, vendors have no incentive to design bias-free algorithms, and plaintiffs might not be able to determine which vendors are responsible for which effects.

Anyone can submit comments on the proposed law until the 60-day comment period (which began Monday) ends. HUD is not likely to change course, Slate said, but the agency is required to at least consider the comments.

The city does not license or inspect its public housing under a state law that allows cities to do so. This has let many of its properties fall into disrepair, with residents complaining that their homes had water damage, sewage leaks and mold.

A local attorney sued the city on behalf of 29 residents in U.S. District Court in Baltimore in May, saying that the city’s failure to maintain its public housing violates the Fair Housing Act, the Civil Rights Act and the Maryland Consumer Protection Act, among others.

The city also said that while mold might be “unsightly and undesirable,” tenants have no legal “right to be free of it. … It is undisputed science that mold and humidity are ubiquitous in the ambient air … [Tenants’] demand that [the Housing Authority of the City of Annapolis] exclude the natural environment out of Plaintiffs’ home is unreasonable and not supportable.”

But there’s a downside. According to Curbed, most of the tenancy-in-common units for sale in Los Angeles right now have been converted from rent-controlled apartment buildings whose residents likely had to be evicted. The L.A. Tenants Union has protested outside the offices of The Rental Girl, the brokerage responsible for bringing tenancy-in-common to Los Angeles. Liz McDonald, The Rental Girl’s founder, says she’s helping build wealth among renters who wouldn’t otherwise be able to own property. One buyer told Curbed: “The Rental Girl’s perspective, which is our perspective, is that all of these people renting in L.A. are kept renting and are not building any wealth.”