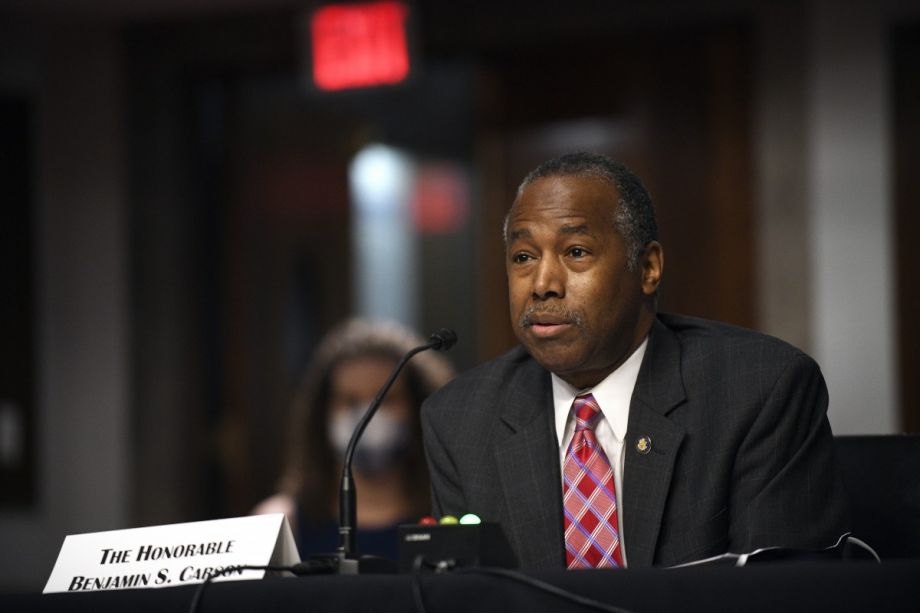 Secretary of Housing and Urban Development Ben Carson has ended the Affirmatively Furthering Fair Housing (AFFH) rule, an Obama-era rule that was meant to add teeth to the Fair Housing Act of 1968. Under the rule, cities that receive federal funding for housing needed to prove that their housing policies didn’t promote segregation.

In early 2018, housing advocates began to sound the alarm as HUD published a notice saying it wouldn’t enforce the rule until 2020, as Next City reported at the time. Later that year, Secretary Carson proposed changes to the rule that he said would “reduce… the regulatory burdens of local jurisdictions,” Next City reported.

On July 22, the White House and HUD fully scrapped the Affirmatively Furthering Fair Housing rule, replacing it with “a much weaker rule” that was part of an attempt to “paint rival Joe Biden as a danger to the suburbs,” Politico reports.

Secretary Carson told Politico that HUD had reviewed the AFFH regulation and “found it to be unworkable and ultimately a waste of time for localities to comply with, too often resulting in funds being steered away from communities that need them most.”

Trump, in a series of gloating Tweets, however, hinted not so quietly at a different reason: “I am happy to inform all of the people living their Suburban Lifestyle Dream that you will no longer be bothered or financially hurt by having low income housing built in your neighborhood…” he wrote on July 29.

“The Suburban Housewives of America must read this article,” he Tweeted on July 23, referring to a New York Post op-ed about Joe Biden’s promise to reinstate the AFFH. “Biden will destroy your neighborhood and your American Dream. I will preserve it, and make it even better!”

Sen. Chris Murphy, one of Trump’s most vocal critics in the Senate, responded: “I mean, it’s not even a dog whistle anymore. Our President is now a proud, vocal segregationist.”

Ironically, Trump’s push to appeal to “suburban housewives of America” may not serve him well politically. A New York Times analysis of polling data finds that nearly two-thirds (59 percent) of suburban voters disapprove of the president.

In Philadelphia, nearly 40 people experiencing homelessness have moved into 11 abandoned, publicly owned homes without permission, according to a report from In These Times. Their “takeover” of these vacant houses came shortly after the city issued a stay-at-home order because of the COVID-19 pandemic. Most of the families include single mothers and their children.

The Philadelphia Housing Authority (PHA) owns the vacant properties. One of PHA’s main goals is to provide housing for those in need, yet the agency has faced scrutiny for ineffectively addressing the housing crisis.

Jennifer Bennetch founded Occupy PHA and works with the Philadelphia Housing Action coalition. She has helped these families move into the PHA homes. Bennetch told In These Times that she was merely stepping in to do “the government’s job, [which is] to make sure people who need it have housing.”

PHA is the biggest landlord in Pennsylvania, with 80,000 tenants in Philadelphia alone.

According to a PHA fact sheet, there are tens of thousands of residents on the waitlist for housing; the list is closed to new applicants except for people applying for senior housing or special programs. Because of the vast amount of people in need of housing, PHA says “it is impossible to predict an average waiting time for applicants to enter public housing.”

Another program closed to new applicants is the Housing Choice Voucher Program, with more than 13,000 people currently on that waitlist.

While some families are squatting at the PHA residences, about 20 to 25 people have been camping out in front of PHA headquarters on Ridge Avenue in Sharswood, north of Center City.

Sterling Johnson, a lawyer and organizer for Black and Brown Workers Cooperative, told In These Times that both encampments were results of the city evicting other long-standing encampments.

Bennetch said that another 140 or so people experiencing homelessness established another encampment along Benjamin Franklin Parkway.

It’s not the first time Philadelphia has dealt with unauthorized occupants in their vacant, government-owned houses. According to VICE, in the 1990s people experiencing homelessness in cities around the county, including in Philadelphia, organized similar “move-ins” into vacant homes that had been financed by the U.S. Department of Housing and Urban Development. These actions pressured officials in multiple U.S. cities to invest more in affordable housing.

Unauthorized occupations of vacant homes are happening in other cities as well. VICE reports another group taking similar tactics to confront the homeless crisis in California. In Los Angeles, a group of homeless people also moved into about 12 vacant and government-owned houses. Their takeovers happened just weeks before Philadelphians began moving into the PHA housing in March. L.A. activists have also demanded that the state use vacant properties as homeless shelters. And as Next City has previously reported, in November 2019 a group of activists called Moms4Housing occupied a privately owned vacant home in Oakland for more than two months to highlight the crisis of homelessness and property speculation in that city. After the group was evicted, the owner agreed to sell the property to the Oakland Community Land Trust so that the housing will go off the speculative market and become permanently affordable. — Eddi Cabrera Blanco

Since the rezoning was initially approved in 2018, neighborhood activists have consistently urged the city to conduct a racial impact analysis, believing the plan will negatively affect the minority communities who live there. As previously reported in Next City, the neighborhood, heavily populated with Dominican immigrants, filed a lawsuit in June 2019 calling out the city for not heeding the demands of the community when they initially had asked for a racial impact analysis.

In this most recent ruling, a panel of five judges declared that the City Council acted properly and consistently in approving the rezoning plan, which is projected to build or preserve an additional 5,000 affordable housing units across the neighborhood.

However, according to the Inwood NYC 2017 Action Plan, neighborhood residents have an annual median income (AMI) of $41,687; and given those parameters, the proposed affordable housing standards are likely to push Inwood residents out instead of providing the affordable housing that the existing community actually could benefit from.

Community advocates say that the rezoning plan will open the door to moderate-income renters who can afford to pay higher rents.

“It still only gives a handful, a very small percentage of truly affordable housing to folks in Inwood,” Nova Lucero told AM NY.

Lucero, a spokeswoman for the Metropolitan Council on Housing, says that for the housing to be affordable for existing Inwood residents, the rezoning plan would need to accommodate households that make less than $35,000 a year.

The Inwood rezoning plan sets aside 25 percent of private residential units exclusively for households that make 60 percent or lower than the AMI; under those guidelines, a family of three would need an income of $49,000 per year to afford rent. The plan also allocates 30 percent of the proposed residential space for renters making 80 percent or less of AMI, meaning a family of three would need an annual income of $65,000 to afford rent.

Though the court decision allows the city to move forward with the rezoning, Inwood advocates announced they will appeal to New York State’s highest court. Members of the Inwood Legal Action group voted on July 29 to file a motion to the New York Court of Appeals on behalf of Northern Manhattan Is Not For Sale and others who oppose the rezoning.

“The Inwood rezoning will displace Dominican, Black, Asian, and other Latino residents and small business owners, and we believe the City should have examined the racial impact of the Inwood rezoning, though it refused. We believe federal fair housing law requires the City to do so, despite its refusal,” says Inwood Legal Action Co-Chair Cheryl Pahaham.

“We will continue to fight in court until we exhaust all avenues to force Mayor de Blasio to hear the people who live and work in Inwood, and to be true to his commitment to racial equality.” –Nicolette White