Housing in Brief: How A ‘Green Stimulus’ Could Address Housing Shortages – Next City

Housing in Brief: How A ‘Green Stimulus’ Could Address Housing Shortages 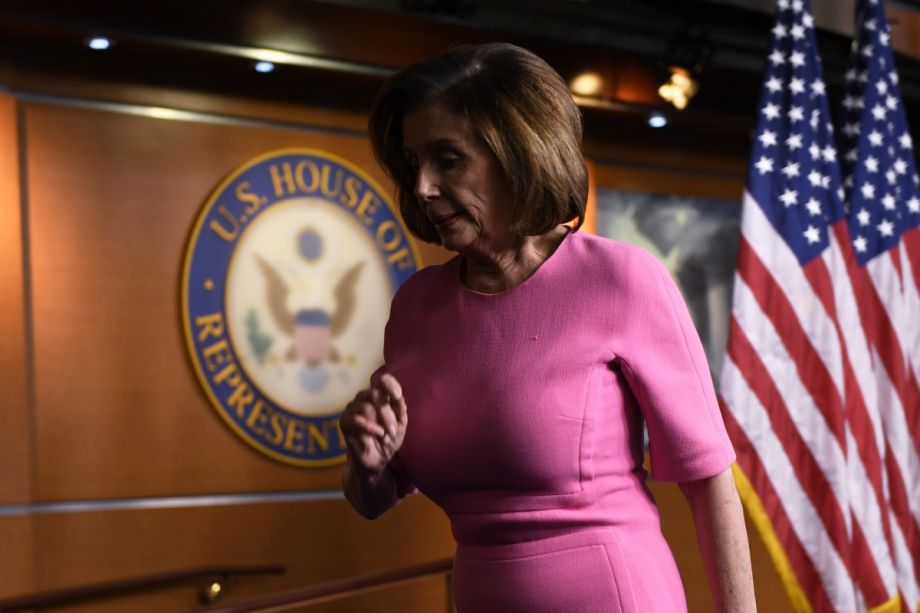 House Speaker Nancy Pelosi of California walks off of the stage after a news conference about the federal stimulus package to fight the economic effects of the novel coronavirus outbreak. (AP Photo/Susan Walsh)

The Senate voted this week to pass a $2 trillion stimulus that includes direct cash payments of $1,200 to all adults who earn up to $75,000 a year, the New York Times reports. The package also includes additional payments of $500 per child, plus expanded unemployment benefits and loans to small businesses, according to the report.

Does this qualify as housing assistance? It’s hard to say. In any event, many housing advocates say it’s clearly not enough. Assuming the stimulus is approved by the House, payments would arrive in around three weeks, according to reports. Even if it helps people pay the rent next month, what are you supposed to do if you’ve lost work and you don’t have enough money to cover April’s rent? It’s not clear, and the likelihood of people missing rent payments en masse could balloon into a full-blown economic crisis, as Curbed reports.

Many cities and states have continued to pass emergency eviction moratoria as one measure of protection for renters, though as Jenny Schuetz writes for the Brookings Institution, those measures carry economic risks as well. In addition to the stimulus package, the Federal Housing Finance Agency announced that it would offer mortgage forbearance (delayed payments) to owners of multifamily properties with mortgages back by Fannie Mae and Freddie Mac, as long as they don’t evict tenants who can’t pay their rent during the crisis. The move “should bring peace of mind to millions of families during this uncertain and difficult time,” FHFA Director Mark Calabria said in a press release announcing the forbearance plan.

A Green Stimulus Next Time?

Meanwhile, a group of researchers and activists has called for “A Green Stimulus to Rebuild Our Economy,” in an open letter to Congress. The wide-ranging plan includes investments in affordable and publicly owned housing, as both a solution to housing shortages in American cities and as a strategy for job creation. Without a focus on decarbonizing the economy, a stimulus could make problems related to climate change worse, the researchers say.

“The United States confronts the danger of an economic stimulus that restores — or even deepens — our reliance on fossil fuels,” they wrote. “This danger comes from explicit proposals to bail out the fossil fuel sector and roll back workers’ rights, and also from generic general stimulus policies that do not take climate into account. Indeed, infrastructure spending as usual — e.g. highway expansion — will lock in more carbon pollution for decades. We can avoid these problems by crafting a recovery that accelerates the creation of a 21st century green economy.”

Indeed, the U.S. Environmental Protection Agency announced Thursday evening that it was suspending enforcement of environmental laws indefinitely, saying the coronavirus outbreak has made it more important “for facilities to ensure that their pollution control equipment remains up and running and the facilities are operating safely, than to carry out routine sampling and reporting,” agency spokesperson Andrea Woods told The Hill.

The plan, which was released prior to the EPA’s announcement, calls for energy-efficient retrofits and the expansion of some existing programs, like the Weatherization Assistance Program, the Low Income Home Energy Assistance Program (LIHEAP), and the Low Income Housing Tax Credit program. It also calls for repealing the Faircloth Amendment, which prevents cities from expanding the amount of public housing they provide, and for the passage of the Green New Deal for Public Housing Act, which was sponsored last year by Rep. Alexandria Ocasio-Cortez and Sen. Bernie Sanders.

Other housing-related proposals include “a national green rental subsidy program that provides incentives to landlords for passing the savings accrued from solar and energy efficiency on to tenants,” subsidy and loan programs to support low-carbon building design and construction materials, and zoning reform to support dense housing near transit stations. The letter has been signed by more than 1,000 people and organizations, including environmentalists, planners, activists, and advocacy groups.

More than 8,000 hotel rooms in San Francisco have been made available to quarantine people experiencing homelessness who get coronavirus during the outbreak, according to a report in the San Francisco Examiner. But some members of the Board of Supervisors are pushing the city to use the hotel rooms to house all homeless people, not just those who are sick, according to the report. The outbreak has emptied hotels across the country, and cities and states have begun leasing them to meet emergency response needs during the crisis. In California, the state is negotiating leases of hotels and motels that could eventually lead to the government purchasing them outright as a permanent supply of housing for homeless people, according to a report in Capital Public Radio.

“This is an opportunity to bring folks indoors, and then try to get them into permanent housing when this is said and done,” the state’s deputy secretary of homelessness told the outlet.

A Holiday Inn in Center City, Philadelphia, is also being used to quarantine homeless people who contract the virus as well, according to the Philadelphia Inquirer. Doctors and nurses fighting the outbreak in New York will be housed in a Four Seasons Hotel in Midtown Manhattan, according to a story in NBC4.

UPDATE: This story has been updated to include the late-breaking news on the EPA’s suspension of enforcement of environmental laws.