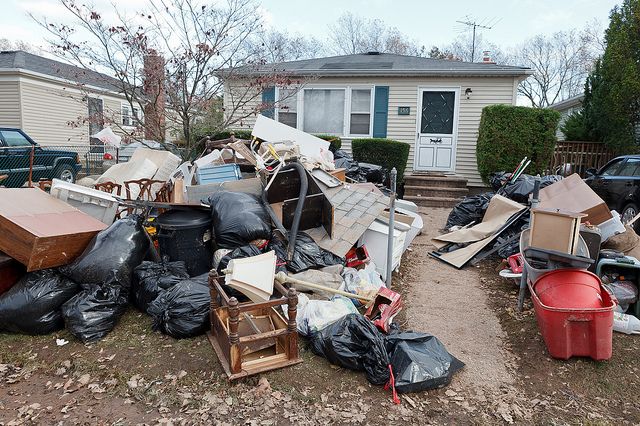 Veering from the traditional federal recovery playbook, U.S. Housing and Urban Development Secretary Shaun Donovan has launched a regional design competition that he hopes will generate new solutions to the ecological and environmental problems the New York-New Jersey region confronted in the wake of Hurricane Sandy.

The goal is to attract a diverse pool of “world-class talent” across fields such as infrastructure engineering, urban design, architecture and communication to develop projects that will actually be built as part of the region’s taxpayer-backed recovery process.

Donovan, also the chair of the Hurricane Sandy Rebuilding Task Force, unveiled the contest, called Rebuild By Design, at New York University on Thursday morning. The Rockefeller Foundation is the lead funding partner for the contest, putting up $3 million. (Rockefeller separately supports the Informal City Dialogues, of which Next City is a media partner.)

Rebuild By Design hopes to promote resiliency in the small coastal towns of New Jersey to lower Manhattan. Proposals will be analyzed this fall and then developed between November and February. The winning designs and projects will be implemented in March with a combination of private and public funds, including allocations from the $16 billion pot of HUD Community Development Block Grant Disaster Recovery dollars appropriated earlier this year by Congress.

Ideally, this is an opportunity to bring together top-notch urban designers and local government planners to get done some of the more innovative things people have been talking about, whether that is turning a Robert Moses-era road into storm-buffering sand dunes or retrofitting public housing towers so people aren’t stuck for days on end 12 stories in the air with no electricity, food or safe way out.

And in a perfect world, it will create jobs and an uptick in employment, from demolition crews to architecture firms.

Everything was fairly vague when I was at NYU the morning of the press conference. (To be fair, the competition is in the preliminary stages.) Which is not to say it can’t be successful. Because it can. But I don’t want to see another round of renderings of futuristic homes that will take Brad Pitt or a major overhaul in Congress to build. Because the real prize of this competition won’t come from submitting the winning proposal, but from the broken ground when the project is built. And if we don’t get there, all we will be left with is talk and a stack of rendering porn.