Housing in Brief: People Living in Formerly Redlined Neighborhoods at Higher Risk for COVID-19 – Next City 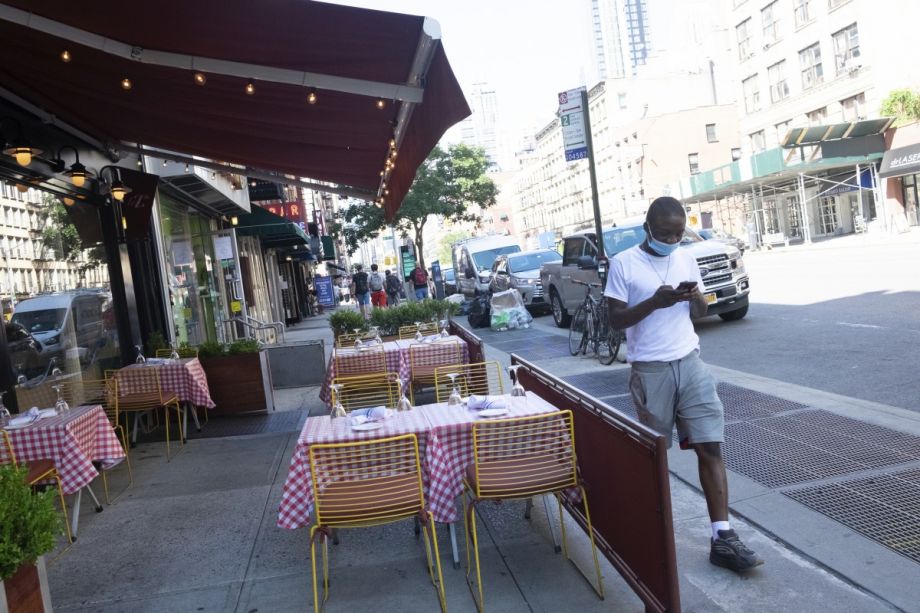 At the end of August, as Next City noted, the New York Times reported on new research showing that formerly redlined neighborhoods tend to see substantially higher temperatures than other areas. According to a new report from the National Community Reinvestment Coalition, those same neighborhoods are also at greater risk for COVID-19. The authors “examined redlined areas and how they are associated with adverse public health outcomes for a range of diseases and conditions that make people particularly susceptible to the worst effects of COVID-19,” according to the report. Their findings show that greater historic redlining is correlated with “increased minority presence, higher prevalence of poverty and greater overall social vulnerability.” The report also concludes that there are “statistically significant associations” between redlining and public health indicators and pre-existing conditions that can lead to more dangerous cases of COVID-19, including asthma, COPD, diabetes, hypertension, high cholesterol, kidney disease, obesity and stroke.

“This paper is one of the first of its kind to examine historical redlining in cities across the nation on numerous present-day neighborhood health outcomes,” the authors claim. “The history of redlining, segregation and disinvestment not only reduced minority wealth, it impacted health and longevity, resulting in a legacy of chronic disease and premature death in many high minority neighborhoods. With the ongoing pandemic, the indication of greater risk factors for COVID-19 compounds the disparities in communities that have a history of redlining.”

The report builds on previous reporting on how the COVID-19 pandemic has disproportionately harmed Black communities. In order to address the disparities, the report’s authors recommend implementing inclusionary zoning to create affordable housing outside of redlined neighborhoods, restoring the Affirmatively Furthering Fair Housing Rule, and expanding housing vouchers and the Community Reinvestment Act.

“Structural racism and disinvestment had long-term economic impacts, and now we’ve documented widespread inequities in neighborhood health outcomes,” co-author Jason Richardson, the coalition’s director of research and evaluation, said in a press release. “That’s a chilling reminder that banking and housing practices and laws aren’t just about money or houses. They are foundational for the economic well-being of entire communities, with long-term consequences. They are literally about life and death, and that’s why they are important for everyone.”

The Chicago City Council recently adopted a law requiring substantial inclusion of affordable housing for low-income people in the Woodlawn neighborhood, around the area where the Obama Presidential Center is planned, according to a report in Block Club Chicago. The ordinance requires that 30 percent of new apartments in the area be set aside at affordable rates for tenants earning less than half of the area median income, or $45,000 a year for a family of four, according to the report. It also appropriates funds for various programs to help rehabilitate vacant properties and refinance property mortgages to help keep rents affordable. The law also establishes a pilot program giving Woodlawn residents whose landlords are looking to sell their buildings the first opportunity to purchase the property — a policy that more cities are beginning to explore, as Next City has reported.

The ordinance comes after years of organizing to adopt a substantial community benefits agreement around the long-planned Obama Presidential Center. The Obama Community Benefits Agreement Coalition applauded its passage.

“This is one of the most significant and aggressive affordable housing policies won in Chicago’s recent memory,” the coalition members said in a statement to Block Club Chicago. “As it stands, this ordinance has the potential to stop the displacement of thousands of low-income and working-class Black residents who live near the future Obama Presidential Center.”

“Monster in the Mission” Slated for Affordable Housing

After years of protest and debate, developers have agreed to sell the so-called “Monster in the Mission,” a proposed apartment building in San Francisco, as part of a deal that will create around 330 new affordable apartments, according to the San Francisco Chronicle. The original proposal for the site would have established around 300 market-rate units with a small number of affordable apartments, according to the report, but a group of residents objected to the proposal because they feared it would accelerate gentrification in the area. Now the group that has agreed to buy the land plans to donate it to the city for affordable housing to fulfill its affordability requirements in conjunction with a separate project of nearly 1,000 units, the Chronicle reported. The deal came out of years of community organizing by the Plaza 16 Coalition, Causa Justa:Just Cause, and others, according to 48 Hills, a San Francisco news site. Those groups had already claimed victory earlier this year, when the original proposal for the site was officially canceled, Curbed San Francisco reported at the time.

San Francisco Mayor London Breed welcomed the news of the new deal, according to the Chronicle, which wrote that “if finalized, the deal would be the latest example of community pressure helping push forward an affordable housing project.”