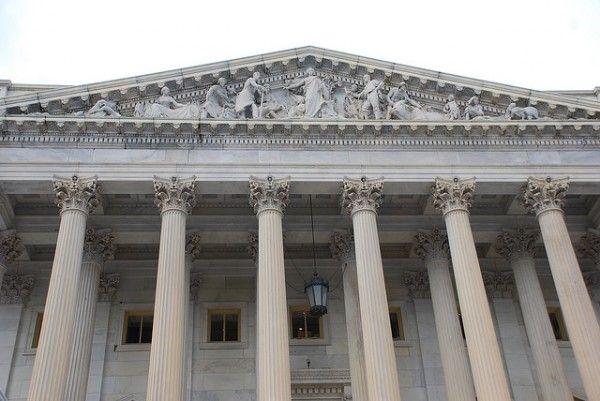 The motion, which would have slashed federal transportation funding by nearly 30 percent, was defeated 323-82. Credit: Mike Renlund on Flickr

An important development in the ongoing debate over the House transportation bill almost slipped past the news cycle on Friday. In a landslide vote, the House defeated a motion to slash federal transportation funding by nearly a third, Streetsblog reports.

Had it passed, the motion would have forced the bill’s conference committee to limit transportation spending to resources available from the Highway Trust Fund, which uses money gathered from the federal fuel tax to help pay for both highways and mass transit. This would have translated to a reduction of about 30 percent in spending

But in a rare instance of bipartisanship, the motion — introduced by Georgia Republican Paul Broun with blessings from several right-wing groups — was defeated in a 323-82 vote.

The key takeaway here, as Streetsblog’s Ben Goldman writes, is that “more Democrats and Republicans agree on more of the transportation bill than they’re leading us to believe.” And if more Republicans than previously thought are on board with federal support for transportation, it may mean that advocates won’t have to concede too much after all.

If last week’s vote proves anything, it is that support for the idea that spending on transportation should be limited to user revenues is confined to a right-wing minority so far on the sidelines that it does not even account for half of House Republicans. Faced with the choice between drastically reduced spending on infrastructure…or keep spending in line with demand, rather than the money available, the majority of elected officials across the political spectrum continue to select the latter.

The House has been bogged down for months over how to proceed on the transportation issue. While the Senate passed a relatively transit- and pedestrian-friendly bill in March, the House stalled after abandoning HR 7, a controversial bill that would have caused transit advocates, cyclists and pedestrians all kinds of headaches. Instead, the House wound up settling for a 90-day extension of the current transportation policy, which expires at the end of this month.

For now, some are calling for the House to follow in the Senate’s footsteps. Since it’s become increasingly clear that smart growth and transit-oriented development aren’t necessarily antithetical to conservative values, this may prove easier than one might think.