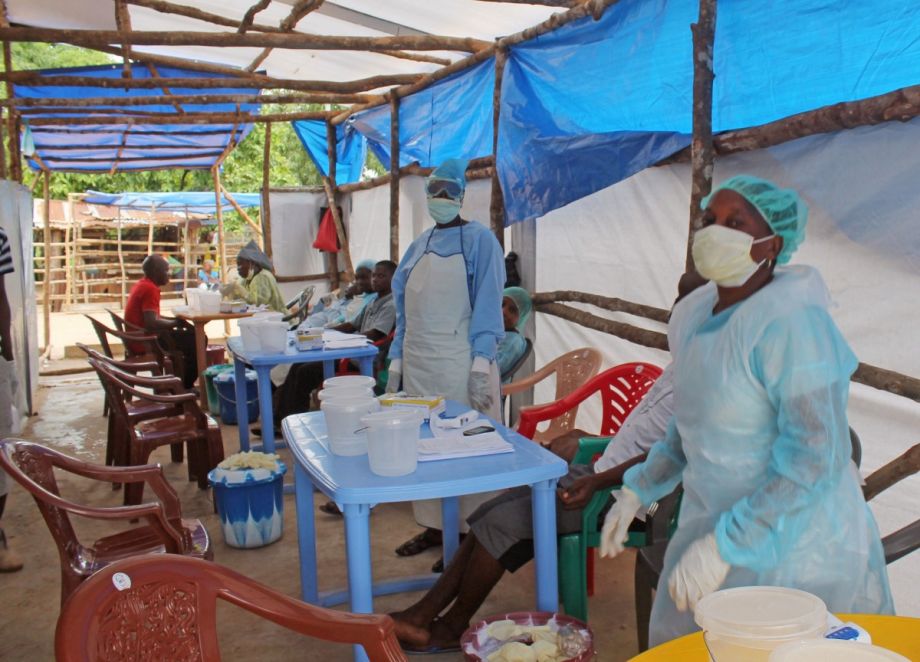 There are many reasons the Ebola virus that’s sweeping through West Africa has killed more people and spread to more places than any other previous outbreak, but one factor stands out: This is the first time the deadly disease has taken hold in densely populated urban areas and found its way onto international flights.

One week ago, a U.S. citizen named Patrick Sawyer, who worked for the Liberian Finance Ministry, collapsed and died in Lagos, Nigeria, after flying there from Liberia, one of the three countries hit hardest by the outbreak. “Until now, [the virus] has not impacted commercial aviation, but now we’re affected,” said Raymond Benjamin, secretary general of the International Civil Aviation Organization.

Lagos is one of the world’s biggest cities, with an estimated population of 21 million. It’s also a relatively prosperous city, which is why the virus is unlikely to spread there, just as it would be unlikely to become an epidemic in the U.S., where effective systems are in place to prevent and control the spread of such diseases. What’s more, international health regulations exist to mitigate contagion across borders when localized outbreaks do occur. (Ebola is only spread through close physical contact; it’s not an airborne disease).

Most West African cities, however, are not as functional as Lagos. Yesterday the World Health Organization (WHO) confirmed 122 new cases and 57 deaths from Ebola between July 24 and 27 in Liberia, Sierra Leone, Guinea and Nigeria. As of today, the total number of cases is a staggering 1,323, including 729 deaths. The fact that the virus has reached this unprecedented scale (number of deaths) and proportion (geographic spread) is due in part to how the disease is functioning in places with significant infrastructural challenges, suggests Davinder Kumar, a spokesperson for Plan International, an aid organization with workers on the ground in Liberia, Guinea and Sierra Leone.

“All three countries are at the bottom of the human development index,” he says, “with very poor public health systems and fragile infrastructure. When talking about containment, you can imagine that these countries are struggling.” Today, the WHO will announce a plan to spend $100 million to disperse health workers into the affected regions “to supplement overstretched treatment facilities.”

Basic measures of containment, like isolating the sick, tracking people who’ve come into contact with infected individuals and ensuring that health workers are protected are bigger challenges in cities without solid health care infrastructure. “It’s much more difficult [to contain] when you’re trying to play catch-up, and you don’t have adequate supplies, gowns and masks,” says Dr. Eric Toner, a senior associate with the UPMC Center for Health Security.

A mobile population and porous borders also play a major role in the spread of disease, says Dr. Amesh Adalja, a representative from the Infectious Diseases Society of America. Davinder Kumar agrees: “The challenge is that in the countries, there is no restriction on movements. The virus is so virulent you need to trace all the people who’ve come in contact with the infected.” That’s more difficult that ever in a region of the world where air travel is surging, urban migration is ballooning and cities are growing at some of the fastest rates on the planet.

Airports are checking passengers from the three main affected nations, and the WHO says that 59 people who were in contact with air passenger Patrick Sawyer have been identified and are being monitored for symptoms of the disease. In this particular region, however, a perfect storm of cultural, geographic and demographic factors are complicating the race to contain the disease. According to Toner, the customary cleansing of dead bodies by family members and difficulty getting factual information across to communities is part of why the virus is so fast-moving on the ground.

“It’s very difficult in the midst of an outbreak to earn the trust of people for something they’ve never been exposed to when there’s an underlying distrust of authority,” says Toner.

Since the outbreak took hold, governments have stepped up measures to control the spread of virus. Most recently, Sierra Leone authorized quarantines and house-to-house searches. Liberia closed border crossings, shut down schools and instituted a compulsory 30-day leave for government employees.

Unfortunately, says Toner, quarantining it not as effective as we’re led to believe.

“This is not like flu. This is not transmitted by coughing. It [quarantining] is commonly done, but the science behind it is really quite flimsy… Political leaders like to do it because it leads us to believe they’re doing something.”

All three experts agree that at this point, mitigating further contagion comes down to proper messaging and prevention. For that, social media may become a critical tool.

“Many of these countries have very few resources, but they do have cell phones and texting,” says Toner. But, he adds, “It can be a double-edged sword, and we have to hope the correct message goes viral, so to speak.”

Despite the challenges, Toner says that a worldwide pandemic of an exotic virus remains highly unlikely.

“Containing a virus like Ebola in the U.S., Europe, or any modern industrialized country isn’t that hard. In a society like ours, we deal with that sort of thing at well-equipped hospitals, and people wouldn’t be exposed.”

Alizah Salario is a regular contributor to print publications and web outlets like Money magazine, The Los Angeles Review of Books, Spirituality and Health, Slate, The Daily Beast, The New York Observer, Women’s e-News, Narrative.ly, The Poetry Foundation, and elsewhere.