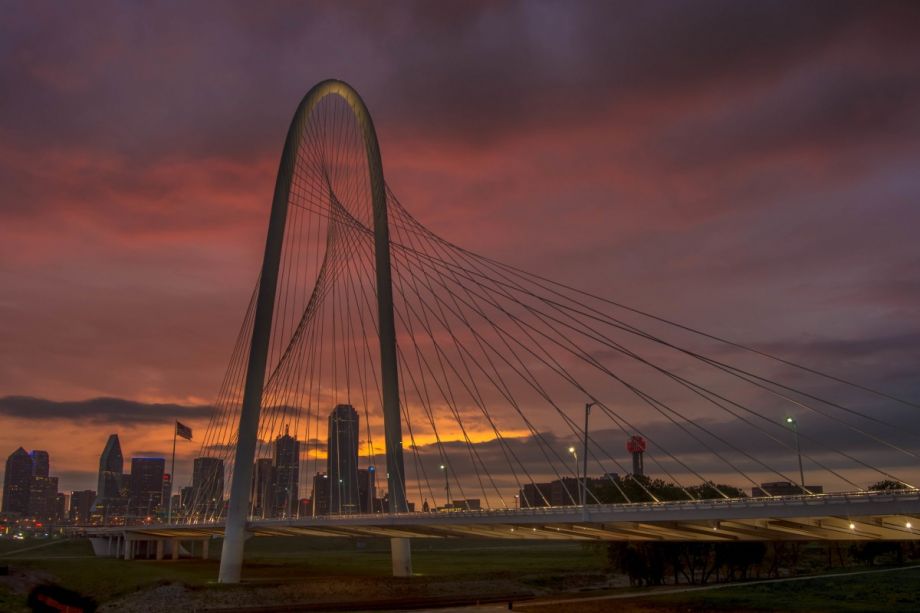 Dallas, Texas, created a program to offer rent assistance to residents struggling with rent in light of COVID-19, but the online application portal was overwhelmed within hours. (Photo by Maciej Kraus / CC BY 2.0)

At 9 a.m. last Monday, the City of Dallas launched an online portal where residents who were at risk of eviction or foreclosure could apply for help paying their rent or mortgage. The city had used $13.7 million of federal CARES Act aid to create the program, according to the Dallas Morning News, and was offering to provide up to $1,500 a month to qualifying families. In a document describing the program, the city said it was “committed to processing as many applications as we have funding for, [but] we do anticipate high demand.” By 9:15, according to a local news report, nearly 1,000 people had applied. By 11 a.m., the City was tweeting that the portal was “intermittently unavailable” because of overwhelming demand. And by Tuesday morning, 26 hours after the application portal opened, it was all over — some 25,000 residents had started the application process, and around 10,000 had gotten through the first screening questions, according to the Morning News. In all, around 1,000 applicants are likely to receive assistance, according to the report.

It was the same story all over the country — the pandemic has caused millions of layoffs, and overwhelming demand for help paying for housing. As Next City wrote in April, a similar program in Orange County, Florida, was quickly flooded with applicants and shut down. Since then, cities around the U.S. have begun directing some portion of the federal aid they’ve received to local rental-assistance programs. Meanwhile, as some progressive housing advocates and local officials explore the possibilities of suspending rent and mortgage payments, some support is growing for a large-scale federal rental-assistance program.

For the last month, groups like the National Low Income Housing Coalition (NLIHC) have been pushing for a $100 billion federal investment in rental assistance to supplement moratoriums on evictions and help keep renters housed and landlords afloat. That amount would cover the estimated $99.5 billion that low-income and extremely low-income renters are going to need to cover housing costs over the next year, according to a NLIHC report. The group is tracking support for the program among local officials and advocacy groups on its website, and dozens of mayors signed a letter supporting such a program late in March.

Lately the group is trying to pressure elected officials to cosponsor a bill called the Emergency Rental Assistance and Rental Market Stabilization Act, proposed by Reps. Denny Heck and Maxine Waters and Sen. Sherrod Brown. According to a summary written by NLIHC, the bill would fund a $100 billion rental assistance program, with 40 percent of the funds earmarked for households earning less than 30 percent of area median income. At least 70 percent of the funds would need to be spent helping households earning less than half of AMI. It would let states and cities provide up to two years of rental assistance for qualifying families, or cover up to 6 months of past-due rent and fees. Some of the money could be used for relocation costs, like rental application fees, security deposits and first and last months’ rent.

“Renters aren’t at fault for coronavirus or for struggling to pay bills during a time that may end up surpassing the Great Depression in number of lost jobs, and they shouldn’t be shamed or blamed for being unable to afford rent,” said Diane Yentel, president and CEO of the National Low Income Housing Coalition, in a statement at the beginning of May. “In this moment when our collective health depends on our ability to stay home, it’s never been more obvious that housing is health care. Congress should be doing everything they can to keep people stably housed during and after this public health emergency by implementing a uniform, national moratorium on evictions and providing at least $100 billion in rental assistance.”

So far, the Emergency Rental Assistance and Rental Market Stabilization Act has garnered at least 135 co-sponsors in Congress, according to NLIHC. Advocates are hoping that the legislation will be rolled into the next stimulus package. But while lawmakers are discussing the terms of another federal relief package, there’s no indication of when (or whether) another round of stimulus will be approved.

Cities are doing what they can in the meantime — as of press time, most of the largest American cities had created or were in the process of creating local assistance programs with CARES Act funds. In addition to the local rental-assistance program in Dallas, the Dallas County government is planning a $10 million program to help residents pay for housing and provide support for local businesses, according to the Morning News. In Austin, officials created a Relief of Emergency Needs for Tenants (RENT) program that was open for a few days in the beginning of May, with assistance sent to applicants chosen by lottery according to the Austin Monitor. Low-income Miami residents who lost work or income because of the pandemic were eligible for assistance through a $6.9 million program as well, The Real Deal reported. In Philadelphia, officials were planning a program offering shallow rent subsidies to low-income tenants even before the coronavirus pandemic began. That program launched this week. NLIHC is also keeping a running list of state and local rental-assistance programs on its website.