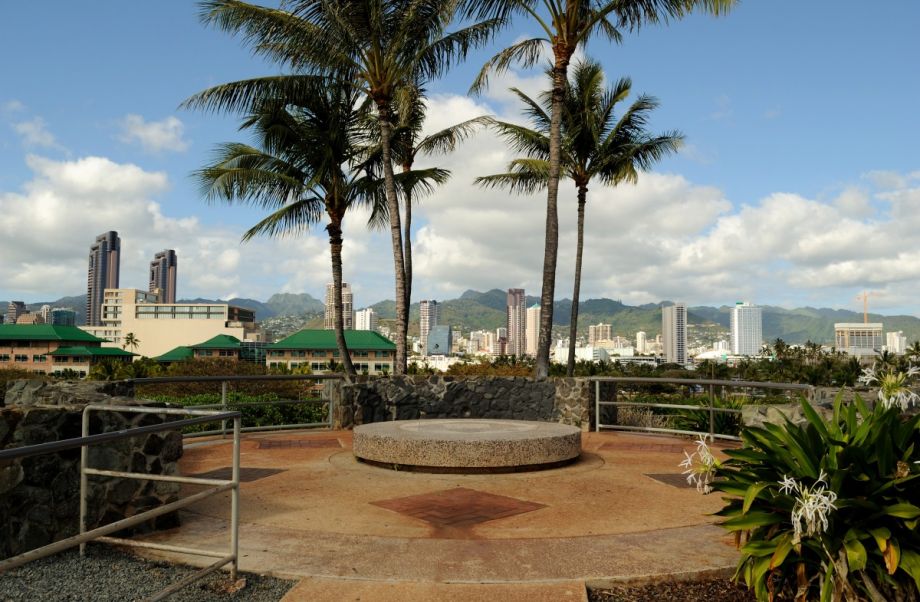 View from the top of Kaka’ako Waterfront Park. (Photo by Daniel Ramirez)

The ceremony was held by state officials, including Gov. David Ige and the Hawaii Housing Finance & Development Corporation.

The housing units, named Nohona Hale, will be constructed in Kaka’ako, a commercial district in Honolulu. Each unit will average approximately 300 square feet, and the $27-million project will produce a total of 110 units.

“These units are smaller,” said Gov. Ige, in a press release. “And [the development is] right on the transit line. This is exactly the kind of project that we need along the rail route.”

Together, Swinnerton Builders and Bronx Pro Group are partnering along with EAH Housing (a non-profit) for the construction and management of the project. The units will also be constructed on state land, according to a press release from the office of the governor.

The construction of Nohona Hale comes at a crucial time as tensions grow between communities, the state, and Hawaii’s homeless population. Affordable housing being constructed in Kaka’ako, in particular, is significant considering both its troubling past and the recent closing of Kaka’ako Waterfront Park partially due to homeless encampments, as Next City previously covered.

Hawaii continues to have the highest rate of homelessness per capita of any state in the United States, although rates have dropped for the second year in a row. The state attributes the decline to “increased coordination between service providers and government agencies, as well as increased funding for housing-focused services.”

Units such as Nohona Hale are one step closer to addressing the affordable housing crisis. Hawaii continues to consider utilizing public land for housing. “This project advances our commitment to creating more affordable housing and more walkable, livable communities at prices that our families can afford,” said Gov. Ige in the release.

Nohona Hale is expected to be completed in January of 2020.