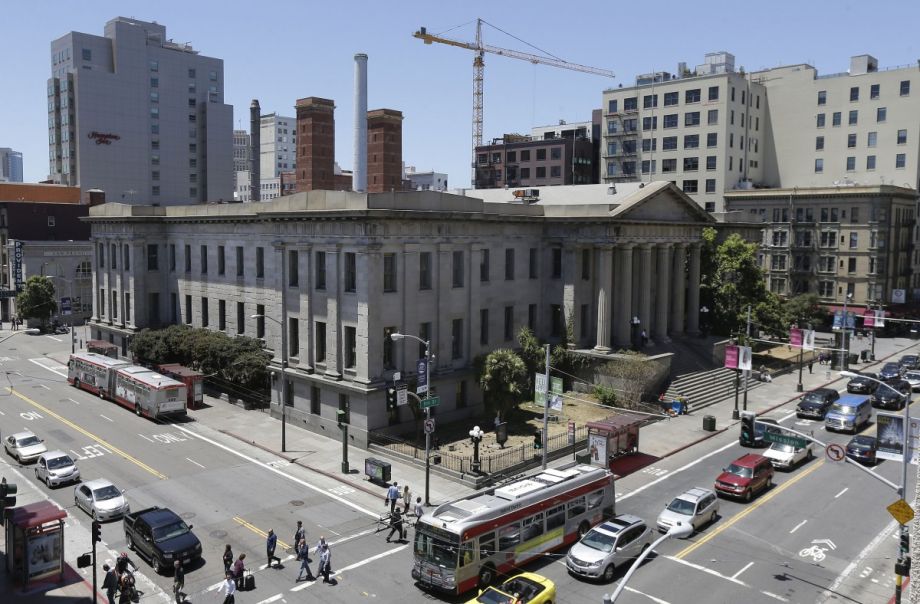 In recent years, preservationists have been finding peers in folks like Carol Ott, the creator of the blog Slumlord Watch, and Candy Chang, the artist behind the “I Wish This Was …” project. What the new agenda demonstrates is how this expanded view is refracting inward:

Preservationists need to pursue strategic efforts in foreclosure prevention, down payment assistance, homesteading, code enforcement, and strategic property acquisition and disposal. … Intangible heritage and culture — the stories that make a community what it is — should be recognized and preserved through oral histories, community storytelling events, and in other ways.

There’s great distance between this class of preservationists, who essentially prioritize stabilizing neighborhoods, and the common perception of one — an architectural historian-advocate who swoops in when buildings he deems significant need protecting. Most certainly, all practitioners do plenty of the latter. It’s just that the campaigning happens alongside engaging activities such as, say, throwing a birthday party for a park.

Several preservationists tell me this interdisciplinary shift is a matter of necessity rather than ambition. As Patrick Grossi, advocacy director at Preservation Alliance of Greater Philadelphia, put it, “If I’m not intimate with the zoning code, if I’m not following what’s happening with the land bank, if I’m not conscious of what certain members of city council’s priorities are, I don’t think I’m actually doing my job.”

Emilie Evans, director of the Rightsizing Cities Initiative, is a co-leader of Brick + Beam, a new Detroit-based initiative that will offer support for rehabbing houses to nonprofits, developers and residents alike. I ask Evans if she pictured herself sharing pointers for DIY home renovations to Detroiters back when she was a historic preservation grad student. She laughs. No, she “did not see [that] coming explicitly.”

“Who knows where we’re going to end up as professionals,” she says. “But it’s really exciting.”

The action agenda’s points are divided into three sections: calls for a new approach (which focuses on a healthy urban fabric), a new toolkit (programs and policies to buttress this broadened vision), and more cross-agency partnerships.

“We have good preservations tools, but they don’t go far enough,” says Preservation Rightsizing Network Chair Cara Bertron. “Many preservationists working locally in legacy cities and distressed neighborhoods have known for a long time that historic tax credits are not going to be applicable to every neighborhood. They’re a great tool! But they can only be used in locally or nationally designated properties.” The agenda, in this sense, is an overview of how practitioners are addressing that gap, she says.

Bertron’s quick to note that preservation that focuses on the built environment rather than the gems within in it isn’t new. Michael Allen agrees.

“As much as I believe in the principles, I don’t believe that they’re new or radical,” says Allen, who’s director and architectural historian at St. Louis-based Preservation Research Office and who edited the action agenda. “The challenge is how do you move these points of view from the margins to the center of practice.”

Allen says the preservationists arguing for new approaches are “those who are on the ground and being frank practitioners saying, ‘This isn’t working. Here’s something that might work.’” He continues, “The wrong way to do this is the way that fails to save the buildings, right?”

There’s a joke about historic preservationists: If you get them started, they’ll rhapsodize endlessly about cornices. Bertron recognizes it instantly. “And we love those people. They’re great! They have to be only a small part of the choir in legacy cities,” she says. “Talking about revitalizing neighborhoods instead of rehabbing [sole] buildings, it’s more complicated, so it’s a harder sell. I think sometimes we as a movement, default to talking about something that’s an easier win.”

Grossi estimates that only 3 percent of Philadelphia’s buildings are protected. One of the tough wins, thus, would be a series of district designations, particularly those outside of the city’s core.

“Even more important I think is just reframing what the values of preservation are,” he says. “Preservation does play a role in how you approach and navigate growth, how you provide a sense of empowerment in neighborhoods that are lacking. And that’s really more of a hearts and minds campaign about what the historic built environment can do for you. As opposed to ‘Hey, we’re preservationists, and we haven’t been here in a while, and we think all these buildings belong on the register. How do you feel about that?’”

Concurring with Grossi, Bertron says the registry can’t be the end goal. “Community needs” should be, she says, and as such, the field need a larger, more collaborative set of strategies.