Forum 2014: How to Engage the Community in Historic Preservation – Next City

Forum 2014: How to Engage the Community in Historic Preservation 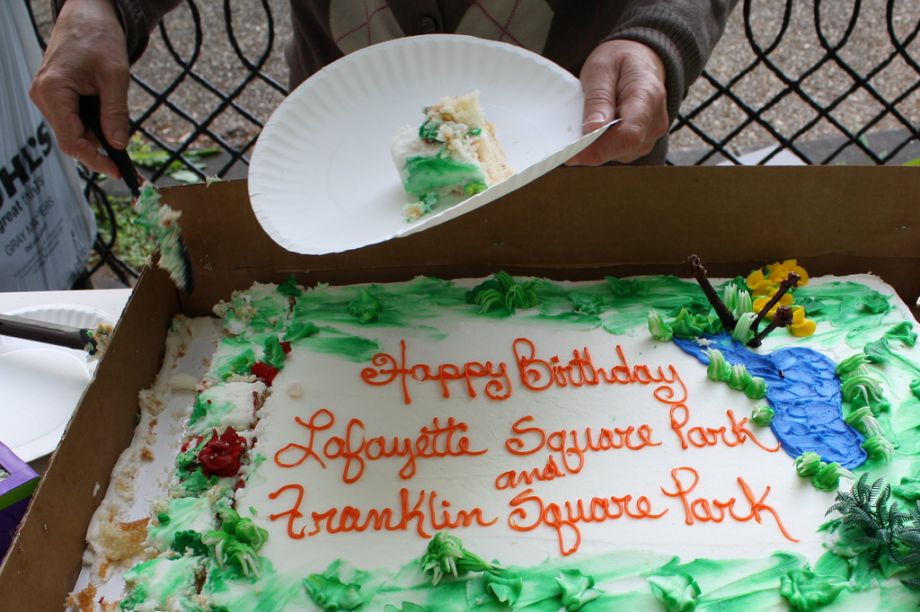 Baltimore Heritage holds events with community organizations to celebrate the birthdays of parks and public places. (Photo by Scott Kashnow)

Section 106 might only be a paragraph in the National Historic Preservation Act of 1966, but it’s an important one: It stipulates that federal agencies have a review and consultation process over projects for landmark buildings before they get the green light.

Serena Bellew, director of the Pennsylvania Bureau of Historic Preservation, explained that the spirit of the section is really that of a safeguard: “It’s supposed to make all involved slow down and consider all of the potential concerns. And often there aren’t any [problems] … but some can have devastating effects.”

Per the law, the consulting parties that must be at the table are the applicants, federal agencies, the state historic preservation office (SHPO), tribes, local government and the Advisory Council on Historic Preservation. Then there are groups who are brought into the process by invitation: community organizations, preservation societies and the property owners, just to name a few. The goal: reach a consensus. (For a more detailed understanding of how the process plays out, check out this flowchart from the ACHP.) Naturally, the process can become long and labored, some taking years to complete. This session was a chance to discuss ways to help these bureaucratic talks slide along.

Brian Fey, of SEPTA, presented on a bus depot renovation in North Philadelphia’s Strawberry Mansion section. The plan that eventually worked for everyone in 2010 was actually take two on a project first attempted in 2006. Looking back over the six months it took to get all of the consulted agencies on board, he said that they should have pulled the arts commission and local CDC into talks sooner. Ultimately, the state preservation office ruled the bus depot ineligible for the national register, but SEPTA went forward with the plans.

How can you get members of the community excited about planning, a man in the audience asked. “It’s just important for people to get together and talk,” replied Tonetta Graham, president of the Strawberry Mansion CDC. “What neighborhood planning does is it gives everyone an opportunity to participate. It doesn’t happen overnight. But the more you engage … I think it’s kind of contagious.”

Another panel touched on Section 106 too — this one on preservationists facing the opposite challenge. Last summer, the Department of the Treasury allocated $100 million from the national Hardest Hit Fund to Michigan, with $52 million going straight to Detroit. The fund was established to provide relief for distressed communities struggling with mass foreclosures. Demolitions financed using HHF dollars do not require Section 106 review.

So when Emilie Evans, a specialist at the Michigan Historic Preservation Network, spoke of working with agencies that typically don’t collaborate with preservationists, she wasn’t just talking about organizations that don’t consider themselves in line with the field, but also ones that have no legal obligation to consult her.

“I asked. I just said, ‘You have nothing to lose if we’re sitting at the table. We have resources too,’” Evans recalled.

This later session was not about facilitating the conversations the law requires preservationists to have, but showing up to the talks where organizers might not expect preservationists at all.

“It’s about more than the building,” said Matt Cole, of the Historic Greystone Initiative at Chicago’s Neighborhood Housing Services, stressing the need for the focus to move away from the structural beauty of an edifice alone. “It’s the stories and narratives that come about.”

Each of the speakers relayed methods of expanding how people view preservation, preservationists included. Danielle Potts, of the Oak Ridge Institute for Science and Education at the EPA, advised listeners to pursue ways to make their projects greener, with greater potential economic impact, to strengthen their grant applications and increase their chances of forging partnerships. Eli Pousson, director of outreach and preservation of Baltimore Heritage (and a 2012 Next City Vanguard), said that instead of cornices, his colleagues in the field should be talking about transportation, community development, public space, public health and technology. Connecting with people to realize the value of space is part of the work, said Pousson, who added that Baltimore Heritage holds events with community organizations to celebrate the birthdays of parks and public places.

“Architecture without people is just bad sculpture,” Cole tells me strikingly of the shift that’s happening. A comment from Evans signaled another: “We’re going to demonstrate that preservation is complementary to intervention, demolition.”