Hey, Dan Gilbert: You Can’t Bulldoze Every Abandoned Building In Detroit – Next City 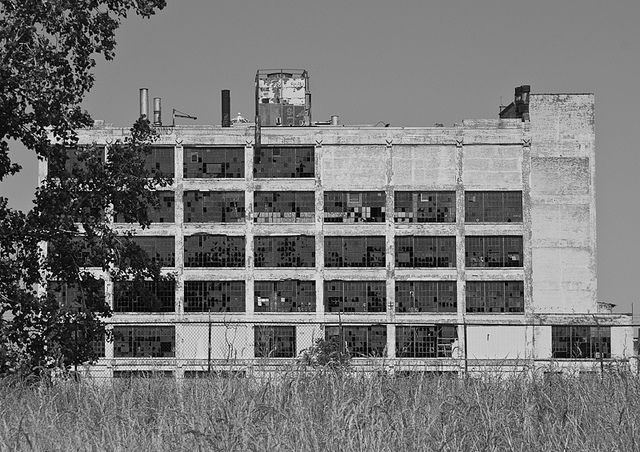 Business owner Dan Gilbert has bought more than 30 buildings with 7.5 million square feet of office space in Detroit’s central business district. The billionaire and Michigan native has put his money where his mouth is and moved about 9,200 of his Rock Ventures employees from the suburbs into the city, providing a great boon for the burgeoning downtown core.

Now, Gilbert wants to get involved in Detroit’s neighborhoods.

Members of the Obama administration met with city leaders last Friday, when they announced new and unlocked $300 million in funds headed to Detroit. (Remember: It’s not $300 million in strictly new, no-strings-attached cash. The feds basically just cut a bunch of red tape and threw in some extra cash for good measure. Don’t get fooled by the headlines.)

Gilbert is on that task force along with Roy Roberts, former emergency manager of the Detroit Public Schools. (They’re calling Roberts, seriously, the “Land Czar.”) The pair has one thing in mind: demolition.

“To get the neighborhoods going, we’ve got to take down the 78,000 or so — we don’t even know the exact number of structures that need to be taken down, mostly houses,” Gilbert said at the recent Techonomy Conference in Detroit. “Once we can get that done, you will have open pieces of land, and you’re going to have, more importantly, hope and optimism.”

Don’t get me wrong, a good majority of these structures need to go. Not because they’re eyesores, but because of safety concerns ranging from drug dens to arson. You can talk all you want about “rightsizing” the city, but the fact remains: Abandoned houses are a liability.

But preservation has as important a role in economic development as demolition. You can’t just tear down Detroit’s historic housing stock and turn its east side into a developer’s dream Sim City. The task force has to be strategic about what to raze and what to preserve. And it needs to take a long look at the lay of the land before it starts hammering away every boarded up building in sight. You don’t want the fabric of the city dug up with a bulldozer.

“Rehabilitation, when feasible, is exponentially a stronger tool,” Emilie Evans, of the Michigan Historic Preservation Network, said at the Reclaiming Vacant Properties conference in Philadelphia last month. Demolition without any clear plan, she said, leaves a city with “a lot of tiny pieces lost.”

Allan Mallach and Lavea Brachman, authors of a May report about the challenges facing former industrial cities, wrote here last month about how demolition is not necessarily a bad thing, as long as it’s strategic. Cities like Detroit, they argued, shouldn’t be afraid to demolish. In fact they need to demolish.

But it can’t happen haphazardly. You need to sustain the currently viable neighborhoods while building new partnerships. Make the most of downtowns while reinventing the economic base. And, most importantly, make sure all residents — from the newcomers to third-generation Detroiters — can benefit from change.