Helsinki Treats New Bike-Share as Another Form of Public Transit 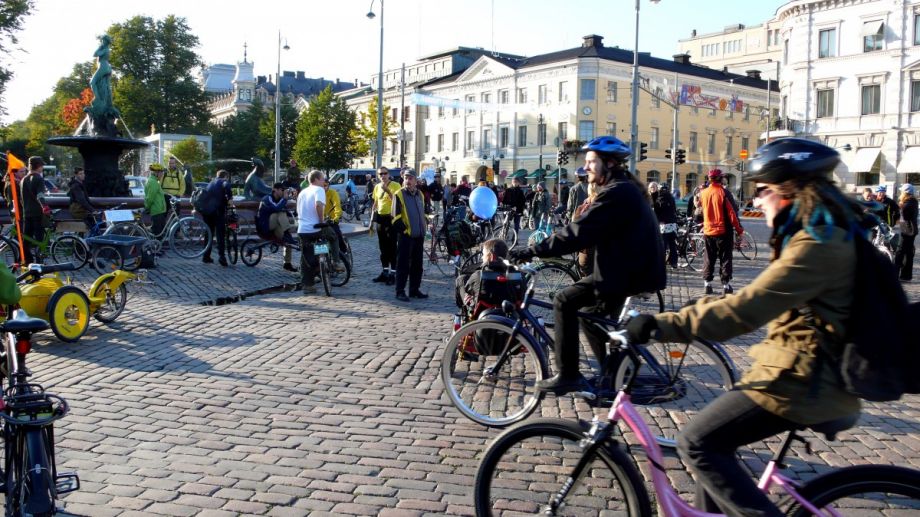 Earlier this month, Helsinki launched a new bike-share program wholly integrated with the rest of the city’s public transportation system — including streetcars, a subway, commuter trains, buses and ferries. According to a statement from the city, all modes of transit, including bike-share, are now included in a regional transportation planning app and can be accessed using the Helsinki Travel Card. The app will point users to the optimal route from point A to point B using any and all modes, alerting them to the location of bike-docking stations and sharing how many bikes are currently available. The smartcard serves as payment on all of the cities’ transportation services, and for registered bike-share users, can serve as identification to unlock a bike.

Bike-share is not always considered a form of public transit in the U.S. Earlier this year, U.S. representatives introduced the Bikeshare Transit Act, which would officially designate bike-share as public transportation, thereby opening up a path for cities and towns to access federal funding for equipment and servicing. Five cities’ bike-share staff are already organized under the Transport Workers Union, and the TWU plans to continue expanding efforts to other cities.

On a technical level, cities like Philadelphia are also looking for ways to better integrate payment and wayfinding technology to make bike-share use easier to combine with public transit. Travel planning app Moovit already gives users the integrated view of public transportation that Helsinki’s system offers, allowing users to see the location and availability of bike-share bikes as part of planning trips that may also include other forms of transportation in over 110 cities around the world.

Helsinki’s bike-share program launched at the beginning of May with 500 cycles and 50 docking stations. In 2017, it will expand to 1,500 bikes and 150 stations. The stations are powered by built-in solar panels, and the program is not available in winter.