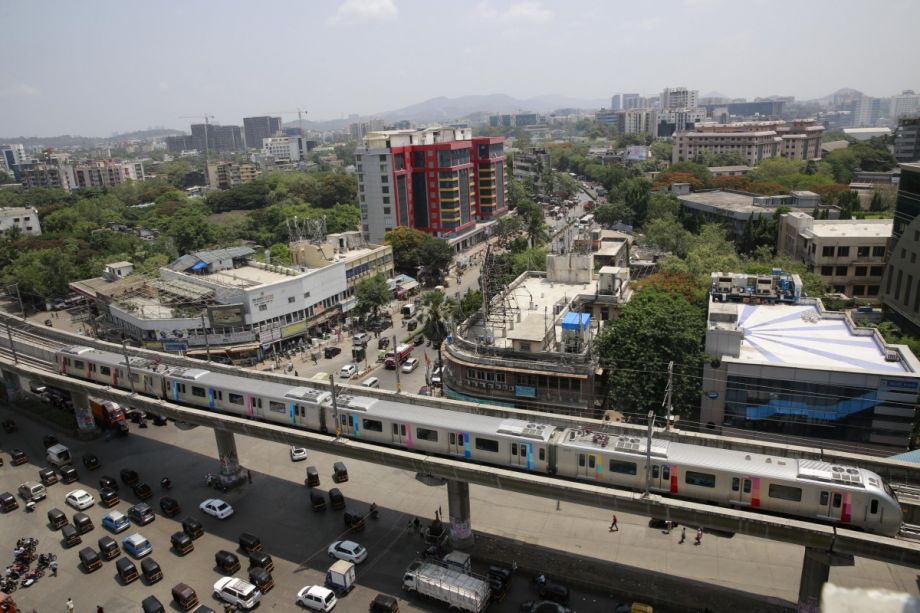 Indian Cabinet OKs Metro System for Nagpur
India continues apace with its program of improving its transportation infrastructure on just about all fronts, including adding metro systems to its middle-sized cities. The latest Indian city to get a green light for a metro is Nagpur, the country’s 13th-largest city, with a population of 2.2 million people.

The International Railway Journal reports that India’s Union Cabinet gave the go-ahead Aug. 20th for the first phase of work to begin on the system. The initial phase will produce two lines totaling 39.6 km in length. One will run from Automotive Square to the city’s airport, and the other will connect Prajapati Nagar with Lokmanya Nagare.

The Indian and Maharashtra state governments, which are splitting the cost of the metro 50-50, wasted no time getting started with the Rs 86.8 billion ($1.44 billion U.S.) project. Two days later, Indian Prime Minister Narendra Nodi laid the foundation stone for the metro. The Indian Express reports that in his remarks at the ceremony, Lodi said that he saw India’s rapid urbanization not as a problem but as an opportunity for growth: “If we had planned accordingly 20-25 years ago, today our urban centres wouldn’t be found crumbling. Even a farmer wants his sons to work in cities. That’s why we have planned to build 100 smart cities, better built as soon as possible.”

Construction Begins on Canada’s Waterloo Light Rail Line
The International Railway Journal also reports that ground was broken on Aug. 21st for the first light rail line in Ontario’s Waterloo-Kitchener region, the backbone of a planned rapid transit system that will include both light rail and bus rapid transit.

The initial segment will connect Fairview Park Mall in Kitchener with Conestoga Mall in Waterloo via downtown Waterloo, a distance of 19 km (12 miles).

Concurrent with this project, a bus rapid transit line will be built from Fairview Park Mall to downtown Cambridge. Plans call for this route to be supplanted by an extension of the light rail line in a future second phase.

Work on the line is being done by a consortium called GrandLinq, which will also run and maintain the line under a 33-year, design-build-finance-operate-and-maintain contract.

The Waterloo region is home to Ontario’s highest concentration of high-tech research institutions and businesses, and its population is projected to increase 50 percent over the next quarter century, which explains regional officials’ interest in developing a rapid transit backbone.

In San Antonio, the Voters Will Speak
Finally, an update on the on-again, off-again saga of VIA Metropolitan Transit’s plans to add light rail to San Antonio’s mass transit mix.

WOAI radio in San Antonio reports that groups opposed to rail transit in the city have succeeded in getting an initiative on the May 2015 election ballot that will require the city to submit any plans for rail transit construction to the voters for approval before a single spade of dirt can be turned.

The exact language of the proposed charter amendment: “No grant of permission to alter or damage any public way of the city for the laying of light rail or streetcar tracks will ever be valid, unless first approved by a majority of qualified electors of the city.”

The wording is designed to prevent the city from transferring funds to another entity, such as VIA, in order to build a streetcar or light rail line, then claim that the city is not funding or building the project.

In other words: That reset button city and county officials spoke about has been turned into a giant “Pause” button — or, if the voters approve the charter amendment next spring, a “Stop” button.

Know of a new transportation project you think should be included here? Tweet @MarketStEl using the hashtag #NewStarts on Twitter.