Tackling the Health Problems That Poverty Causes – Next City 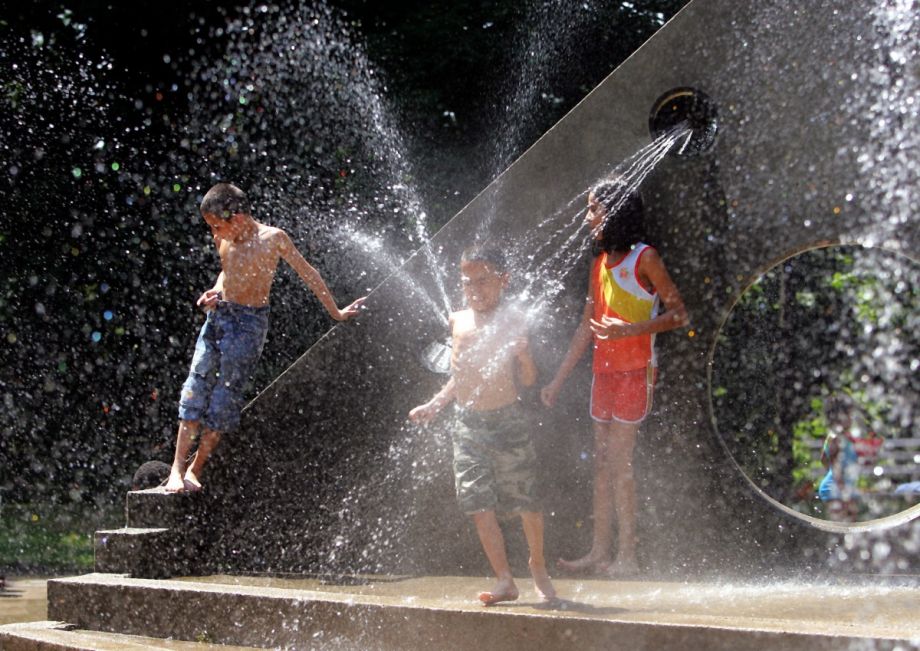 Although the U.S. spends nearly twice as much per person on healthcare as other high-income nations, Americans are sicker and die younger than residents of other rich nations. A “Healthiest Cities and Counties Challenge” is hoping to change that, at least in 50 U.S. communities.

The Challenge is a partnership between the Aetna Foundation, the American Public Health Association and the National Association of Counties, and aims to empower small to mid-size U.S. cities and counties to address the multitude of health concerns facing cities today, from access to healthy food and clean water to a dearth public green spaces in which to play, work and exercise.

What were the health challenges people in cities faced over the last century, and how have they changed in the last decade or two?
Graham: Over the last century, we have witnessed a migration from rural areas into major cities, and a transition from an agrarian economy to one driven primarily by multifaceted businesses. As a result, cities have been faced with the challenge of maintaining economic fluidity and building infrastructures rooted in education and health to meet the growing demand.

In the last two decades, violence, food deserts and challenges with the built environment presented a new set of issues. Cities must now solve issues that include higher rates of violence, restricted access to healthy food, and growing health complications, like asthma, caused by poor living conditions.

How have these health challenges affected those less represented in society?
Ostrowski: As the CDC says, “your ZIP code is actually more predictive of your overall health status than your genetic code.” That’s pretty powerful. Health really happens at home. It happens in our local area, it’s everything that we do, that we are exposed to, that impacts us day to day.

Graham: An alarming trend that public health officials at the local levels are seeing is how to deal with increasing disparities in life expectancies. For example, individuals who graduate from high school will live seven years longer compared to those who drop out of school. Life expectancy numbers are clear indicators of how social determinants of health greatly impact people’s outcomes.

Social determinants of health are all of those factors that happen outside the doctor’s office. Daily factors such as walkability, access to clean water, safety and even overall economic viability play into the health of a given community.

Are there enough resources available to address the challenges?
Ostrowski: When we look at the resources, we generally tend to look at the financial resources, and there will never be enough financial resources to make the change. That’s why we need to work at the community level and engage not only people that are working in city planning, the public health department, the local health clinic and the advocacy groups, but also the residents. They know how to solve the issues. They know what the issues are.

Can you share an example from one of the six cities that have already been named participants in the health challenge?
Ostrowski: One of the six “innovator cities,” New Haven, has an abnormally high rate of asthma in their city. They’re looking at environmental exposures to see if they can lower that rate of asthma within the population in New Haven — increasing people’s physical activity, trying to get people to stop smoking, working to get people to eat healthier and do local and community gardening, and all of those kinds of healthy behaviors.

How can philanthropies, health professionals and urban thought leaders work together to develop solutions that can align public health and community development policies?
Ostrowski: To reach people where they live in their communities and create more vibrant, healthy communities, we have to look outside of the clinical arena and look at the environment, at healthy behaviors, at social and environmental factors, like access to affordable and quality housing, access to a living wage, access to public transportation. Once people have access you can encourage healthy choices, but you can’t do that without access.

That’s why we’re launching our Healthiest Cities and Counties Challenge. The health issues that are facing us today are not simply managed, and we have to look at a number of sectors across the community to actually help solve the issue; it can’t be done by one sector alone. It’s too complex. We need to work at the community level and galvanize cross-sectorial partners, not just with the usual folks at the table, to focus collective resources toward what the community believes is truly most important to improve the health of their overall community.