The Healthcare Industry Is a Growing Giant in Metro Areas 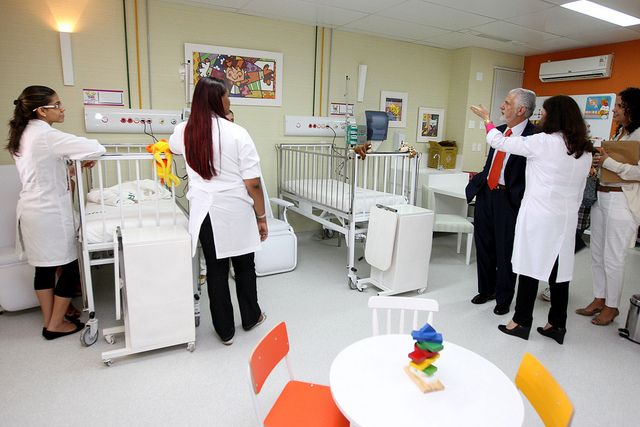 The health care industry employs 14.5 million Americans, or nearly one-twentieth of the national population. Over the last decade, it has had a 22.7 percent employment growth rate — compared to a 2.1 percent growth rate in other industries — according to the Brookings Institution’s Healthcare Metro Monitor Supplement, which “tracks the role of health care in economic recession and recovery in the nation’s 100 largest metropolitan areas.”

Across those metro areas, from New York to St. Louis to Philadelphia, health care is responsible for one in every 10 jobs. The most promising part? Combine the nation’s largest metros, and health care accounted for 13 percent of total job growth during the recession. Safe to say, the industry is doing its part in the recovery.

The job growth rate over the last decade is a nice feather in the cap for health care and obviously good for all the metros involved. (I’m interested to see how the Affordable Health Care Act might change things in the long term.) But, for the most part, health care occupations — whether you’re a technician or a surgeon — are part of the knowledge economy. You have to pay for school or shoulder a hell of a lot of debt to get those gigs.

Which is all good and fine. I don’t want someone to walk up to the operating table without the proper schooling. But I’d like to see how anchor institutions can work in concert with local businesses.

Take the Cleveland Evergreen Cooperatives, an economic development organization composed of small, worker-owned businesses that have access to the purchasing power of local institutions like hospitals. One of its businesses, for example, provides linens for Cleveland hospitals, hotels, nursing homes and restaurants. Another two work with local actors on solar energy and urban agriculture.

What the Evergreen Cooperatives does, therefore, is provide way for businesses outside the knowledge economy to tap into a constant stream of revenue. The anchor institutions, in turn, have realized that their long-term viability rests on local businesses, and have brought these smaller players into the fold.