What Does It Take to Ask for Good Healthcare? – Next City

What Does It Take to Ask for Good Healthcare? 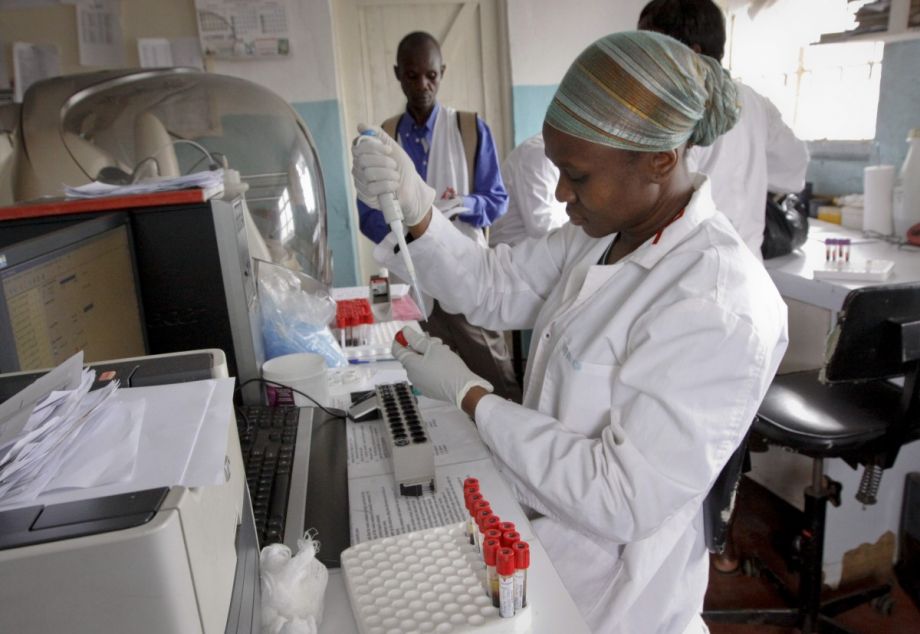 “He said, ‘I’m thinking of joining a society.” Robert Neuwirth, author of Shadow Cities, is describing how his best friend in Kenya told him he was going to die. “He meant a funeral society,” a kind of community group that helps manage funeral costs and sends people to dig the grave.

The friend, a resident of Nairobi’s Kibera slum, was subtly disclosing that he had AIDS. Two years later, he died of what appeared to be oral thrush — an infection survivable with proper care. He was just 28. “You could say he died of stigma,” Neuwirth says, “because offhandedly mentioning the funeral society was as close as he ever came to even admitting he was sick.”

The story is tragic, but not uncommon, as a recent study in Health Affairs makes clear. The study, based on data from a 2012 World Gallup Poll of 58 countries, reveals that most sub-Saharan Africans find their healthcare systems wanting, but prioritize other improvements — such as better jobs and less corruption — ahead of better medical care, even in countries where HIV is common. The finding appears to relate to informal work, democracy, and what researcher Angus S. Deaton describes as “an overall issue in which international help for health has been sort of imposed on countries that are very poor and don’t have enough options.”

Deaton, an economics and international affairs professor at Princeton, says he and coauthor Robert Tortora didn’t consider informal workers specifically. But the research documents in broad strokes a lower quality of life in world regions where most workers are informal.

Survey organization Gallup has been collecting data from African nations below the Sahara since 2005. The poll that Deaton and his colleagues referenced included “Cantril ladder scores,” which ask participants to rank their lives on a scale of 1 (the worst life imaginable) to 10 (the best possible life). Another question captured the percentage of people who felt themselves to be “in perfect health.” Of all world regions, people in sub-Saharan Africa ranked their well-being lowest. In most African countries, fewer than half described experiencing perfect health. (In Kenya, where Kibera is situated, the figure is 19 percent.)

The surveys, which use questions with a fixed range of responses, can’t offer explanations. Nonetheless, a few observations jump out.

Deaton and Tortora’s results state that only 42.4 percent of all sub-Saharan Africans say that “good [health] care is available.” The figure is the lowest in the world; in other areas, as many as 86.3 percent of people felt they could access good care. The finding squares with a 2013 survey of 34 countries by research group Afrobarometer, which found that over half of Africans did without healthcare at least some of the time. Another Afrobarometer report documents health service satisfaction among just 57 percent of survey-takers.

But the Africans who the Gallup World Poll questioned didn’t prioritize better healthcare. Given a choice of six priorities for government action, healthcare came in behind new jobs, improvements to agriculture, reducing corruption and better education. Just 13 percent of Africans wanted better care; only improvements to electricity was ranked lower. “It seems like they downgrade health, at least in Africa, among their highest priorities,” Deaton says.

Even HIV doesn’t change that. In eight of the nine African countries where more than 5 percent of the population has HIV, survey participants reported that they perceived the healthcare system to be improving. But people in these countries didn’t particularly want healthcare to improve. “We also found a strong negative correlation across countries between prioritizing health care and HIV prevalence,” Deaton and Tortora write, suggesting that high-prevalence countries may experience “spillovers” from HIV-centered care to all-around better healthcare for everyone.

But the HIV experience may also point out why Africans don’t prioritize government improvements to healthcare. The study notes that international NGOs have increasingly focused on providing health services in sub-Saharan Africa — despite surveys revealing Africans aren’t particularly interested in it. “We’re doing something that we seem to want to do,” Deaton says, indicating international actors. “And it’s not clear that they” — African people — “necessarily want to do that.”

Deaton finds this survey result unsurprising. “I think this gap has come up several times,” he says. “So I don’t think it’s a question of whether it’s really there or not.”

While NGO health services may simply be crowding out public demand for improved public services, the preponderance of foreign aid-funded care connects to a different problem: deficient democracy. This, too, may tie into sub-Saharan Africa’s informal economies. Unlike democratically elected governments, NGOs can’t be voted out for failing to respond to the wills of the people they serve. The result, to some extent, is the loss of a feedback loop that would tie healthcare activities to public desires.

That deficit may connect to poor healthcare and to informal work. One reason that NGOs, rather than governments, handle essential functions in African nations is a lack of taxation, a characteristic that defines informal economics. Additionally, state-run benefits programs providing health insurance and public aid are often specifically for people in formal employment, a slim minority of the African population. “Breaking out of informality is increasingly seen as one of the main development challenges,” reads an International Labour Organization study titled “The informal economy in Africa: Promoting transition to formality.” The ILO proposes a solution that seems to square with decreasing unaccountable aid: Include more people in the formal economy, where democratic governments can provide services that conform more closely to perceived public needs.

Africans might embrace that more than they do NGO-based healthcare. A 2014 Afrobarometer survey of 34 African countries documented an overall eagerness for democracy — including several countries where people describe a “deficit of democracy,” or a public desire greater than what political elites are offering.

While Neuwirth agrees with better government, he says social empowerment is necessary, too. His book describes a total lack of adequate health NGOs in Kibera, and generally evinces the idea that few locals believed they could ask for more than the poor services they already received. Deaton adds to the point, writing that “after centuries of high morbidity, [people in the region] may not believe that the government (or anyone else) is capable of providing any meaningful relief.”

Amidst imperfect NGO and government services, disenfranchisement can end in avoidable death — even when healthcare is available. Some positive changes are slowly accreting despite the imperfections. But in pursuit of the best life possible, the entanglement of democracy, healthcare and informal economics implies there is much work to be done.