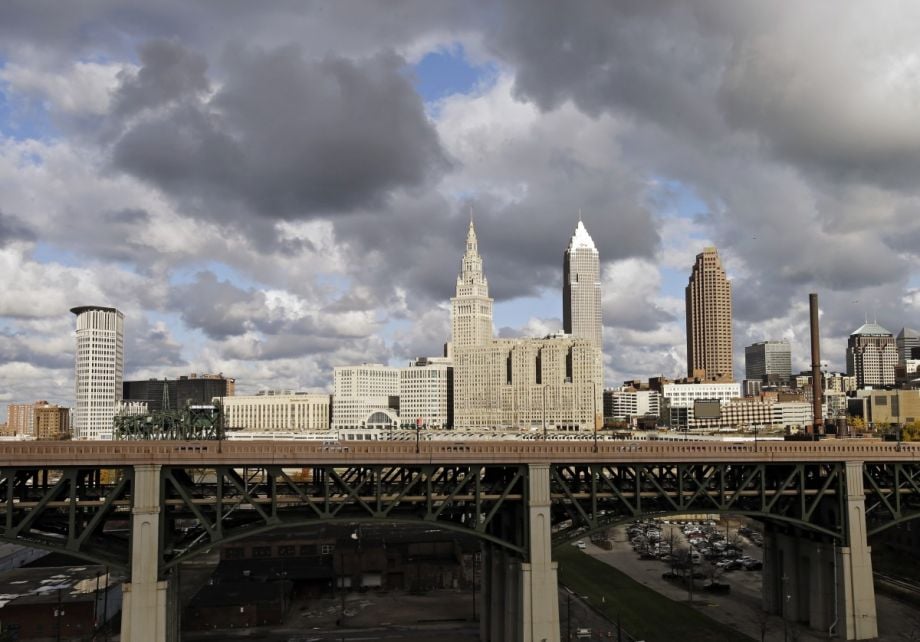 In his essay from earlier this year, “The Case for Reparations,” Ta-Nehisi Coates uses, in part, historic documents — such as a 1783 petition for reparations, and a 1961 mortgage contract — to weave a narrative of how African-Americans have been systematically drained of assets — from slavery through the 20th century.

While the heart of Coates’ essay centers on discriminatory housing practices in Chicago, similar tales about the roots of chronic poverty and its effects can be reproduced in every urban area in the nation. Now, thanks to Ohio researchers, there’s a compelling new online story map that shows how the settlement patterns of Cleveland neighborhoods were shaped by race-restrictive covenants, Home Owners’ Loan Corporation (HOLC) redlining maps and urban renewal. The tool, the result of a collaboration between the Kirwan Institute for the Study of Race and Ethnicity and the Cuyahoga County, Ohio Place Matters initiative, also connects that history with health problems many Cleveland residents have today.

“One thing that captures folks with the story map and all the work we’ve done, is taking a general concept like redlining, that people might have heard of, and make it very real and concrete,” says Jason Reece, director of research at the Kirwan Institute. “You can zoom in. You can read an accessor note about a particular neighborhood and folks that lived there, and you can see the aftereffect and what was driving folks when [the HOLC] was supposedly doing this very technical review of neighborhoods.”

Just a few years ago, these same neighborhoods suffered the most from foreclosures during the housing crisis. To display how these facts are interrelated, the story map describes how, in the 1920s and 1930s, the HOLC created maps that assigned grades of “A” through “D” to indicate which areas were desirable for investment. In the story map, it’s clear that the redlined communities, rated “C” or “D,’” or undesirable and typically African-American, were much more likely to be targeted for subprime, high-cost loans between 2004 and 2007. They’re also more likely to have high rates of infant mortality and lead exposure.

One of the historical accessor notes used in a recent presentation about the project reads:

Informed realtor’s opinion is that this section should have been, at the outset, developed for colored occupancy as an overflow outlet for the strong movement that has progressed into the northeastern part of Cleveland. However no concerted effort was made and the present occupancy has resulted from the normal characteristic of colored infiltration into Jewish and Italian neighborhoods with the obsolescence of property due to the lack of maintenance. The apparent future for this area will be an increasing occupancy ratio by Jewish, Italian and colored with a steady fall in price values.

Reece says one of the aims of telling a comprehensive story about historical inequity in Cleveland was to demonstrate how future policy decisions could be approached.

“If you look at the history of Cleveland and what happened there at that time, our norms of what was acceptable would clearly be racist or classist today in terms of the values that were driving or embedded in a lot of policy,” says Reece. “It’s clear to us that we have a lot of work to do to remedy the aftereffects of this in the way we develop the city.”

Instead of calling future investment into communities hit hard by redlining, urban renewal and subprime loan targeting “reparations,” Reece says that the Kirwan Institute and Place Matters refer to returning assets to these communities as “restorative investment.”

For its part in the project, Place Matters’ mission is to “ensure health implications and equity considerations are in the forefront as policy makers.”

But, as Reece points out, even a seemingly benign health-booster like a community garden can hit a snag in a city with Cleveland’s history.

Reece says community dialogues about the project in areas hardest hit by the foreclosure crisis have revealed a hesitancy to hand over vacant land to non-profit groups for something like a community garden. Despite the good intentions of these organizations, they might be unintentionally “picking at a scab,” since these communities have been giving over land for generations. I asked Reece about where community land trusts would fit in this conversation, and he said that they are likely to have a positive effect on these neighborhoods, as long as they are community-guided and the structure ensures community ownership.

“A thing that’s important to think about when we look at what happened in [these historical eras], is that these are great examples of when we plan for others and really just don’t think of them as active participants,” says Reece. “In thinking forward, how do we make sure that the voices of whatever marginalized communities exist are actively at the table and empowered with regards to the future of their community?”