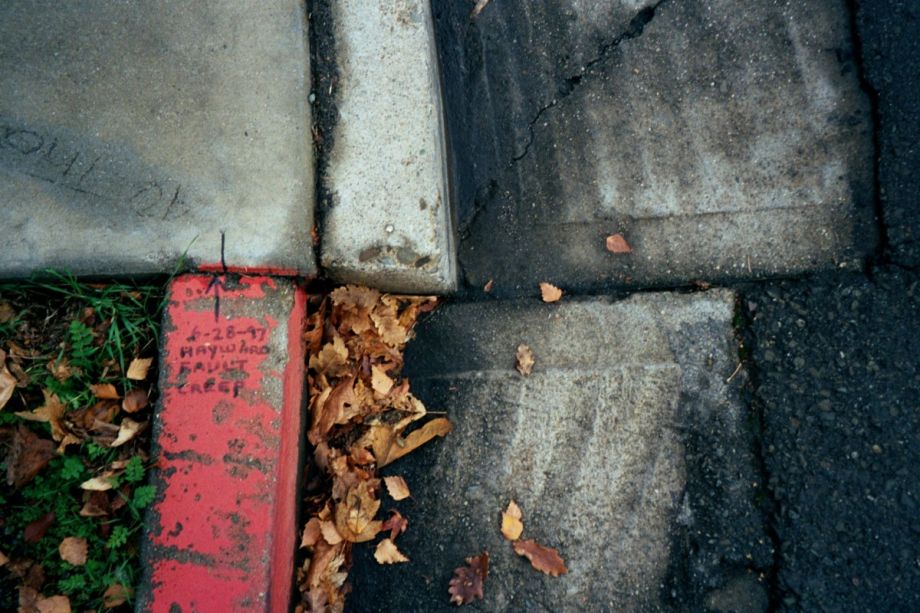 The shifting curb in Hayward, California (Photo by missyleone via Flickr)

A misaligned curb in the Bay Area city of Hayward has been repaired — much to the chagrin of scientists who have been flocking to the street corner for decades, reports the Los Angeles Times. To the untrained eye the curb may look like a clear case of neglect, but to seismologists and geologists it’s a perfect illustration of how faults work and a public reminder of the ticking time bomb beneath the city. The Hayward Fault, which cuts directly beneath Berkeley, Oakland, Hayward and Fremont, has been slowly pulling the curb apart, just like it’s been slowly dismantling Hayward’s City Hall. Based on the geologic record, the fault is expected to rupture and produce another massive earthquake “at any time,” one geologist told the Times.

To the city, it was a busted sidewalk. “We weren’t aware of it,” said Kelly McAdoo, assistant city manager. The curb was replaced to install a wheelchair-accessible ramp. “Our mandate from our council is that we have safe sidewalks and accessible sidewalks for all members of our community.” She said the city may have helped the geologists document the site if they’d known about it, but that ultimately, because of safety concerns, the curb would have been fixed, seismic significance or no.

Nooooo! Did the city even know they were killing a classic geopilgrimage site with their maintenance work? :( https://t.co/ixIVq0AI4h

Scientists expressed their dismay online. “It’s sad. It was a real letdown,” said Andrew Alden, an Oakland-based science writer. “It’s really unusual to have such a clean piece of evidence right here.” One website even documents the curb’s movement since 1971. The Hayward fault ruptures approximately every 160 years, and hasn’t done so in 148 years, meaning it’s due to produce a quake some time soon. Approximately 2 million people live on top of the fault. “There’s a tremendous amount of infrastructure built up on it — water systems, gas, electrical, BART crosses it — so a large event on that fault is like hitting the bullseye on a target,” said David Schwartz, a U.S. Geological Survey geologist.

He wishes the city had left the offset curb as a visual reminder of the fault’s constant movement, and would love to see signs put up at all the remaining places where the fault’s activity is visible. He doesn’t think the city would go for it though. “I think they’d think it’s negative publicity. But I think it’s informative to the public.”