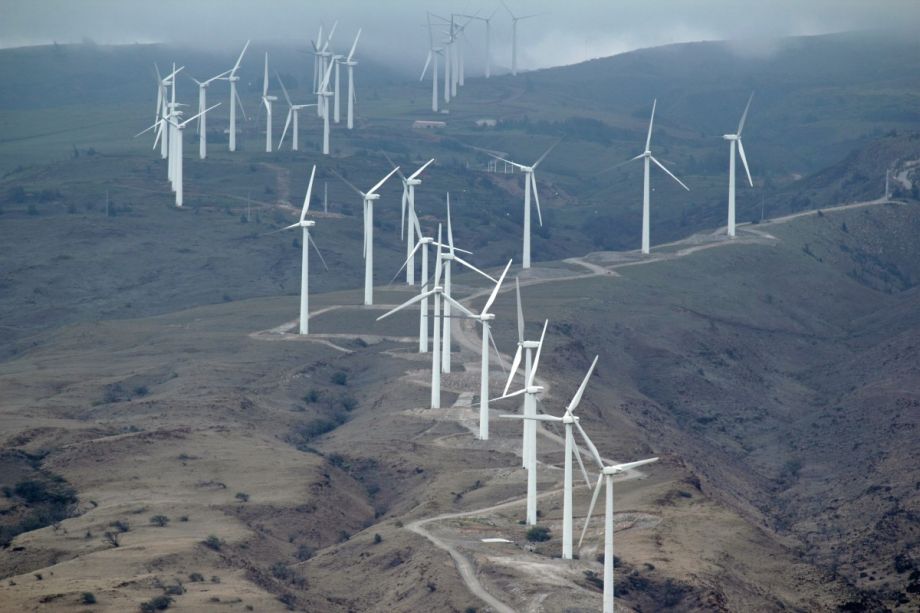 Earlier this month, Hawaiian lawmakers passed a bill mandating a complete switch to renewable energy by 2045. If signed by the governor, Hawaii could become the country’s first state to set a 100 percent goal. California, despite its leading solar market, has only committed to 33 percent by 2020.

Renewable Portfolio Standards are state-level policy, but as officials from Los Angeles to San Antonio are trying to prove, municipalities can incentivize the infrastructure necessary for their success. Alan Arakawa is the mayor of Maui County, which includes the islands of Maui, Lana’i and Moloka’i, and he’s spent his last two terms troubleshooting how to do precisely that.

Part of the reason, he says when we speak, is the cost of shipping in traditional fuels.

“We pay some of the highest electric prices in the entire nation — almost three times higher [than the national average]. Every community that has no petroleum must pay higher prices because of the imports.”

Finally, though the Mayor doesn’t mention it, Hawaii is on the short list for problems associated with Arctic warming, from hurricane frequency to coastal erosion — a factor that David Frankel, chair of the Sierra Club Hawaii chapter, sees as a major motivator in the state’s ambitious (and relatively uncontested) RPS.

In other words, it’s not too surprising that the legislature went all the way. And Arakawa thinks counties and cities can easily meet or exceed the mandates, though they may need to explore a different utility structure.

“We have the authority within communities to change the structure of how we produce energy,” he says, adding that Maui County could produce more than 100 percent of the energy it needs through a combination of solar, wind, hydro and biomass.

Currently, between 30 and 35 percent of the county’s energy comes from renewables, making its mix greener than the 2020 goals of most U.S. states. Solar projects on Lana’i, and wind farms, land fill methane conversion, and hydroelectric generators on Maui help its numbers, and a partnership with the Japanese government agency NEDO has created extensive EV infrastructure — according to Arakawa, Maui Island has the most electric vehicles per capita in the world.

Going forward, Arakawa outlines several small steps on the path to 100 percent: switching streetlights to LEDs and adding more wind to help power EVs at night. But the county’s larger step comes in the form of a recently broadcast RFP. According to a May 5th article in the Pacific Business News, the county’s Office of Economic Development has already budgeted $30,000 for a firm “to analyze the best utility and ownership structures,” with June 25th as the expected award date. Translation: The county is exploring the possibility of public ownership, among other models.

Currently, Maui Electric Company (MECO), a subsidiary of Hawaii Electric Company (HECO), supplies the county’s power. According to Frankel, the islands’ IOUs have created some hurdles for renewable — and particularly solar — adopters.

“We were doubling the amount of electricity produced by PVs for about five to six years,” he says, adding that a recent backlog of applications slowed progress. (Darren Pai, a spokesperson for HECO, confirmed in an email that a backlog of approximately 2,800 pending applications did exist last year, but he added that the company is now more than 90 percent caught up).

HECO has also proposed swapping retail net metering for a tariff program, much to the dismay of some solar advocates. According to Pai, the company’s reasoning echoes national themes: Fixed infrastructure costs and fewer ratepayers to cover them.

“Currently, the cost of grid operations and maintenance is increasingly being shifted from those who have rooftop solar to those who don’t,” he writes.

But with a pending merger between HECO and the Florida-headquartered NextEra Energy on the horizon, Arakawa says the county wants to explore every option. Bottom line: Officials want to go completely renewable — soon.

“It’s really not a question of whether we can go to 100 percent; the debate has been on how long it should take, and we say this should be done as quickly as possible,” he says.