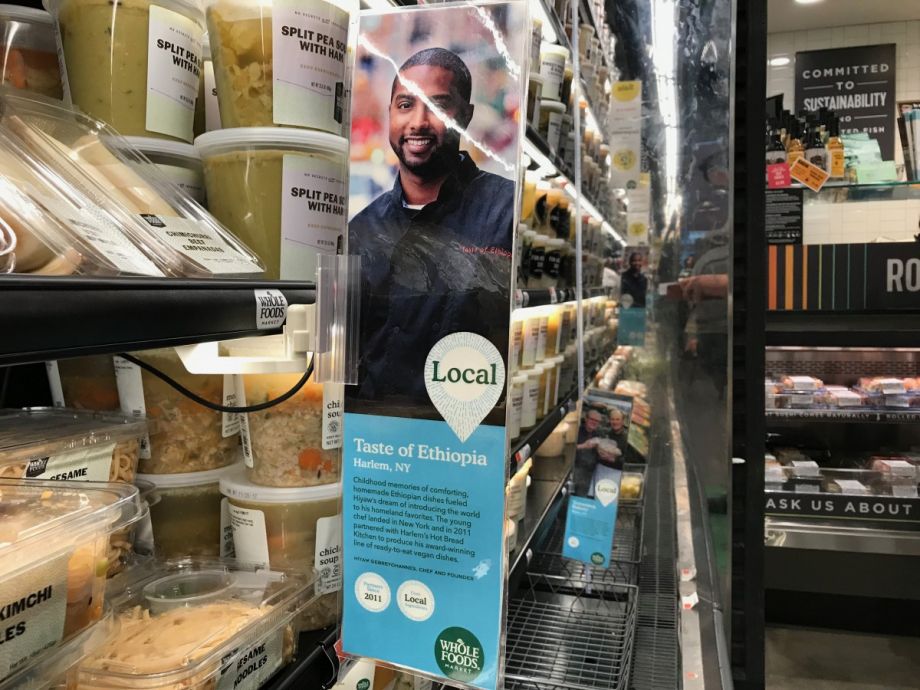 Amid surging development in Harlem, Nikoa Evans-Hendricks is on a mission to preserve the New York City neighborhood’s culture.

“What makes Harlem Harlem, is the small-time feel in a big city that we have,” says Evans-Hendricks, who’s executive director of Harlem Park to Park (HP2P), a nine-year-old nonprofit network of more than 100 neighborhood entrepreneurs who live in Harlem or nearby. “That’s what Harlem is. Sharing cups of sugar. Is that still possible in Harlem? When you walk up and down the street, does everyone still say ‘good morning,’ does it still have that Southern hospitality that is so prevalent in Harlem?”

To achieve its mission of cultural preservation, Harlem Park to Park promotes and supports neighborhood businesses. They organize festivals and special promotional weeks to spotlight members of the network. It’s the local business ownership, Evans-Hendricks believes, that’s the lynchpin for Harlem’s culture in the face of new development.

“If we don’t at least make sure that it’s balanced so that there is a mix of the locally owned with corporate, then you will lose the ‘charm’ that makes Harlem Harlem. That’s when it becomes sanitized. That’s what we don’t want,” she says.

Whole Foods grocery chain announced in 2012 that it would open a store at 125th Street and Lenox Avenue, at the very beating heart of Harlem, a location where community organizers led by current and formerly homeless people once protested against the previous property owners for driving tenants out of buildings and selling the buildings off to the highest bidder.

Evans-Hendricks will never forget the day the news broke about Whole Foods signing a lease for the coveted corner.

“We said, wait, they’re opening a store? Let’s start cultivating that relationship now and start developing an artisanal market now, so that when the store opens we can get products on the shelves,” she says. “We contacted them the day I read the article and said, ‘you need to partner with Park to Park and this is what we’re doing.’”

Five years later, that foresight paid off. When the store opened on July 21, it had products from 20 Harlem vendors on its shelves, among dozens of other vendors Whole Foods has highlighted as “local,” which include some vendors as far as Pennsylvania. Almost every aisle has at least one local vendor tag sticking out like a beacon, and shoppers are flocking to the store to find them. The location made double its opening week sales projections, and has broken weekly sales projections just about every week since.

“People see the products on the shelves now, but they don’t always realize we started that initiative five years ago,” says Evans-Hendricks. “That’s how long it takes.”

When news broke about online retailer Amazon’s acquisition of Whole Foods, some questioned whether the local vendor partnerships would continue. But the local vendors are too vital to the store to give up.

“All Whole Foods Market stores will continue to sell local products, and our buyers remain committed to discovering and incubating local and innovative brands,” says Ted Kwong, a spokesperson for Whole Foods.

By this point, according to Evans-Hendricks, the store has doubled and in some cases tripled the order quantities from all of the local vendors placed through HP2P’s Harlem Local Vendor Program so far, and the store has further committed to substantially increasing the number of Harlem vendors on its shelves over the next two years. To get there, starting next year HP2P will run two annual cohorts of its Harlem Local Vendor Program instead of just one, with sponsorship from Whole Foods, Columbia University, the state-affiliated Harlem Community Development Corporation and Hot Bread Kitchen.

Hot Bread Kitchen has itself been a Whole Foods vendor since 2011, selling its line of breads produced in East Harlem at multiple Whole Foods locations around the region. As a nonprofit, Hot Bread Kitchen also triples as a workforce development program and as an incubator of artisan food manufacturing businesses, with a focus in each case on women and immigrants.

It might take a couple months for vendors to “clean up their label,” says Rodriguez, referring to the process of altering raw ingredients to meet with Whole Foods’ standards of no artificial sweeteners, no artificial preservatives and other requirements like zero trans fats. There’s a whole world of organic ingredient suppliers that has emerged to meet the raw ingredient needs of businesses that produce goods for Whole Foods.

“A little brand from Harlem might never get through the door, contacting these large ingredient distributors,” says Evans-Hendricks. “But coming to those companies as a Whole Foods vendor they automatically open the door.”

The Harlem Local Vendor Program caters to more than food businesses, too, with alumni now also talking to retailers like Macy’s. More corporate buyers plan to attend the program’s next buyer fair in December. The partnership for Whole Foods has started opening those doors too.

“We are effectively creating an artisan manufacturing industry in Harlem, a buyer-supplier market exchange that did not exist before, and we have growing demand because people have seen how profitable it was for Whole Foods to bring local Harlem vendors in,” says Evans-Hendricks.

Her hope is that other communities in other cities now facing new development in historically underinvested areas can do the same.

“From Detroit to Chicago to Atlanta, every place is being redeveloped and gentrified,” Evans-Hendricks says. “I’m hoping people realize you don’t have to just let it roll over you. You can actually do something, but you’ve got to be organized and taking steps 10 years out.”

Editor’s Note: HP2P requested that Next City amend the goal for the expansion of local vendors previously reported in this story.