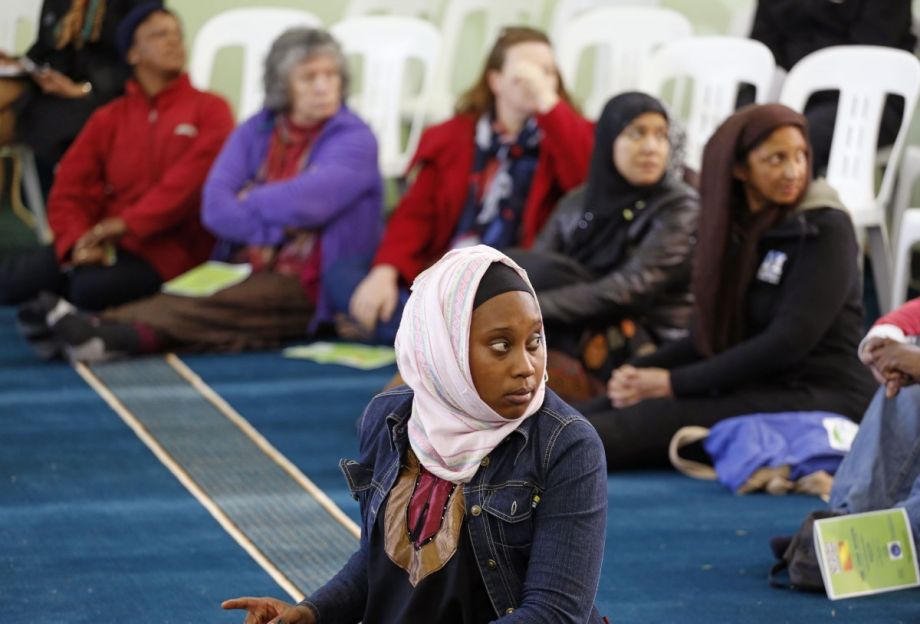 The international community has made important progress in recognizing the role of gender equality in sustainable development over recent years. The 2030 Sustainable Development Agenda includes a stand-alone goal on gender (SDG 5) and integrates a gender perspective into many of the 17 goals. The local and regional governments of United Cities and Local Governments (UCLG) strongly believe that the Habitat III Conference should build on this momentum, and that its outcomes will be critical to the empowerment of women by making cities centers of opportunity.

UCLG firmly believes that urbanization represents a great opportunity for the millions of women who are trying to build their future in cities, calling for their rights and autonomy. In contrast, without the drive, knowledge and strength of women sustainable urbanization will be impossible. The social, economic, political and cultural empowerment of women is a prerequisite for sustainable societies.

As the principle structural inequality across the globe, gender must be a lens through which all urban and territorial policy-making is considered. Local governments have a pivotal role to play in tearing down barriers to equity and working actively so that women can harness their full potential and enhance development in cities, territories and regional and global spheres.

Local governments are in a unique position to promote the inclusion and empowerment of women in local public life. As the sphere of government closest to the people, local government is often the site of decision-making that is most accessible to women’s participation. Strong decentralization and participation have proven to be closely linked with the empowerment of women and to more gender-responsive policy making. The direct involvement of women in city design and management has contributed greatly to the development of resilient communities.

That’s why we’re encouraged by the release of the revised draft of the New Urban Agenda today. We celebrate the text’s acknowledgement of the “fundamental role” of local and subnational governments in ensuring the wellbeing of our communities and welcome its landmark call for gender-responsive policy-making.

In the area of citizen participation, the draft not only commits to support local governments in implementing gender-responsive approaches, it makes specific mention of “gender-responsive budgeting, accounting, procurement, reporting, auditing and oversight.” Including a gender perspective in municipal budgets is a powerful tool to ensure that resources are allocated to women’s particular needs and priorities and it is vital that this language makes it through the negotiations to Quito.

In terms of women’s economic participation, the current draft is strong, committing to the “empowerment of all women and girls in order to enable their effective, full and equal participation in the urban economy.” However, the New Urban Agenda should go further in recognizing women’s leadership role in driving urban prosperity, resilience and sustainable development.

Nevertheless, we need to be bolder in addressing the structures of inequality that continue to bar women from many spheres of society, such as a lack of access to basic services. While the draft does mention unpaid and domestic work, it does not explicitly acknowledge the gendered nature of the phenomenon, nor its link with reproductive work. UCLG would also like to see clearer recognition of the role that women play in food security. This requires us to provide gender-sensitive transportation and sanitation to improve women’s conditions in the public markets were they are economically active, as well as to ensure their access to land ownership. Only by actively tackling such structural inequalities will the empowerment of women be possible.

One of the key challenges for the New Urban Agenda will be to foster renewed partnerships between civil society and local governments to encourage women to stand for elected office. The local elected leaders on UCLG´s Standing Committee on Gender Equality advocate for the feminization of politics, with the goal of bringing different priorities to the forefront. It is women, in partnership with their male allies, who will take the lead in gender empowerment and gender-sensitive policies. The number of female politicians needs to increase and, once in office, they need to be mobilized to support young women and girls to follow in their footsteps.

In order to effectively drive forward change on participation, explicit links should be sought between the New Urban Agenda and SDG 5, which has a specific target on increasing participation by women in political, economic and public life. Local governments can help to make this link, both by increasing opportunities for women to stand for elected office (currently just 20% of elected local councilors worldwide are women), and by working to include female citizens in all policy-making processes. Links should also be made with the Paris Climate Agreement and the Sendai Framework for Disaster Risk Reduction. Addressing climate change requires looking beyond environmental issues to larger social questions such as the provision of water, sanitation and social housing, all of which are gendered.

In order to play our role in linking up global agendas and ensuring that no one is left behind, local governments need improved local capacities and resources to collect and monitor data, disaggregated by sex, on all indicators related to sustainable development. We also need to scale-up and share horizontally innovative, bottom-up solutions for gender-inequality.

Throughout history, women’s knowledge and work have contributed to sustainable solutions in every area of urban life, from culture to ecology, from food security to human rights. Gender sensitive policies both benefit women and girls and unlock transformational potential across the board, changing perceptions, practices and values to create human, community and environmental wellbeing. This, above all, is why we must seize the opportunity of the New Urban Agenda and recognize women as powerful co-creators of fair and equitable cities and territories. There is a mammoth task ahead and each of us must play our part in fostering the advancement of women.

Emilia Sáiz is deputy secretary general of United Cities and Local Government based in Barcelona, Spain.