Designing the Strategy and Protests of Grassroots Politics – Next City

Designing the Strategy and Protests of Grassroots Politics 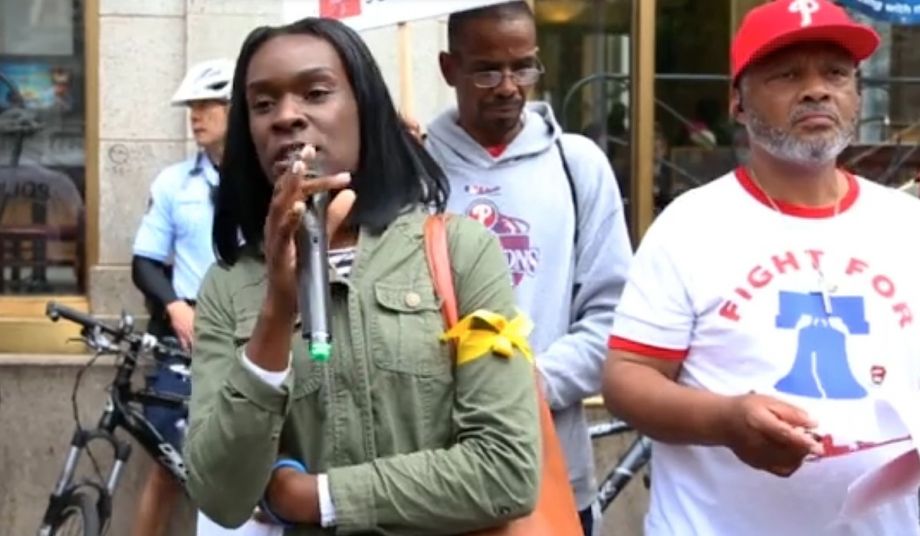 Milena Velis has a Jim Kenney story. Kenney is the Democratic candidate for the mayor of Philadelphia in today’s election. Velis is one of a team of filmmakers behind “Groundwork,” a new docuseries that focuses on grassroots politics. The tale about the likely mayor is from a time when her team was in the middle of filming a Philadelphia City Council hearing on ICE holds, or immigration detainers.

“There was a really anti-immigrant testifier, and [Kenney] was the person who kind of put them in their place.” she recalls. “He talked about everyone being an immigrant. It was a moment that both solidified a relationship of people really backing him, but it was also the power of the stories that people were putting out.”

That moment wound up on the cutting room floor. Politicians are secondary figures in “Groundwork”; the focus is squarely on the organizers and political organizing in progress. We see the demonstrations — and we also see the public meetings and the internal strategizing too.

For the series’ creators, this was more than storytelling choice. The Media Mobilizing Project is an activist group in its own right, and “Groundwork” is one of its current campaigns, alongside training budding directors on filmmaking for social justice and pushing for city renegotiations with Comcast, which is headquartered in Philadelphia, to better equip schools and bridge the Internet access gap. They work as a “partner-in-arms” with the subjects profiled, Velis says.

“A big part of our mission is to help that process [for change] forward,” she adds. “On a film narrative level, we can show it because we’ve been part also of figuring out media, communications and organizing qualities at different steps.”

All the shorts are Pennsylvania-based, four in Philly and a fifth in Wilkes-Barre. They spotlight students fighting closures, undocumented residents pushing for access to driver’s licenses, fast food workers campaigning for a living wage, nurses driving back dangerous cost-cutting measures in a for-profit hospital and neighborhood environmental justice advocates trying to clean up their community. For all the frustrations aired, these are positive, heartening stories. I ask Velis if they felt an obligation to make viewers feel that way — heartened. She quickly replies, “Definitely, definitely.”

“Leaving people feeling more hopeless than before is never a good outcome,” she says. The most dogged organizers are often “the most hopeful,” explains Velis. “Something that I’ve seen time and time again is that attitude or that perspective does get results. It’s obviously not as simple as that, but that’s a big part of it. I think communicating that is really important for us.”

In “A Job I Can Enjoy,” Shymara Jones captures that dogged hope in her speech at a rally for a higher minimum wage, saying, “Before I leave this Earth, I’m going to make sure that my son and everyone else beside me, older than me, younger than me, they’re going to make $15 [an hour].

Velis considers Kenney’s nomination (and all but guaranteed win today) proof of how much political movements — in particular education advocacy, are influencing elections. Many analysts agree that schools were indeed a factor in his landslide victory during the primary. But the biggest message of “Groundwork” is how much progress everyday residents can gain outside of the polls.

“One thing I had heard people say, but [filming led to] really seeing it, is how much legislators really do respond to their doors or to their hearings,” Velis reflects.

The five shorts are currently viewable online. The Media Mobilizing Project plans to seam them together into a feature film, which should be released come January.