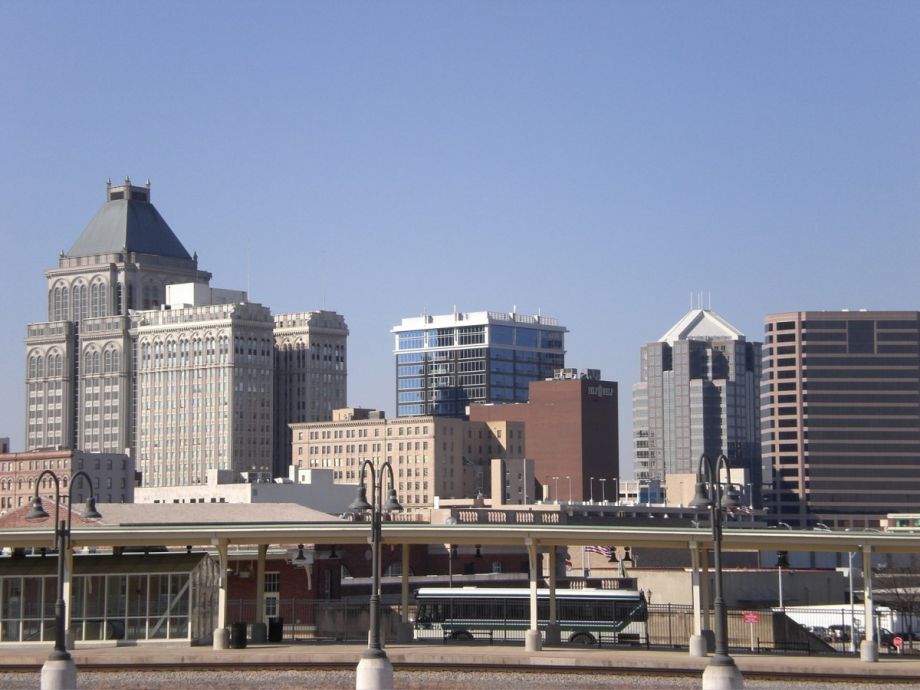 The Wikipedia page for Greensboro, North Carolina, has a history that goes something like this: Quaker beginnings, followed by Civil War strife, then a little incident involving four college students at a Woolworth’s lunch counter in 1960 — that last one is arguably the most iconic moment of the civil rights era. And then … well, it basically ends, as if Greensboro disappeared like all those people in “The Leftovers.”

Of course, a lot has changed in Greensboro over the last 50 years, including what once seemed improbable: It’s become a majority-minority city. Bifurcations of class and race still exist and one in five people live in poverty, but the city has remade itself from the days of Jim Crow. In place of a strong textile-manufacturing industry, there’s now an unmistakable global bent — a population that includes 11 percent people born outside the U.S. and an economy in which 9 percent of the private sector workforce (some 27,000 jobs) is employed by a foreign company. That’s the second-highest share among the nation’s top 100 metros.

This new look for Greensboro got a $500,000 boost this month, with a federal prize by way of the Obama Administration. The money will go toward the creation of a new institution called the Global Opportunities Center that will assist local businesses with the ins and outs of establishing a global footprint, bring new global firms to town and serve as a launching pad for local students looking at international business careers.

“I think of it as the one-stop shop for anything global,” says Bryan Toney, associate vice chancellor for economic development and corporate engagement at the University of North Carolina at Greensboro. The University collaborated with five local nonprofits on the executive proposal for the project. The plan is for the new center to provide workshops, seminars and consulting aimed at small- or medium-sized businesses that’ve never exported or that want to expand — run by economics professors and experts from the state government’s international marketing team.

It’s also envisioned as a global chamber of commerce of sorts, where foreign businesses can meet and get deals done. “And the same goes for students,” Toney says. “If you want to pursue an international career, this is a place to find connections.” He envisions a student returning from a Brazil study abroad program and utilizing his newfound language proficiency as a translator for companies looking to make inroads in Sao Paulo, either working as an intern or in an entry-level position. Or, if not students, then the language expertise and connections to new markets could be supplied by foreign-born residents in Greensboro. “There’s never been a center like this that’s been done in the U.S.,” Toney adds. “And it’s something that could be replicated in other places.”

While the people behind the center say it will create 1,680 jobs and bring in $48 million in tax revenue for Greensboro, how much of that will benefit low-income residents of the region or help curb inequality remains to be seen.

The center is a malleable blueprint right now; a location hasn’t even been selected. But the Strong Cities, Strong Communities (SC2) initiative — which seeks to “assist cities experiencing chronic economic distress” in enhancing their economic vision by leveraging the preexisting resources in the community — liked what it saw in the centrality of partnerships at the heart of the Global Opportunities Center.

Of the seven higher-ed institutions in Greensboro — a bevy for a city of 275,000 — four collaborated directly on the winning proposal, along with the NC Small Business and Technology Development Center and nonprofit group Boundless Impact. “There are all these assets, but nobody knows what’s going on in someone else’s back yard,” says Cindy Thompson, executive director of Boundless Impact. “Why not start bringing them together and developing a common global identity?”

In fact, the center is neither the start nor the culmination of these nonprofits teaming up. A sort of nouveau brain trust called Opportunities Greensboro has gained influence in the city, consisting of heads of universities, municipal offices and private-sector businesses. The quasi organization (it has no legal status), which convenes every few months, is modeled after a similar partnership in Spokane. Its key initiative thus far has been the construction of Union Square, a downtown campus that will be home to buildings shared by colleges and universities, such as an 85,000-square-foot collaborative nursing facility which broke ground this spring.

The SC2 money will provide roughly one-quarter of the seed money needed for the center (its annual operating costs thereafter are expected to be $1 million per year), the rest of which is expected to be raised through public and private sponsorships. If the center does end up being located within earshot of the Union Square campus — a popular choice, according to Thompson — it will be a flagship of the collaborative economic future that’s already underway in Greensboro.