How Historic Preservation Can Drive Examination of Racial Inequality – Next City

How Historic Preservation Can Drive Examination of Racial Inequality 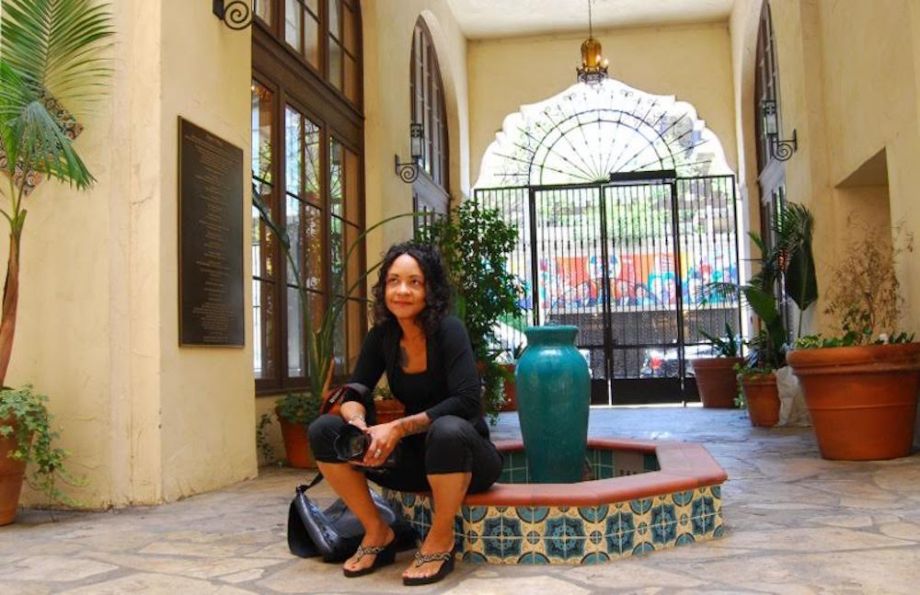 Sprinkled throughout the United States, thousands of properties quietly sit as relics of a particular moment in the country’s racist history, and the survival techniques it engendered. These are the Green Book sites: places that once held inns, restaurants, homes and other businesses catalogued in Victor H. Green’s “The Negro Motorist Green Book.”

The Green Book was published between the 1930s and 1960s as a guide for black travelers. Its purpose was to provide addresses where readers could safely grab a bite or rest for the night while on the road, avoiding the violence and legalized discrimination of Jim Crow.

The Green Book has received significant attention recently, inspiring numerous articles, a traveling exhibition and a children’s book, among other projects. It’s probably not a coincidence that interest in a book aimed at helping black drivers avoid institutionalized racist hostility has piqued during a time when police killings of black citizens — in passenger seats, on sidewalks, in parking lots — has become newly and consistently visible over social media.

In this climate, with anti-black violence and the Black Lives Matter movement on the forefront of our media and cultural consciousness, author and multimedia documentarian Candacy Taylor says now is the time to find, document and revisit the former Green Book sites.

“We have an opportunity here to reexamine our relationship with race and segregation and integration, because we’re as a country ready to have this discussion again,” she says. “Race is a daily topic in the news. So it’s an exciting time to look at this.”

With the support of several grants and fellowships, Taylor has launched a wide-ranging project to locate and document Green Book sites across the U.S. She starts a residency this fall at the New York Public Library’s Schomburg Center for Research in Black Culture — which has a digitized collection of more than 20 Green Book editions online here.

Her long-term goals include creating a book, exhibition and digital map based on her research, as well as having these spaces recognized or preserved as culturally significant.

“Even if it’s about putting a plaque up, or having a mobile app tour, or something to bring some kind of awareness or recognition of preserving this piece of history, I think is important,” Taylor says. “Having that site to actually go to, and look at, and walk into and smell. I think the power of it being this tangible object that we can look to could give us a different opportunity to have this discussion [about civil rights in America].”

Taylor says she aims to work with city and state governments to achieve cultural or historical recognition for the sites.

She has already started a conversation with the Department of City Planning in Los Angeles. Ken Bernstein, Office of Historic Resources manager, says her project “dovetails nicely” with SurveyLA, a citywide effort to identify sites that may be eligible for historic designation, and that L.A. Green Book sites could be added to the online inventory developed as part of the survey.

“By preserving African-American historical places, we tell a truer and more authentic story about the contributions made by important people in African-American history,” says Brent Leggs, a senior field officer at the National Trust for Historic Preservation. “[The Green Book] speaks to the entrepreneurial spirit of the black community, and how we could establish motel accommodations and create the kind of amenities needed to serve our community during the period of segregation.”

There are challenges, however.

“It’s not a top priority,” he says. “It requires a team of professionals that can help to elevate and raise awareness, but also ensure the proper preservation and business planning is advanced to achieve successful preservation projects, and that takes time.”

There are also challenges particular to the Green Book itself. Architectural historian Catherine Zipf is in the early stages of a Green Book project similar to Taylor’s, but localized to Rhode Island, and has found there is a “great deal of ephemerality” to the listings and how their addresses are recorded (plus the occasional error).

“In this information day and age, we can really count on pinpointing where something is and what the address is. And 50, 60 years ago, that was not the case,” Zipf says.

As with most historical preservation efforts, Taylor’s project is driven in part by the precarious state of these sites. In the areas Taylor has already mapped, the majority of Green Book sites have disappeared, she says. Similarly, Jennifer Reut of Mapping the Green Book says that, while her data is limited to where she has been able to travel, of the places she’s visited, about 30 percent of Green Book sites remain today.

“[The Green Book] becomes a really important tool for preservation, because you’re trying to document a community, a built environment, that doesn’t exist anymore,” Reut says. “It’s an excellent tool for excavating what was once a really vibrant black business community, and in most cases have been erased by urban renewal … targeted for highways, some kind of infrastructure move, so they’re completely gone.”

In a recent piece on the Green Book for The Toast, Carvell Wallace illustrates how easily these sites are wiped from cities’ maps, physical landscapes and histories.

In pursuit of information about an Oakland, California “tourist home” listed in the 1950 Green Book, he finally winds up in a quiet, understaffed room of old city directories within Oakland’s planning department. From here, Wallace learns that the house and its address disappeared when the state used eminent domain to build a freeway.

“MLK used to be Grove Street, which used to be a major artery between downtown and the bedroom communities just north of the city proper,” Wallace wrote. “But then freeways became the way people got around. And some streets, like this one, were robbed of their life’s blood.”

For Taylor, documenting and preserving these sites isn’t only about remembering or celebrating them, but also using them to examine enduring structures of racial inequality.

Taylor says she has found that in both cities and more rural areas, Green Book sites are often located within historically black communities. Reut and Zipf, as well as Mike Berry of the University of South Carolina library, who spoke with me about the library’s digital Green Book map, says they have seen similar clustering.

As a result of these patterns, Taylor plans to develop Green Book walking tours, not only to recognize the buildings — or the sites where they once stood — but also the neighborhoods where they tend to be grouped, which she described as misunderstood or even “demonized” by people outside.

“I think bringing people out of their own comfort zones into those areas, to recognize their value, can only help us in this discussion and challenging time about how we renegotiate race and culture and fairness,” Taylor says.

She also envisions her map of Green Book sites including other layers of data relevant to “the way we divide up space economically and racially in this country,” she says. This data could involve incarceration rates, redlining, child mortality rates and felony disenfranchisement laws, plus additional historical information on “sundown towns” — which threatened black people not to stay after dark — and lynching sites.

“It’s ironic that these [Green Book locations] were the sites of sanctuary, these zones of safety and of refuge for black people, [but] have in some cases become war zones and places of danger and strife,” Taylor notes. “It’s important to bring the Green Book out of the past and really recontextualize it in the current cultural paradigm of poverty and race and equality.”

In this way, her project would reflect some of the goals of the Kirwan Institute’s Opportunity Mapping Initiative, which brings together data on myriad neighborhood conditions, from transportation infrastructure to teen births to afterschool programs, to explore ongoing patterns of segregation and inequality.

“There’s still a large cultural normative structure that people understand and that can easily get someone in trouble with the general white public,” says john a. powell, former director of the Kirwan Institute. These structures involve anything from getting denied an Airbnb rental, to being cut off from well-resourced schools or feeling like a visitor among other students, to being shot by a police officer or the neighborhood watch.

“Literally the policing of space is still racialized,” powell says.

And so the impulse to create and locate safe spaces for black Americans isn’t exclusive to the road, and didn’t disappear with the last edition of the Green Book. powell suggests that historically black universities similarly function today as points of access, safety and acceptance.

In an op-ed last November, New York Times columnist Charles Blow touched on the continued relevance of what he called “racial sanctuaries,” after University of Missouri protestors created a no-media space on campus. Though he called that a “misstep,” he wrote:

I grew up in the rural South when racial segregation was no longer the law, but remained the norm. I have gone to predominately black schools most of my life, schools that began so or became so because of white people’s deep desire to resist racial commingling. But what was born of hate, black folks infused with pride and anointed with value.

There existed for me a virtual archipelago of racial sanctuaries, places — communities, churches, schools — where I could be insulated from the racial scarring that intimate proximity to racial hostility can produce.

That is, I assume, what these students want as well.

In reading the 1950 Green Book, Wallace notes that despite the environment of racist violence that required it, the book was not immune to the optimism of the American postwar era. He points to “the smiling, beautiful, often light-skinned travelers pictured on the cover, to the enthusiastic adverts promising everything from moisturizers to portable heaters.”

This optimism is distilled in the introduction printed in Green Book editions from the late ’40s and ’50s, which reads in part:

“There will be a day sometime in the near future when this guide will not have to be published. That is when we as a race will have equal opportunities and privileges in the United States. It will be a great day for us to suspend this publication for then we can go wherever we please, and without embarrassment.”

Publication ended in 1966, two years after the Civil Rights Act was signed into law. By documenting the Green Book sites — what condition they’re in, where they’re located, the context surrounding them — we can potentially get a sense of how far we need to go to achieve the “great day” that Victor H. Green envisioned.

“That’s how I want this map to function. Not just looking at the past and saying, ‘look at how horrible this is,’” Taylor says. “[But] to stop this same cycle that we’ve been in.”