Graphic: How Fracking Works – Next City 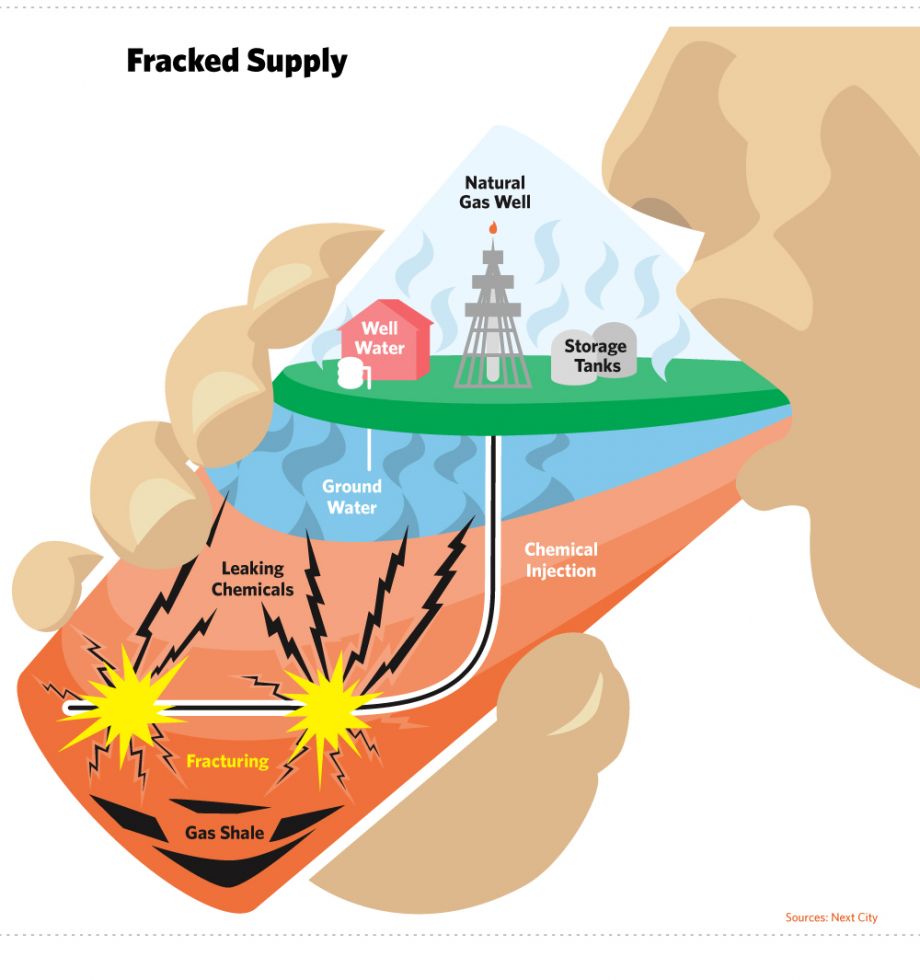 Perhaps no practice has spurred more debate over environmental policy in the last several years than hydraulic fracturing, otherwise known as fracking.

In the last week alone, the issue — which tends to pit those opposed to fracking’s environmental and public health risks against those who see it as an energy resource and job creator — has hit a flashpoint in at least three states. Protests have broken out in Nashville over the University of Tennessee’s decision to allow a private company to frack on its land; Illinois state politicians have called for a two-year ban on the practice to give scientists time to finish an environmental and public health study; and in California, lawmakers are considering no fewer than eight bills that seek to tighten fracking regulations.

In this week’s Forefront story, Sarah Goodyear takes a look at how fracking has touched the city of Youngstown, Ohio, a state with scores of fracking sites. In order to make pipes used in the fracking process, the first steel mill to open in Youngstown in 30 years is on track to hire 350 people. Yet energy companies involved with fracking have been accused of illegally dumping chemicals into the city’s sewer system, and at least 11 earthquakes in the region have been traced back to injection wells — sites where fracking companies dispose of their wastewater by pumping it deep underground.

But what exactly does hydraulic fracturing entail, and what sorts of chemicals does it involve?

As the graphic above illustrates, fracking wells reach far below the earth’s surface to reach shale formations, which contain natural gas. Companies pump in a mixture of water, sand and chemicals that breaks apart the rock and allows the gas to escape. Much of it is recovered at the surface, but some leaks into groundwater above the shale.

The solution used in the fracking contains at least a dozen chemicals, of which an average of 40,000 gallons goes into each well (Goodyear reports that this amount can sometimes run into the millions). The graphic below shows the chemical makeup of a typical fracking solution.