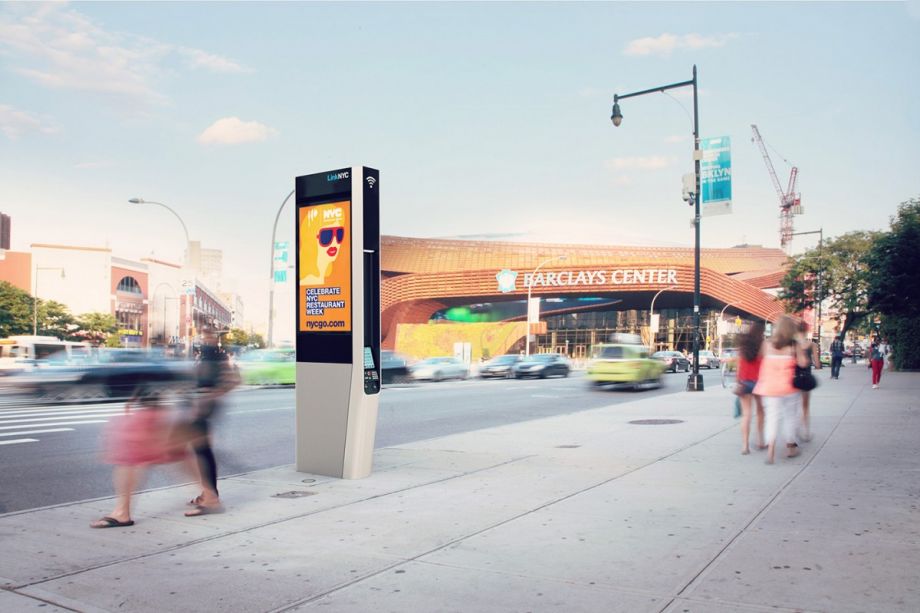 Sidewalk Labs will be leading the acquisition of two companies behind New York Mayor Bill de Blasio’s plan to turn the city’s pay phones into wireless hubs, LinkNYC. The two companies are Control Group, which provides the interface for the new hubs, and Titan, which is overseeing the advertising that will pay for the project.

According to Bloomberg Business:

Come September, tall, thin pillars with digital tablet interfaces and large ads slapped on the sides will begin to replace New York’s derelict pay phone booths. In addition to offering free wireless Internet access to anyone in a 150-foot radius, they will include amenities like free phone charging, phone calling, Internet browsing, and access to local services and information. Through Titan’s advertising network, Link could bring $500 million in ad revenue to the city over the next 12 years, according to Mayor Bill de Blasio’s office. Sidewalk Labs declined to disclose its share of the revenue.

“The vision really is to make cities connected places where you can walk down any street and have access to free ultra-high-speed WiFi,” Dan Doctoroff, who heads up Sidewalk Labs, told Wired. “The possibilities from there are just endless.”

The need to close the technology gap is growing. Though the world is increasingly dependent on the Internet, the Federal Communications Commission estimates that about 55 million Americans do not have access to high-speed broadband.

“We think a lot about equity, and here we have a project that’s going to bring connectivity to people for free and fulfill the needs of government to generate revenues,” Doctoroff told Wired. “It’s an emblematic effort. It seems appropriate that this is our first project.”