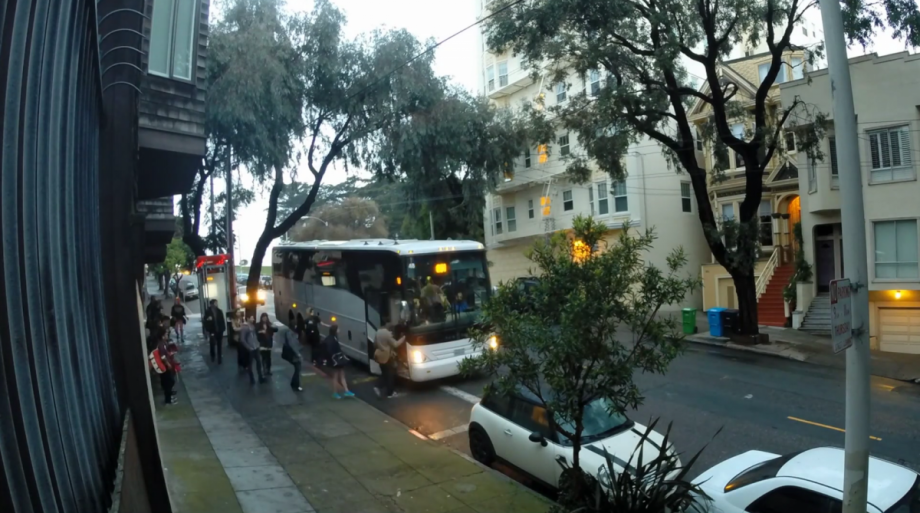 The Bay Area’s notorious Google Buses — though not the only privately run shuttle service vehicles in the region — have come to be a symbol of privatization and gentrification as well as transit. But their ability to actually get riders from A to B, in a bus instead of so many private cars, actually matters to many traffic-weary Bay Area residents, a new poll finds.

The poll, commissioned by a trade association that represents over 400 Silicon Valley companies, asked whether respondents believed that “privately operated commuter bus shuttles have had a positive impact in reducing traffic on local streets and roads.” Seventy-eight percent of respondents said yes, 10 percent said no, and 12 percent had no opinion, according to the Mercury News. The poll reached 600 likely voters in Santa Clara County and was conducted one week in May.

“A lot of people are thinking would they rather be in traffic behind one private company shuttle bus filled with 42 people rather than behind 42 cars, each filled with a single driver,” Carl Guardino, president of the Silicon Valley Leadership Group, told the paper.

The poll also asked whether respondents believed that privately owned shuttles operated by tech companies should be allowed to use public transit stops. Surprisingly, given local controversy around ride-hailing apps that allow their cars to do precisely that, 73 percent of respondents said yes, 16 percent said no, and 10 percent didn’t have an opinion. If the poll had drawn from voters in San Francisco County, where space is scarcer and thus more sacred, the answer might have been different.

The Bay Area’s traffic woes are well documented. Outside of San Francisco, the region’s farm-origin sprawl has made for deeply ingrained car dependence, and difficulties funding enough public transit to adequately serve everyone. A poll last year found that roughly one-third of residents were prepared to move away from the area due to high housing costs and worsening traffic (as well as widening income inequality).

San Francisco has played nice with the Google Bus. As Nancy Scola wrote for Next City in 2014, the city implemented a pilot that year to allow commuter shuttles to use public Muni stops in exchange for compensation. SF MTA has shaped a number of regulations for the private entities since then.