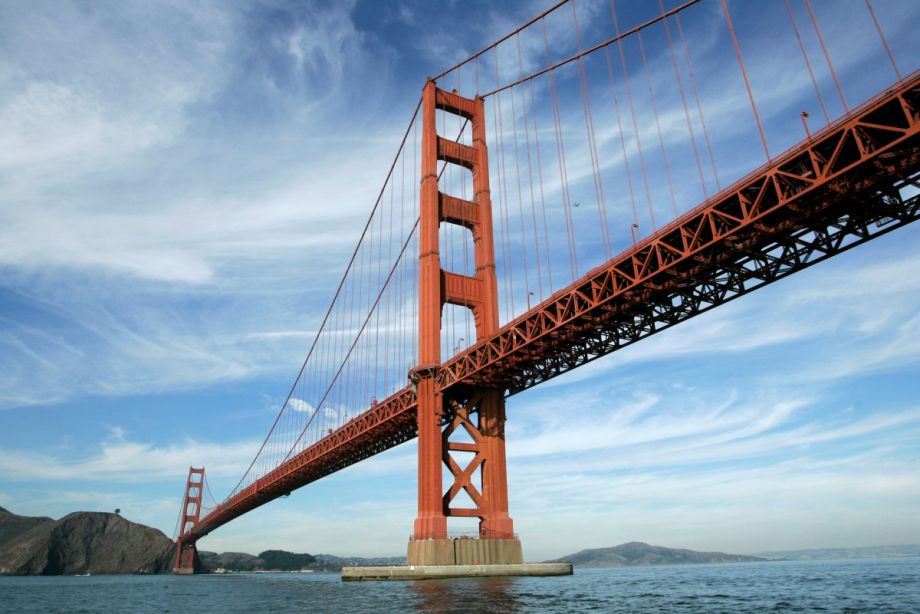 Like the Google bus protests, the BART and taxi strikes that have taken place over the last few years point south, to Silicon Valley. Against a backdrop of transit privatization, the industry’s nosebleed wages and infamous tax dodges have turned the Bay Area into a playground for white-collar techies and an eviction sign for the blue-collar workers who maintain it — or so the simplified narrative goes. But a Golden Gate Transit workers strike on Friday will draw attention to the region’s northern corridor, which also faces cost-of-living hikes, but for simpler and more longstanding reasons that have less to do with Palo Alto.

The strike is expected to last all day Friday, when buses that would normally shuttle about 22,000 people across the Golden Gate Bridge will be grounded. Dispatchers, supervisors and maintenance crews organized the strike, and though not actively participating, drivers plan to honor the picket line according to SF Gate.

The Golden Gate Transportation District operates bus routes between San Francisco and Sonoma County, an hour north, as well as several lines across the eastern Bay Bridge between Marin County and Richmond. Its ferries also travel between San Francisco and Marin. Currently, the District and its labor unions are negotiating a three-year contract, and a high-deductible healthcare proposal has been met with resistance.

“That’s our main speaking point,” says Tim Jenkins, who represents workers with the Teamsters Local Union 856. “What they’re moving is a high-deductible plan with up to $12,000 out of pocket per family. That’s what we’re trying to stop. Workers will be fine if they’re lucky and don’t get in a car accident or get cancer.”

According to a statement released by the District, the controversial plan is actually optional — a concession made during bargaining. The employer would provide a debit card in the amount of $12,000.

However, the healthcare plan is only one detail according to Jenkins. Union members are also concerned about the region’s inflated cost of living — and the failure of wages to keep up. Workers make between $50,000 and $90,000 annually, but that doesn’t go quite as far as you’d think in San Francisco, where the median rent for a one-bedroom tops $3,000 a month, or even in northern Marin, where an average one-bedroom rose to $2,000 earlier this year. According to a graph released by the union, pay increases have fallen about 12 percent short since 2003.

The transportation agency, meanwhile, operates primarily on tolls and fares — and is also trying to balance affordability for its riders.

“We aim to strike a balance between fare expenses for our ratepayers and the needs of our employees,” writes spokesperson Priya David Clemens in an email. Claiming that the District’s pay and benefits are some of the best in the Bay Area, she adds: “We strive to show our employees that we appreciate and respect their work for the District, while also being a good steward of the tolls and fares we receive.”

But according to Jenkins, the disparity between wages and living expenses creates a disturbing trend that’s highly visible around the increasingly sprawling Bay Area. Though regional planners wish to incentivize and concentrate growth around the routes operated by the Golden Gate Transportation District, the workers who run those buses are being priced away from their own transit lines. Jenkins doesn’t have any figures on where union members live, but anecdotally he says that families using “every penny to pay the rent” are leaving San Francisco and even Marin.

“Just like other people who used to be middle-class in the Bay, they’re having to move further and further away,” he says.

Housing prices in the region served by Golden Gate Transit are also tied to tech money, especially as people migrate out of the city. But stand on the Golden Gate Bridge and look north and you’ll see the Bay Area’s other, more longstanding affordability issue: lack of space.

That may sound counterintuitive. After all, if you look north on the Golden Gate, what you’ll actually see is rolling, undeveloped hills. Take Golden Gate Transit’s Route 70 and you’ll see oak trees, redwoods and a vast salt marsh.

But the former home county of John Muir suffers from its own historic conservation. About 80 percent of Marin is dedicated open space. And while that may sound great for containing sprawl, the Bay Area is growing and Marin is especially constrained.

In June on this website, Diana Lind wrote: “Perhaps more than any other American city, San Francisco’s housing crisis is fueled by insufficient supply.”

Her story describes how the city’s progressive politics can demonize growth, along with the developers and white-collar workers that supposedly stand to gain. But in so doing, those policies limit housing supply, which drives costs skyward in such a high-demand area.

And the same anti-growth homeowners Lind describes in San Francisco also own property in Marin. Efforts at transit-oriented development along the 101 corridor — the goal being to have more people using services like Golden Gate Transit — have, in the past few years, caused some communities to secede from the regional council and others to simply defy their Housing Element Update. And so cost of living escalates, little new space is developed and, as in San Francisco, maintenance workers are driven away from the services they are supposed to maintain, furthering sprawl in such a sprawl-averse area.

Just as the Google bus protests were a symbol of new wealth run awry, Friday’s strike will showcase this other affordability problem, evident in a landscape where fewer buses will run. Even the best-laid plans for smart growth are compromised as the very workers operating fuel-cutting buses are forced into longer and longer commutes.