Go Out to Eat in Alexandria, Help Finance Affordable Housing – Next City

Go Out to Eat in Alexandria, Help Finance Affordable Housing 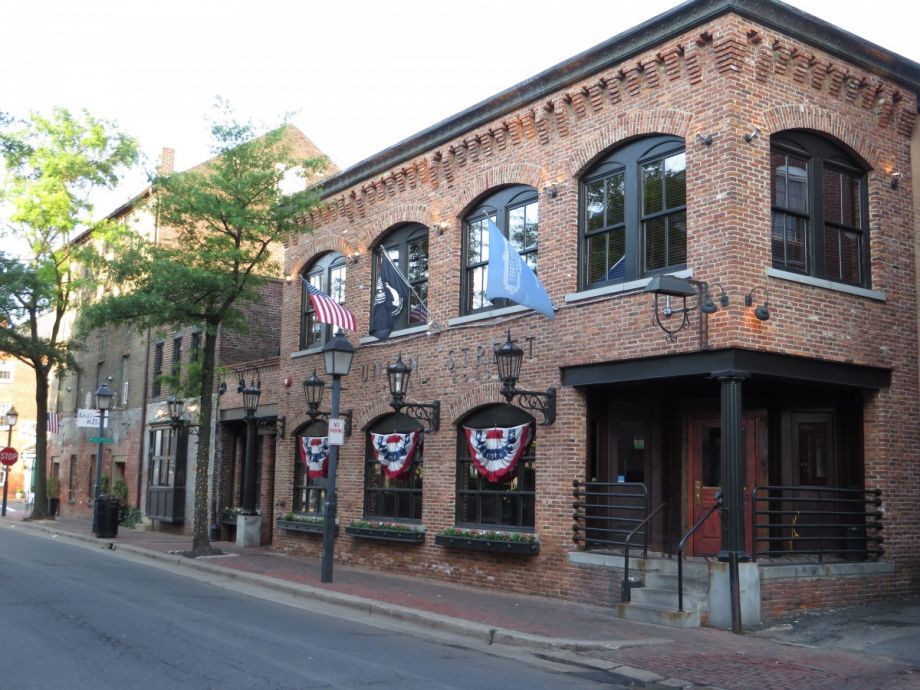 First-term Alexandria City Council Member Willie F. Bailey grew up in public housing, later moved to subsidized housing, and was eventually able to buy his own house, but that “mobility escalator” doesn’t work the same way today in the Virginia city.

“I’m a single parent, and I put two kids through college, busting my butt,” says Bailey. “And they can’t afford to come and live in the city that they were raised in.”

Eighteen years ago, the city of Alexandria, Virginia, had a population of around 130,000 people and more than 18,000 market-rate affordable housing units — rental apartments that are affordable for people making 60 percent of area median income without a public subsidy.

Today, according to the Office of Housing, the population has grown to more than 150,000, and the number of market-rate affordable rental units has plummeted to fewer than 2,000. Over that same period, the median income in the area grew by a third, and the cost of rental housing nearly doubled. Not surprisingly, the number of cost-burdened households in the city has jumped over the same period, according to the nonprofit group Housing Virginia. And while concerns about housing affordability are growing around the D.C. metro area, and around the country, the responsibility for finding solutions increasingly falls to local officials.

Last week, Alexandria City Council agreed on a proposal, championed by Bailey, that would raise the local tax on restaurant meals by one percent, directing the proceeds to affordable housing. The new local meals tax would five percent, which, coupled with the 6 percent state meals tax, would bring the total tax on a restaurant meal to 11 percent, or 20 cents more on a $20 meal than the current tax rate.

The city expects the meals tax hike will raise around $4.75 million a year to be dedicated to the preservation or construction of affordable housing, or financial assistance to renters or homeowners. In accord with its Housing Master Plan, the city is hoping to create or preserve 2,000 affordable housing units by 2025.

The proposal won support from a majority of council members despite opposition from local restaurant owners. Bailey says he wanted to keep Alexandria’s meals tax roughly on par with those in Norfolk, Virginia Beach, and Richmond. He also notes that some 70 percent of restaurant taxes are paid by patrons who live outside of Alexandria. With the city’s historic “Old Town” being ranked the top affordable tourist destination in the U.S. by Money magazine this year, an additional one-percent tax on restaurant meals will hardly be a deterrent, Bailey says.

Sales and consumption taxes are regressive, notes Richard Auxier, a research associate at the Tax Policy Center, a joint venture of the Urban Institute and the Brookings Institution, because they create more of a burden on people with less income. But restaurant taxes are slightly different, because while everybody eats at restaurants, wealthier people are more likely to eat out, and to spend much more money when they do so.

“Yes, a consumption tax is regressive,” Auxier says. “But if there’s a progressive way to do it, this is it.”

Moreover, because Alexandria’s restaurants draw so many patrons from outside the city, the tax is largely passed off to people visitors who don’t live in the city.

Normally, good budgeting practices call for a strong link between the tax burden and the tax benefit, the way gasoline taxes are paid by drivers who use the roads that those taxes help pay for, Auxier says. But cities with lots of visitors can see their services strained by people who aren’t typically paying for them, and a restaurant tax is a way to pull in additional revenue from visitors. While there’s no natural connection between restaurant tourists and affordable housing, cities that are growing larger and wealthier are looking for ways to pull in more revenue from the people who are benefiting from their growth, Auxier says.

And obviously, raising taxes that primarily fall on visitors is smart politics, Auxier points out. While some will worry that growing tax burdens make a city less attractive relative to nearby places, Auxier says the meals tax in Alexandria would have a lot of room to grow before that becomes a real concern.

Bailey, who is facing reelection this year, says that he has campaigned on issues related to affordability, and now he’s just trying to follow through.

“With development in Alexandria continuing to grow, the need for subsidies to serve lower and moderate income households increases and we will be at a shortfall,” he wrote in an Alexandria Times op-ed in April. “Citizens and advocacy organizations alike have asked once again for a reliable, dedicated source of funding. That’s what I intend to do.”

The city currently asks developers for voluntary contributions to its housing trust fund in exchange for density bonuses. Bailey says that he is considering expanding that program. But the city’s affordable housing efforts need predictable funding, too, he says.

“This is not intended to punish the restaurants,” says Bailey. “I’m hoping they see it as trying to help their employees.”